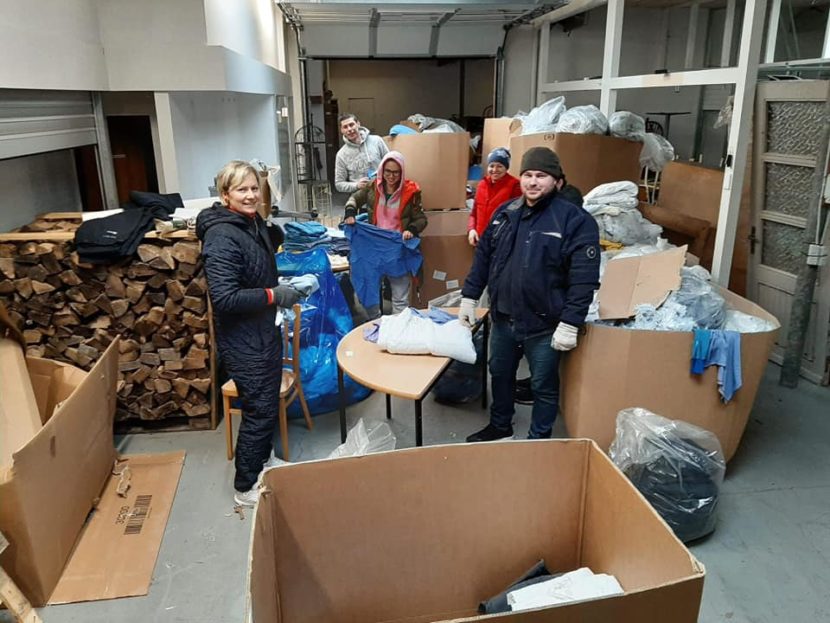 Bevar Ukraine: Ukrainians living in Denmark are helping their homeland

For some people who moved to Denmark from a less developed country, this change provides the opportunity to help compatriots in the motherland. Since Ukraine is suffering from Russia’s military aggression, the Ukrainians living in Denmark have established a non-profit humanitarian organization Bevar Ukraine (“Preserve Ukraine”). The challenges for Ukraine have changed over the years, so the focus of its work also has changed. Chairman of Bevar Ukraine, Andriy Kuzmyn, tells about how this movement has started and what Ukrainians in Denmark work on nowadays.

How it all started

“I remember when the Revolution of Dignity just began in 2014. I was quite sceptical thinking it would be almost impossible to make any changes. But later on, it scaled. My brother who lives in Kyiv was going to Maidan (central square of the capital, place of protests – ed.) every day. My dad who lives 500 km away from Kyiv was going there every two-three weeks for a couple of days. When the tragic moments happened – the blood was shed and people killed, most of Ukrainians living abroad felt their belonging to the country”, Kuzmyn recalls.

The tragic events started in the end of November 2013, when the Ukrainian president of that time, Viktor Yanukovych, refused to sign an agreement on Ukraine’s associate membership in the European Union. This decision led to peaceful protests attended by 1,500 people in Kyiv. When the authorities brutally dispersed the demonstration, more people came to Maidan to protest the beatings. However, the authorities went further and, in February 2014, more than 100 protesters were shot dead. After that, even those who didn’t care much about joining the EU decided to take public action. On 22nd February 2014 president Yanukovych fled to Russia where he has been hiding ever since.

At the same time, when Ukraine was in chaos while regime changing, Russia annexed Crimea and pro-Russian protesters supported by Russia both military and materially, tried to seize administrative buildings in the regions close to Russia. The unannounced war has started. Of course, all these events couldn’t leave Ukrainians living abroad indifferent.

“I was ready to leave everything, go back and bear the arms to protect my country. However, it’s not that simple decision. Then I heard an opinion that those who didn’t defend their country with weapons should become volunteers and help their country in other way”, Kuzmyn tells.

For this reason, Andriy joined like-minded Ukrainians living in Denmark who established Bevar Ukraine. At the beginning this organization was sending warm clothes, medicines and medical equipment to Ukrainian military forces protecting eastern borders of the country as Ukrainian army was very poorly equipped.

“After a year or two the situation has changed: the army is much better provided. Still, we have an amazing team of people here, so we decided to keep helping Ukrainian schools, kindergartens, orphanages, hospitals and nursing homes”, the chairman of Bevar Ukraine explains.

What Bevar Ukraine does now

The war has been devastating. The Office of the President of Ukraine estimates the need for financing the restoration of Ukraine-controlled Donbas territories at EUR 372 million. And yet, big territories are still out of control, so the total number will be much higher. To help people living close to front zone, Bevar Ukraine implemented three humanitarian projects in that localities in 2019.

“Those projects were aimed to support people who suffered from the war. We know that the cargo we sent was rather small (3 trucks, around 40 tons), but it is important to show people that they are not forgotten, that Ukrainians in Denmark still read Ukrainian news and want to help”, Kuzmyn says.

But not only the conflict zone is the target of humanitarian aid of Bevar Ukraine. As the head of the organization explained, the humanitarian cargo go to social institutions all over Ukraine: most of them, especially in small cities and villages, are in poor condition regardless of the region, when it’s a few times cheaper to deliver the goods to Western Ukraine than to Central or Eastern part of the country.

“Denmark is a very progressive country, and fixed assets here are renovated very often: hospitals can change beds every 7-10 years, and quality is so good that they look like new. And beds in Ukrainian hospitals can be from the Soviet times, more than 30 years old. Thus, equipment that is written off by Danish institutions can make a significant difference when donated to some institution in Ukraine”, Kuzmyn says.

For this reason, Bevar Ukraine looks for hospitals, schools, municipalities, other organisations and private companies who are willing to donate their equipment, the chairman says.

In this year, Bevar Ukraine plans to expand its scopes and start new directions. In particular, the organization in cooperation with its partners in Ukraine is working on educational project on rehabilitation of people with post-traumatic stress disorder (PTSD) for Ukrainian psychologists.

“The medicine in Ukraine is of a soviet model, so health care in terms of psychology is underdeveloped. There is a lack of specialists who are able to help people with PTSD, while the problem is growing. When a person with PTSD comes back from the war, the syndrome expands on the entire family”, the head of Bevar Ukraine explains.

The project involves searching for experienced specialists in this field who could teach Ukrainian doctors.

“Now we are into negotiations with two leading Dane psychologists who are interested in this topic and ready to come to Ukraine to make courses for Ukrainian doctors”, Kuzmyn says.

Besides, Bevar Ukraine plans to enlarge its humanitarian cargo projects: if nowadays humanitarian aid is limited to about 8-10 lorries per year, it can be increased by several times.

Thereby, the NGO that was established to resist Russian aggression in Ukraine, later on found the way to apply its capabilities to help Ukrainians who suffered from the Russian-Ukrainian war and badly equipped social institutions in other regions of Ukraine.

As on the beginning of 2019, the United Nations estimates the number of victims of war in eastern Ukraine to 13,000 (a quarter of them – civilians) and more than 30,000 injured. Nearly 1.5 million residents of Eastern Ukraine and Crimea have been forced to leave their homes. And the struggle over Ukraine’s sovereignty isn’t over. But Ukrainians within the country and those living abroad never give up and do their best to protect and improve their homeland.

For more information about Bevar Ukraine visit its website www.bevarukraine.dk. In case of any questions, you are welcome to contact its chairman Andriy Kuzmyn: +4529720767. 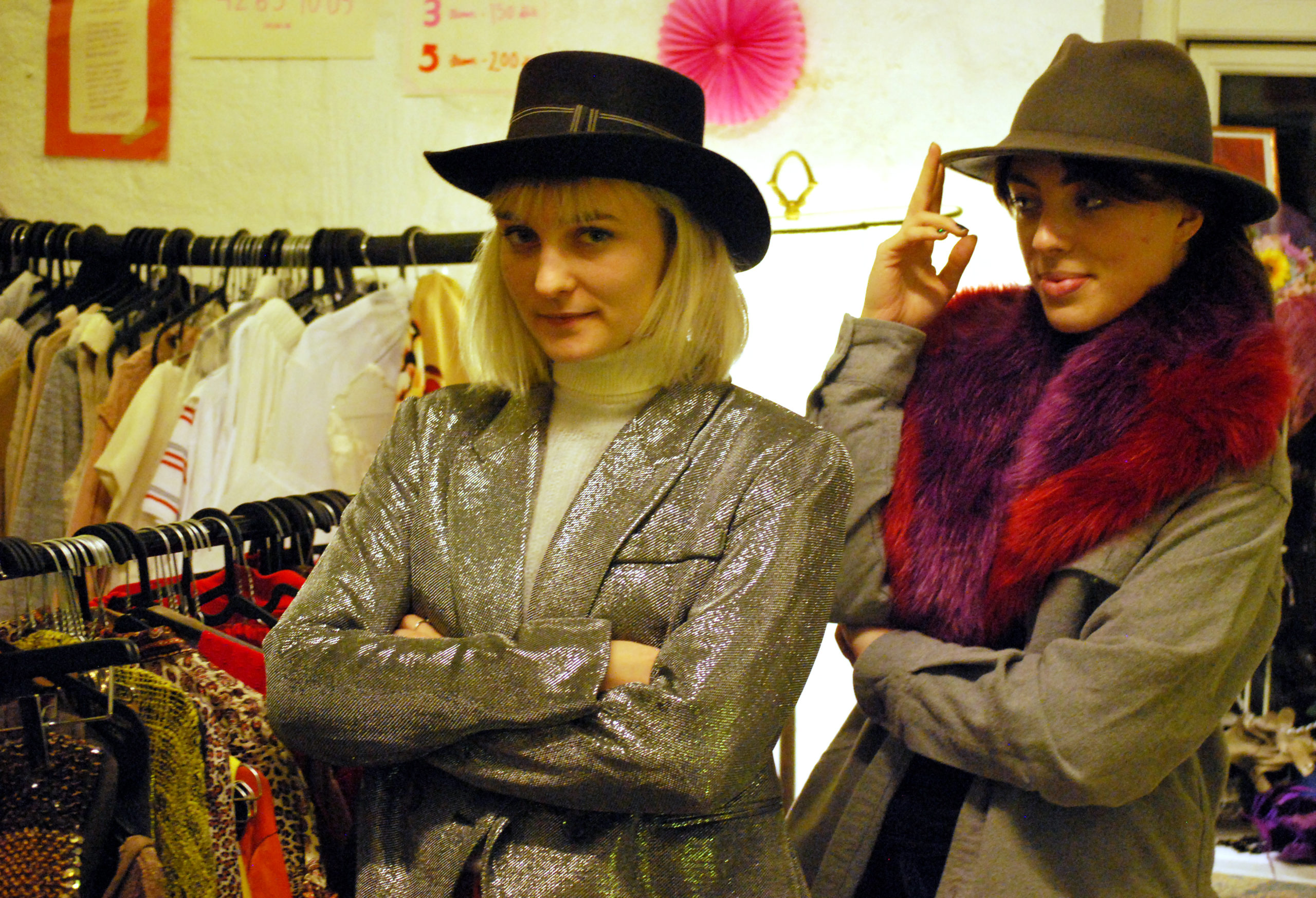 Previous article « Sustainable Fashion in Aarhus: bring a change while having fun