For the international community, Denmark conjures up images of gritty TV series, cool design and Nordic food, but we should add a winning entrepreneurial culture to our list. Last year Denmark was declared the best country for entrepreneurs in Europe by the Global Entrepreneurship Index. It also came an impressive fourth worldwide after the US, Canada and Australia.

In Jutland the startup bug has definitely bitten, and according the Mayor of Aarhus, around 1,200 startups are launched every year in the city, with a survival rate of 76% in the first three years. Creative spaces have been developed to house these entrepreneurs and enable them to meet and collaborate. We visited two of these collaborative hubs, LYNfabrikken and VAERKSTED, to learn more about the culture of entrepreneurship in Jutland. 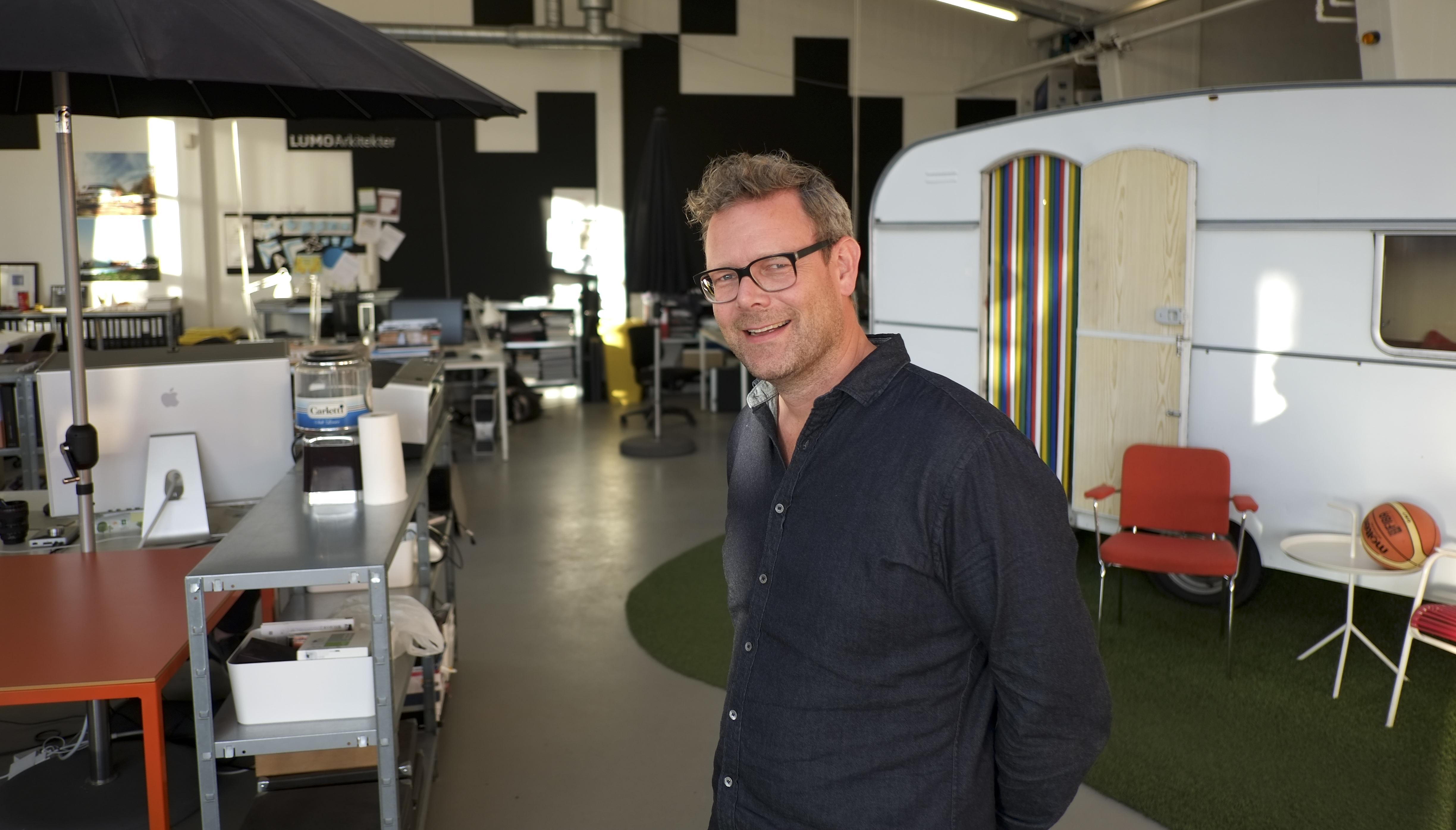 Old factory, new ideas
Our first stop was LYNfabrikken, (‘the old light factory’ in English). For co-founder Jeppe Vedel the place “has always been about inspiring people… We want to put people together so they actually can be better at what they want to do,” he says. Jeppe doesn’t use the term ‘co-working space’; instead he calls LYNfabrikken an “office hotel” because he wants to emphasise the feeling of leisure and relaxation.

Relaxed conversations, he believes, cultivate creativity and collaboration far more than a relentless work ethic can. The key is to connect people, and he takes this mission seriously. The tables in the building’s central café have been designed especially narrow and in one continuous line so customers are obliged to interact and start conversations. With Denmark’s culture of privacy and respect for people’s personal space, Vedel says that sometimes strangers need a bit of a “nudge” to interact and engage with one another. 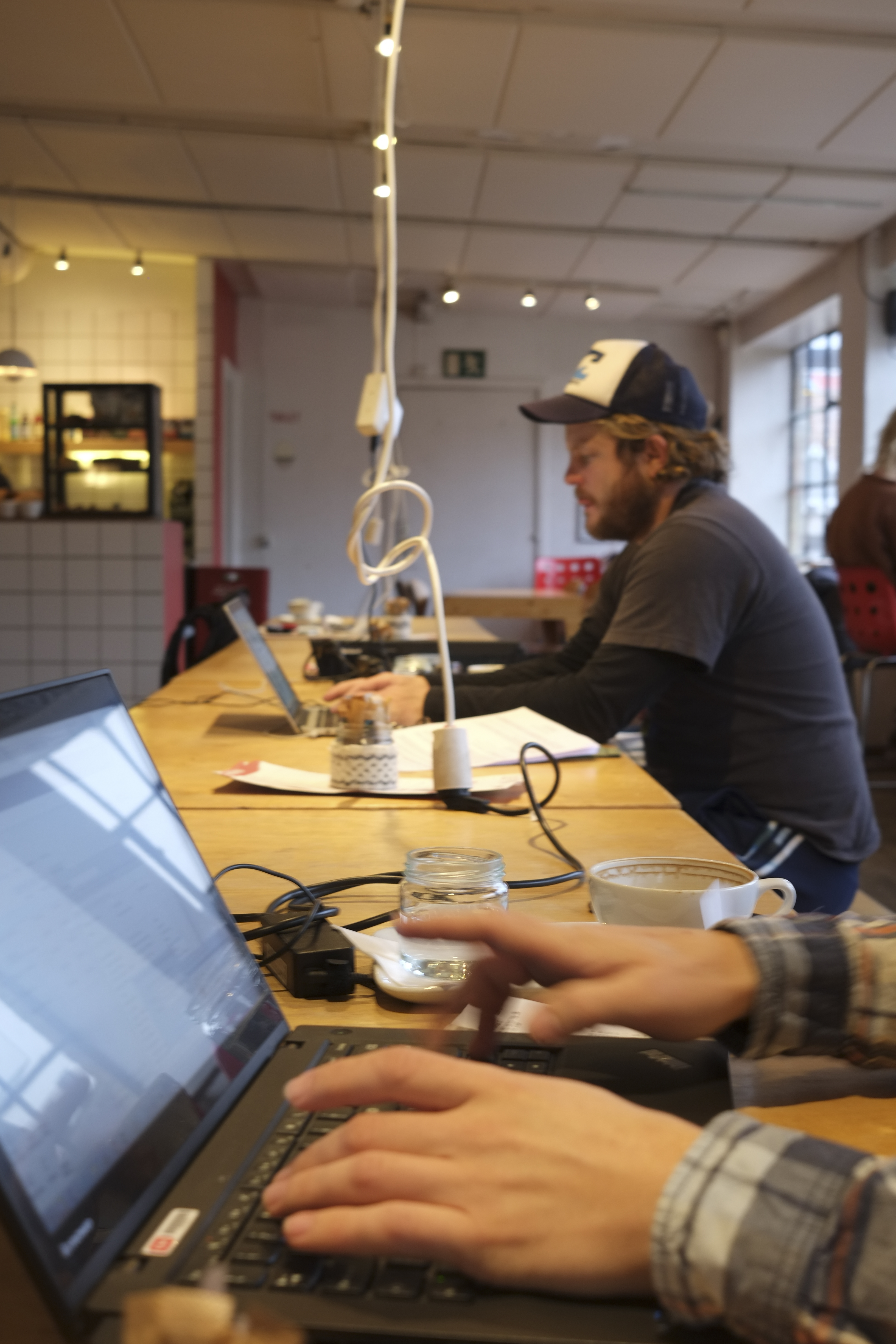 Just down the road and out of the city centre you will find VAERKSTED (literally translated as ‘workshop’). A lofty ceilinged building almost like an aircraft hanger, it sits in a quiet business park. Entrepreneurs work in one light filled area, but if they need a little privacy they can head into the internally parked caravan for a quiet chat or some alone time!

Founder Ulf Gaardsted also stresses community building, saying “we want to attract people and companies that create something – it’s irrelevant if it’s a knitted jersey or an opera house for Oslo. People are working on stuff that’s a little weird sometimes, but you’ll always be inspired by them.”

Creatives in the building range from a Brit who is experimenting with the sensory experience of archaeology through touch and smell (look out for another story coming up on this), to architects and a robotics team. The camaraderie is epitomised by an ongoing chess game between two of the members. The chess opponents don’t even need to be in the same room to keep the game’s momentum, they just place a sticky note on the chessboard to explain their latest move, and so their game continues. 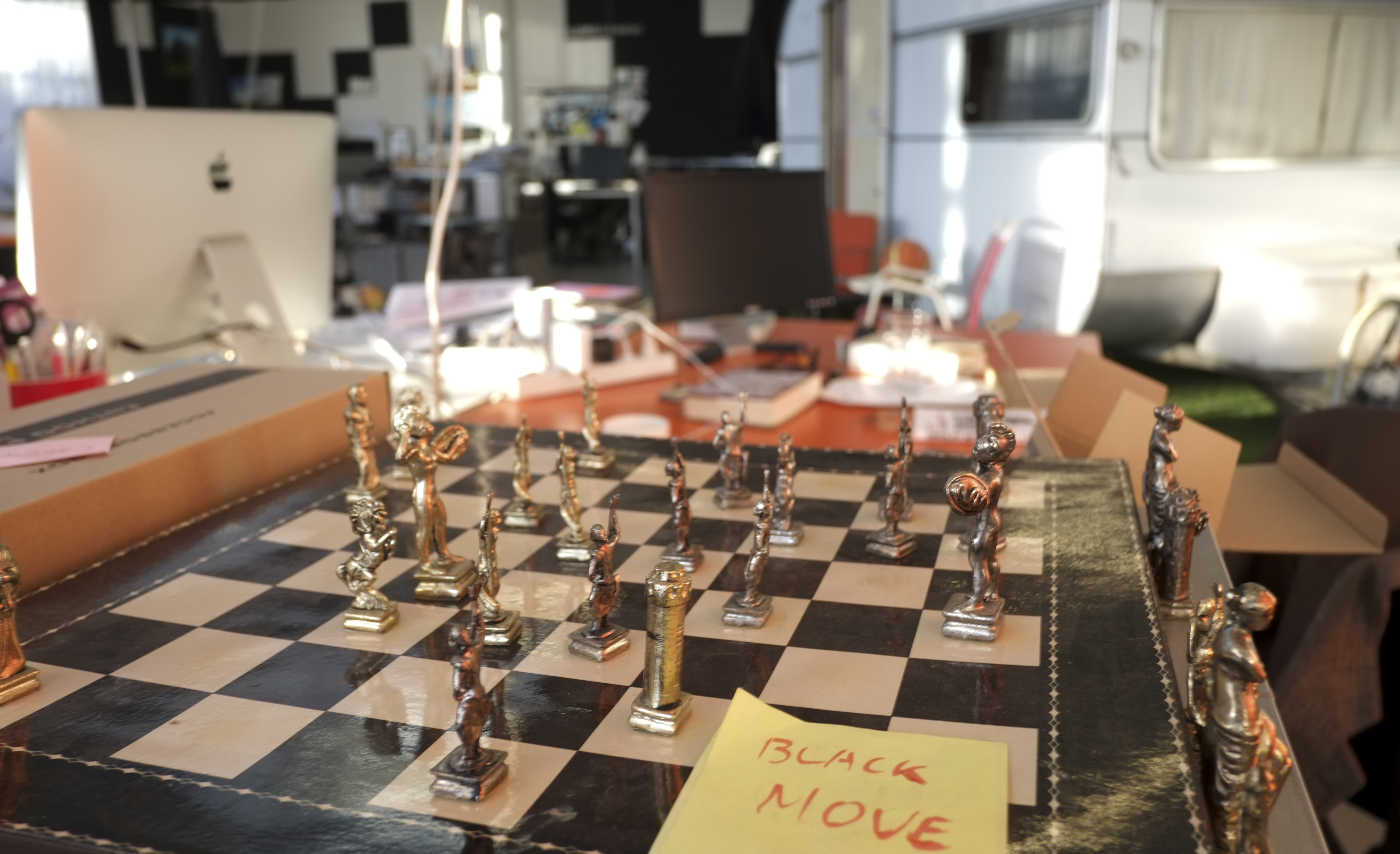 Taking a break with a game of chess at VAERKSTED

Doing it the Danish way
The growth of startup culture is not unique to Aarhus; across Europe and the world investors and governments are looking to entrepreneurship as a possibility to combat slowing economic growth. What may differ is a particular Danish culture and structure to many of these entrepreneurial endeavours.

Mathias Selchau Majlund is the Business Developer for Tadaa!, a successful and expanding car sharing startup based in East Jutland. Mathias described the concept of a “BMW culture” in Denmark, which differs from innovation centres such as Silicon Valley in the US. Majlund is super ambitious, and with his colleagues hopes Tadaa will roll out to Europe and beyond, but he explains that some other entrepreneurs are following a different model. He described how many Danish entrepreneurs are not consumed with launching the next multi-million-dollar venture which can be taken “to exit” and sold to the highest bidder. It is the ability to afford a nice car, not necessarily a fleet of super cars and a super yacht, that is the goal. Instead, the argument goes, these Danes are looking for freedom and a healthy lifestyle.

Gaardsted from VAERKSTED, started off his career with plans to make it big; it was all about the “prestige” as he built up his advertising company and launched five co-working offices in quick succession. After his business folded during the financial crisis, he explains “I totally hit the ground with stress personally and becoming ill from it.” He bounced back with a new drive for being self-employed, but this time he says “I’m in it for the time and flexibility. I have a super fantastic balance in my life and I’m able to live a flexible life with enough room for me and my family for taking time off and also having interesting projects to work with.” Vedel from LYNfabrikken calls this “designing your future”. He explains,  “what we talk about a lot is how can you design it so you think Monday is wonderful?” 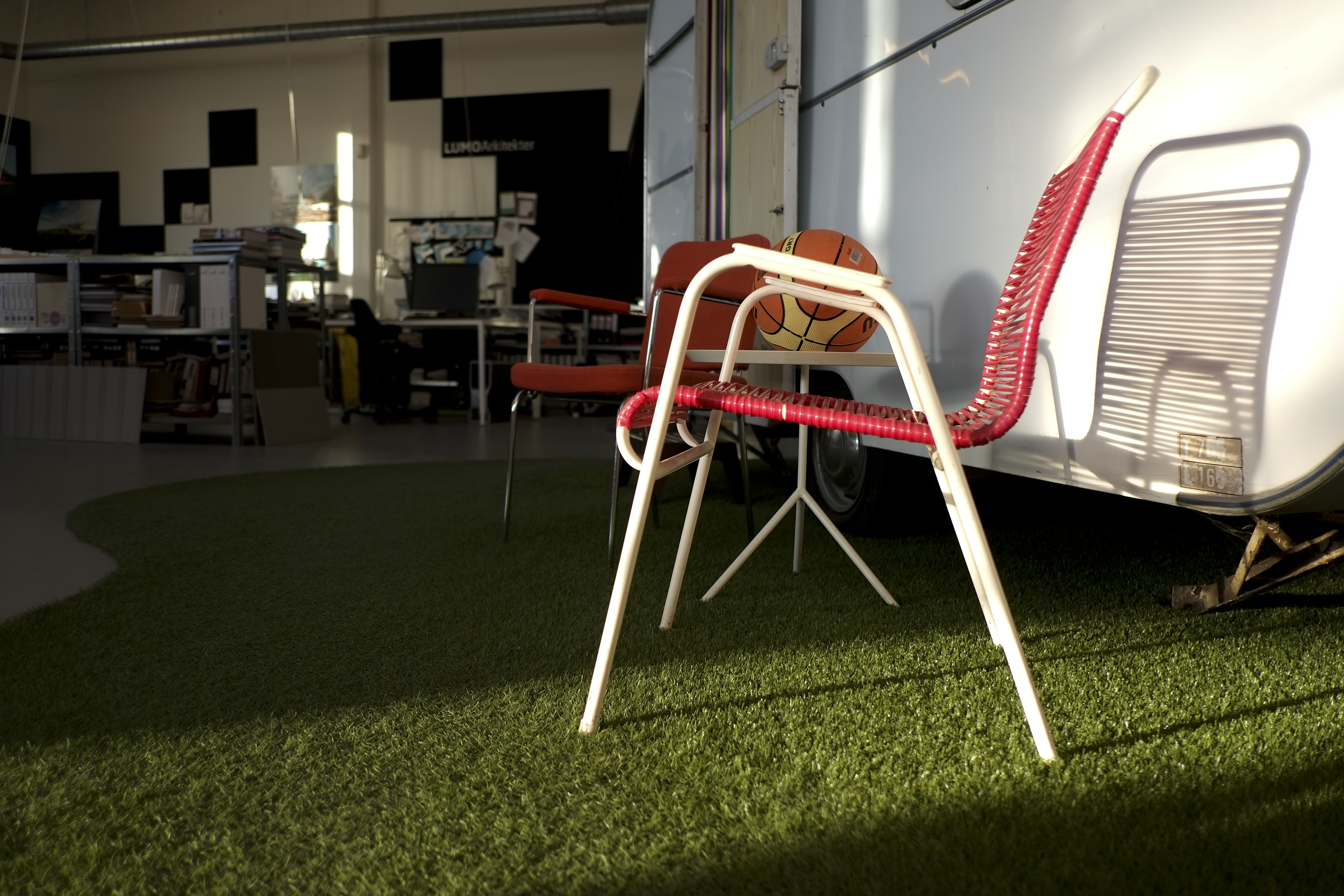 Entrepreneurs in Aarhus strive for a good work-life balance

The nuts and bolts
There are practical reasons for believing small is beautiful when it comes to starting your own business in Denmark. Employees’ salaries can be prohibitively expensive. Workers benefits such as generous holidays and sickness packages, whilst providing fantastic protection for individuals, can place a significant strain on a young company whilst it builds its foundations. This has lead to some criticism that Denmark is not building companies that build to scale, but perhaps this is just a different culture of entrepreneurship. Stinne Bille, a communications consultant for the City of Aarhus, says “we are seeing a rise in free agents who are drawn together to work in clusters. Their main driver is that they want to be masters of their own time.”

The municipality tries to offer a supportive framework for these entrepreneurs to do what they are best at, make their own luck. One way the local government assists new startups is by offering unused public buildings for a short period of a few years at low rents. This practice ensures that entrepreneurs have affordable work environments and at the same time brings life to under-utilised spaces in the city. The runaway success of the Aarhus Street Food project was set up in this way. A local entrepreneur, Kasper Kragelund, came up with the project, and the municipality found an old garage at the central bus station to house an array of small-scale local food companies.

#Aarsome Aarhus
LYNfabrikken and VAERKSTED are far from the only places housing the growing number of Aarhus startups. In the early 2000s there was just a handful of entrepreneurial hubs; now there are around 50 scattered across Aarhus. The project #Aarsome has also recently been launched and is modelled on the highly successful #CPHFTW (Copenhagen For The Win), a community initiative which supports entrepreneurs in the capital.

With an a growing culture of free agent enterprise, a supportive local government and growing international recognition, it looks like the startup revolution has well and truly arrived in Aarhus. Jeppe finishes our interview excited about the future: “I think  in Aarhus there is a new dawn, there’s a new beginning, people smell the morning breeze,” he says. “For many years Aarhus has been in the shadows of Copenhagen, but now people are saying ‘we need to do something that can compete with the world.’” 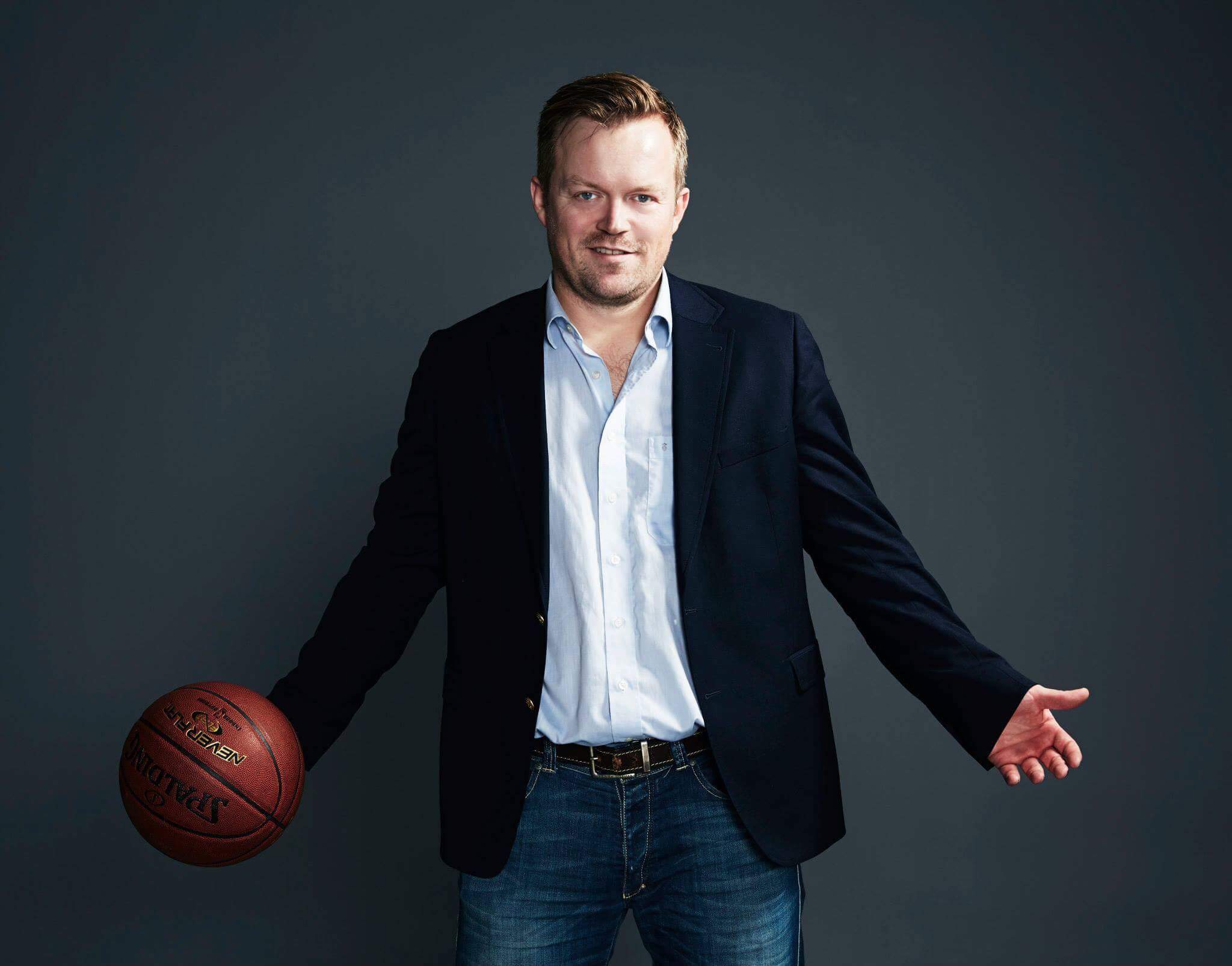