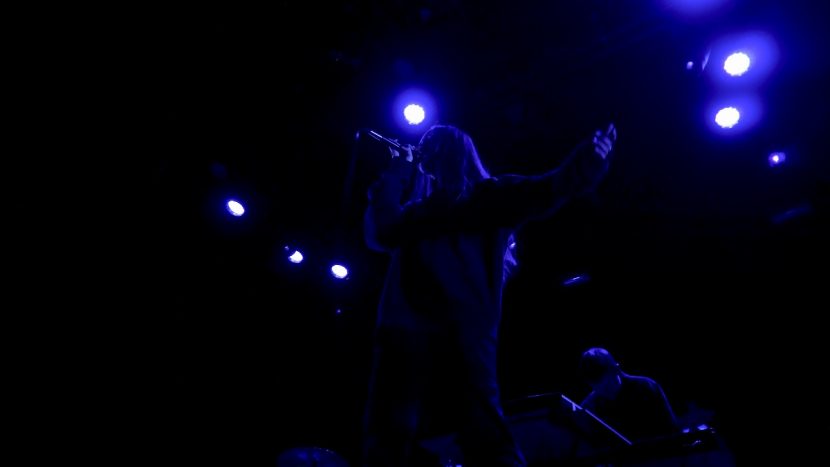 CHINAH is the sound of Copenhagen cool kids

Saturday night at 00:45 at Spot Festival, CHINAH took us to their world of luminous music. They were one of the last performances of the three day musical marathon of great Danish and international talents.

In May 2015, the group debuted at the SPOT Festival and released shortly after their debut the single ‘Away from me’. Experiencing their live show four years later at Aarhus Congress Center, it becomes obvious that all members of the band are gifted, singular talents. Singer Fine Glindvad, guitarist Simon Kjær and synth player Simon Andersson are connecting genres of electronic, synth-pop and minimalistic R&B. 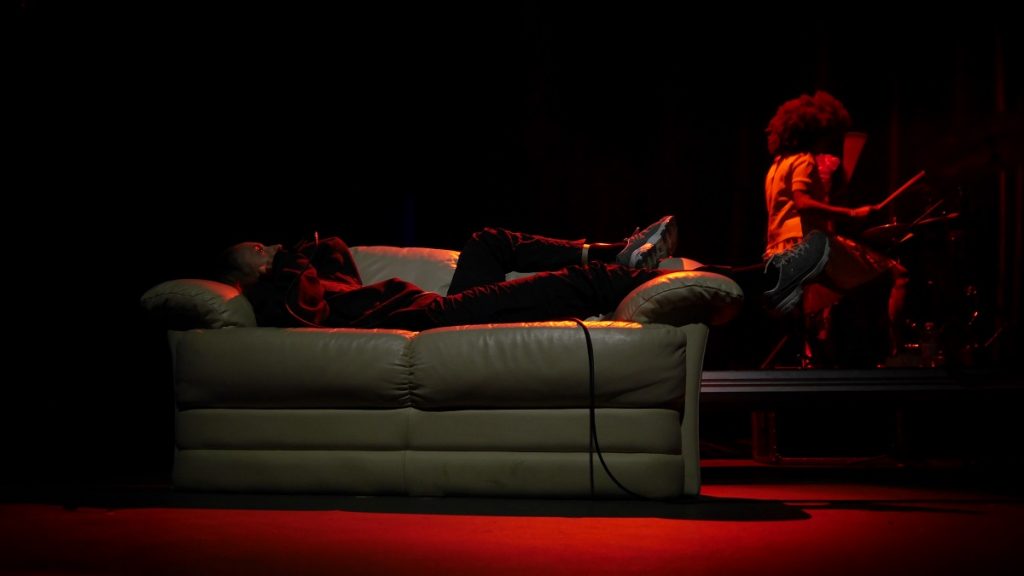 As the lights went down, one could hear a soft voice coming from the sofa (photo: Kankanit Wiriyasajja)

Their soft vocals as alternative electronica, seem so familiar that it could be almost mixed it up with other young talents of contemporary pop, such as FKA Twigs, Frank Ocean or Banks. CHINAH defines their approach to music as such: “It’s easier for us to think about music in terms of contrast and dynamics, or how it makes you feel, rather than defining a genre.”

The members of the band, all coming from Copenhagen, met each other in high school. However that wasn’t the beginning of CHINAH, but the start of true friendship. At that time, Glindvad was mostly singing folk songs and Kjær backing her up with the guitar. It took until 2014 for CHINAH to be officially founded.

The concert is late at night, but CHINAH managed to fill up almost the whole Congress Center. Strobo-Light, Drumbeats and Fine Glindvad dramatically laying on the stage. One second, it’s almost quiet, just Glindvad’s vulnerable voice hearable – the other second, percussion drums exploding as loud as of a metal-punk band. 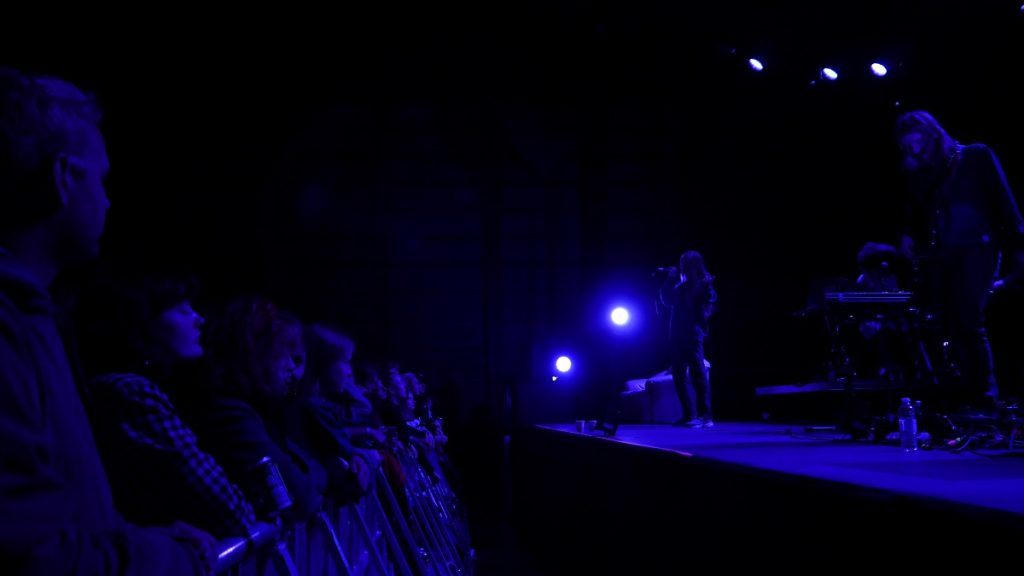 The blue lights were dimming as the band performed “Away from Me” (photo: Kankanit Wiriyasajja)

That’s the interesting fact about the band: the way they are presenting the music in terms of emotions and melody. They prefer realism instead of overly emotionalizing. Even though some songs seem very emotional and sad in their lyrics, it is not presented emotionally melody-wise. It shows a balance between emotion and detachment, vulnerability and strength, and shows contrast and dynamics. Makes their sound even more subtle.

„It’s crazy, almost liberating listening to their music. Maybe because the melody is lighter than the lyrics. I don’t get how you can have so many contrasts within one song.“, says Anton, 23 years old. His friend Mathias, 24 years, is also a fan: “I like them. Thought they were too popular to play on Spot, but I mean, good for us.“ 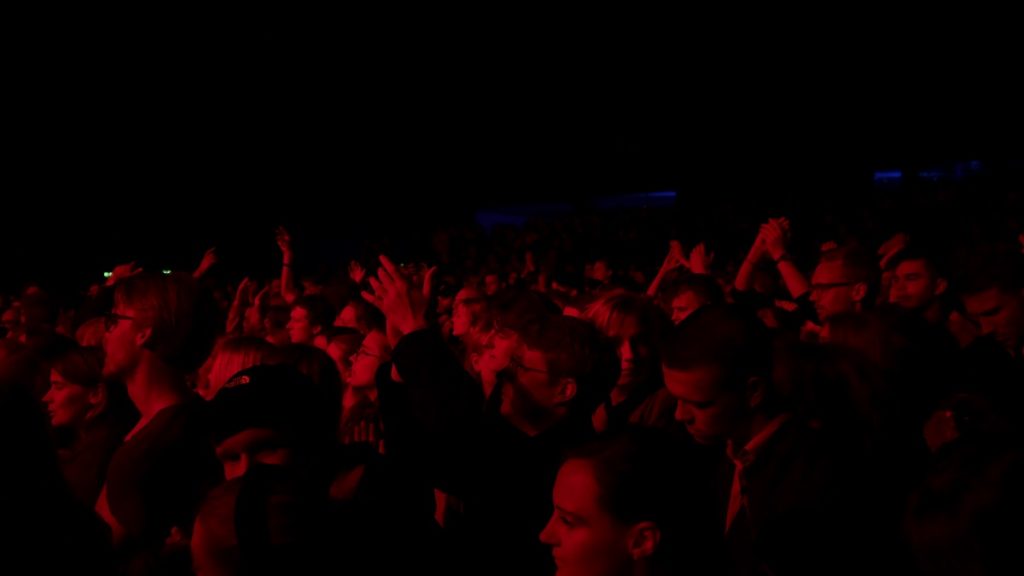 The audience tried to grasp the last moments of the festival with CHINAH (photo: Kankanit Wiriyasajja)

Watching the band on stage is like watching cool and independent musicians with a determined concept. CHINAH went through a long journey evolving and creating a challenging sound. Their experimental synth pop has not just a challenging sound, but is mostly challenging people within the boundaries on pop.

An eventful performance that didn’t bring just Aarhus’ Congress Center to shake, but the SPOT festival also to an end. However, looking at the last three days full of all kind of musical vibes, we are eager for next year’s upcoming artists at SPOT 2020! 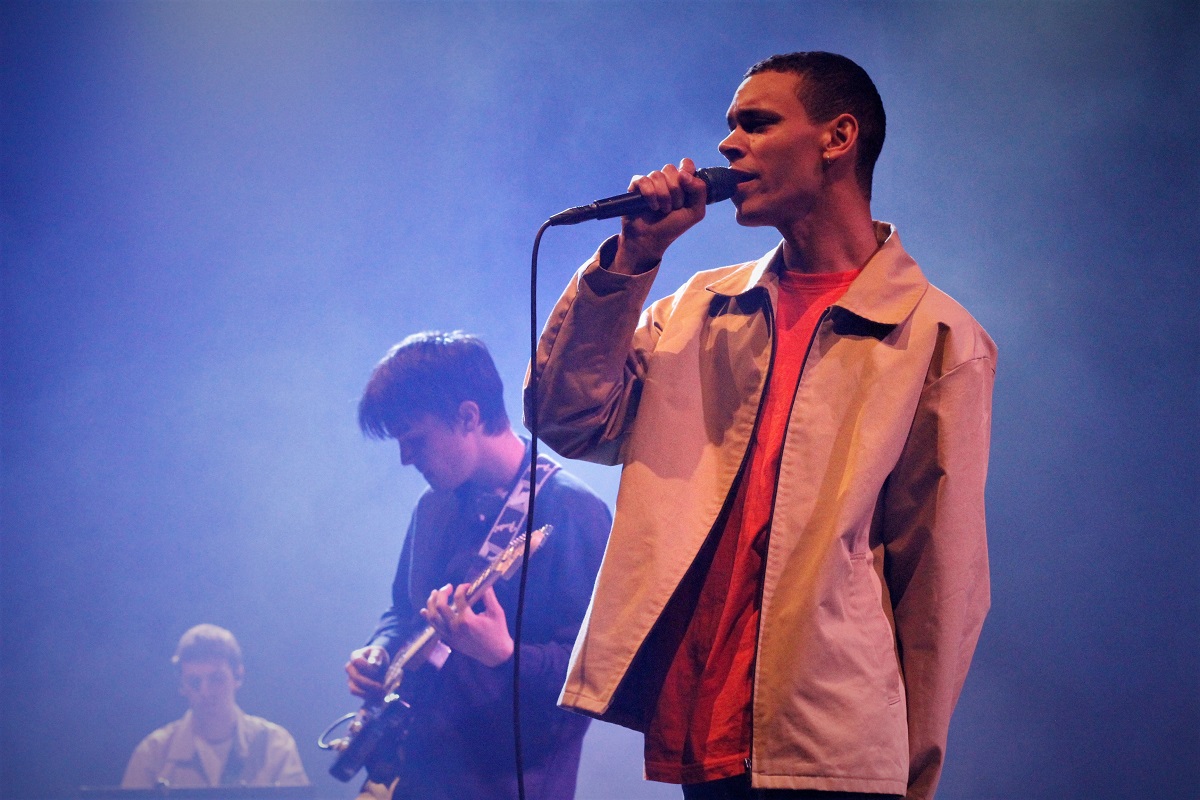 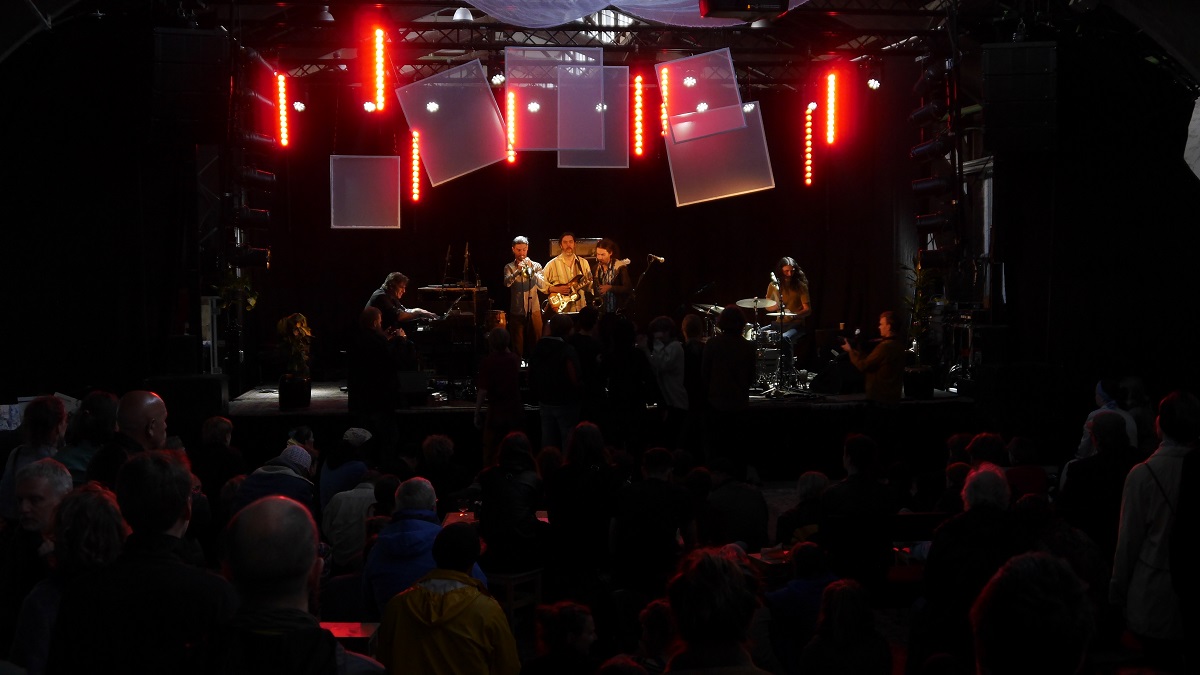 Next article The blooming beats of Black Flower »