Erhverv Aarhus CEO Marc Perera Christensen in an interview elaborated on the state of businesses in Denmark in the weeks after the lifting of the coronavirus lockdown. This organization connecting 600 companies comprising 110,000 employees has longed remained an industry pioneer thereby providing competence and knowledge to growing businesses and the city as a whole.

Jutland Station: How did the Coronavirus influence the small and medium sized businesses in Aarhus and how much these account for in terms of the city’s economy and unemployment?

Marc Perera Christensen: The last part is a bit difficult to put a concrete number on. The impact on small and medium sized businesses varied depending on what they were doing. For instance, restaurants, cafes and bars, they were severely hit because they had to aggressively close everything down. What we can see is that the majority of companies have been hit because they have lost business and were unable to keep it running. So, the revenues were very low and they realized that they had to use the government assisted packages to compensate on salaries and other things just to ensure survival. I don’t have the exact numbers on unemployment rates. I think you have to get to the city council to get those. But of course, there has been a rise, a significant rise in unemployment. And that has been that’s been rather broad perspective, both small and medium sized, but also some of the larger companies have had to get rid of people and fire employees.

Jutland Station: The Danish government offered a financial package of support for some of the industries and most of these last until June. Since we’re already preparing for an economic crisis, are there any indications that the governmental support will continue? And if so, in what form and if not, what is the feedback from the business owners? How do they plan to survive?

Marc Perera Christensen: Well, that’s a good question. I think that a lot of them hope that they will survive by resuming back to normal business in some way or another. The expectation for the packages from the government is that they will be closing down. I saw yesterday that the governance advisors had said that the best thing was to close down the packages apart from those businesses who are still closed due to government regulations or those who have only had a very short time in the reopening phase and that they do not have enough time to regain their normal production or normal business agendas, whatever it is that they do for a living. But of course, there will be some consequences when the government packages close in June. And, and I can also see that recommendations on other packages around postponing taxes are also discussed. When are we going to reduce those postponement of taxation? The thing that we are interested in now is what is the long-term effect on the coronavirus crisis? And what would the government do to make sure that businesses can regain their former strength? So, that that’s the question about reforms. What kind of reforms are going to be put in place to make sure that it’s profitable to run a business in Denmark and how does the government intend to paying the DKK200 billion amount and the governmental costs on coronavirus and who is going to pay for that? Are those new taxes on businesses and how are they going to get those funds back into to the government? So, that’s one of the things that a lot of business are concerned about. First you have the crisis. And then you need a lot of money in the government, and how are they going to get them? Are they going to tax the businesses to get the money? And if they do that, then we have a double crisis. Because then the company is overburdened by taxation.

Jutland Station: Do you think there would be any tax net for some businesses like medium to small size businesses, by the government? So, there is only a double crisis on a part of the population even though it’s not fair, but for some, it’s easier to struggle than others?

Marc Perera Christensen: I don’t know. That’s very hard to say. The Danish taxation system is a system of equality whereby you have the same level of taxation in businesses regardless of their size, but of course a percentage is more valuable in a big company or in a small company but we have an equality principle whether or not you’re a big or small company and of course there’s always this discussion about the big companies who some say do not pay taxes in Denmark. But tax is one thing for a company but another thing is all the salaries and the tax that comes from the salaries in a company. I don’t know what the government’s going to do, but I hope that they will introduce reforms, making it more profitable to run business instead of taxation. Best is that they would lower company tax in Denmark so that it would be more profitable to start a company.

Jutland Station: What reforms do you think they would come up with other than tax reforms?

Marc Perera Christensen: That depends on the amount of economy that is that’s needed. But maybe it won’t be necessary to look on retirement reforms simply to make sure that that people are working longer because when people go on retirement, then you have a lower tax income on the person and you have a higher public expenditure on the person because you have to pay the pension to the person. So maybe, as we’ve seen earlier, a reform that you would postpone retirement age and revisit that, but I don’t know if that’s one of the elements that they will look into.

Jutland Station: The future plans and strategies and how your organization is prepared to provide assistance to small and medium sized entities based in the Aarhus area?

Marc Perera Christensen: We will just continue as we usually do to make sure that we are an organization with political influence who provide knowledge to our members and who gives them an opportunity to network. There will be an even greater need for networking. The small and medium sized businesses need to get in contact with each other to make businesses and make new relations who can make interesting connections. So, we will continue our way of doing things for our members that we’ve always done; a combination of political lobbying for the business sector in Aarhus and then being the largest company network in Aarhus. We are a rather large organization. Therefore, we see the need for companies to get together to meet and create relations and networking as the fundamental element of doing business in the city. 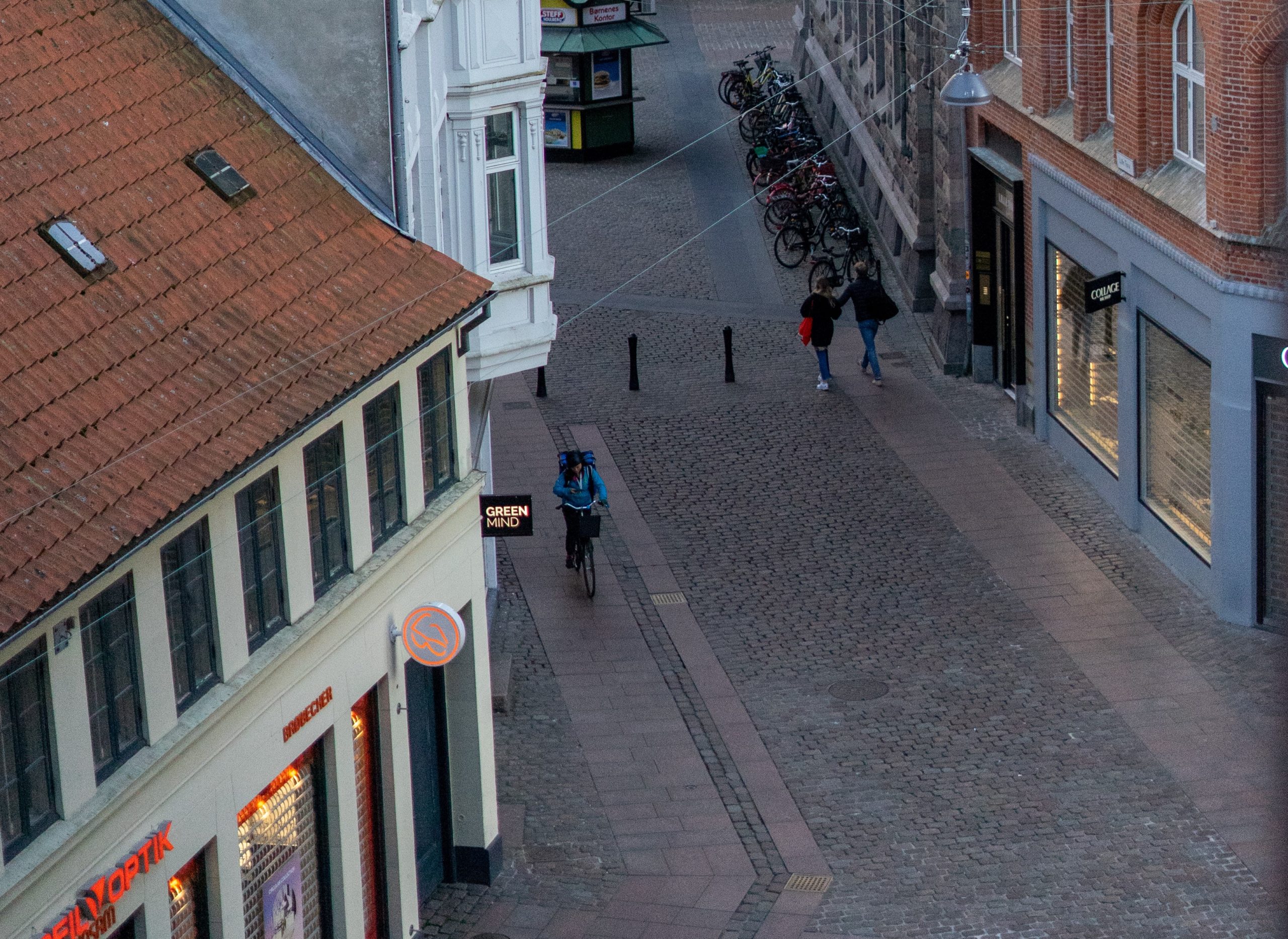