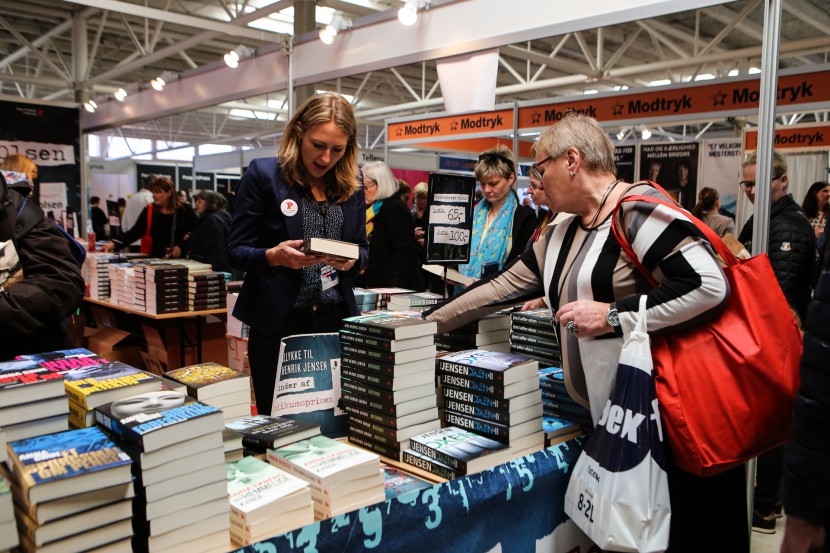 Why has Nordic Noir risen to prominence in the happiest region of the world?

Last weekend’s Danish Crime Book Festival, ‘Krimimessen’, held at the Old State Penitentiary in Horsens, brought crime fiction lovers together to celebrate one of the most popular genres in Nordic fiction.

Scandinavians are well known for being the ‘happiest people in the world’. This year, long-standing happiness champ Denmark was overthrown by its northern neighbour Norway in the World Happiness Report 2017, with Denmark now holding second-place.

With all statistics in their favour, one question remains: Why are the happiness leaders so obsessed with crime fiction? Jutland Station visited the Horsens Crime Book Festival (Krimimessen) to find out why.

Spicing up quiet Scandinavian life
On a sunny Sunday morning and a long line of visitors formed outside the former Horsens State Prison, which was turned into a museum in 2006. After having their hands stamped with a target sign, the guests proceeded to the first stand, where Stefan Ahnhem’s newest novel was being handed out for free.

Carrying blood-red bags with ‘Krimimessen’ written on them, visitors split between lectures at the gymnasium and the book fair itself. There, a plethora of books were displayed along the stands, each one telling crime stories in good old Scandinavian fashion.

‘Nordic Noir’ is a widely popular fiction genre and reached its peak with Swedish author Stieg Larsson’s ‘Millenium Trylogy’. You may know the series from the famous movie adaptation of one of its episodes: ‘The Girl with the Dragon Tattoo.’ 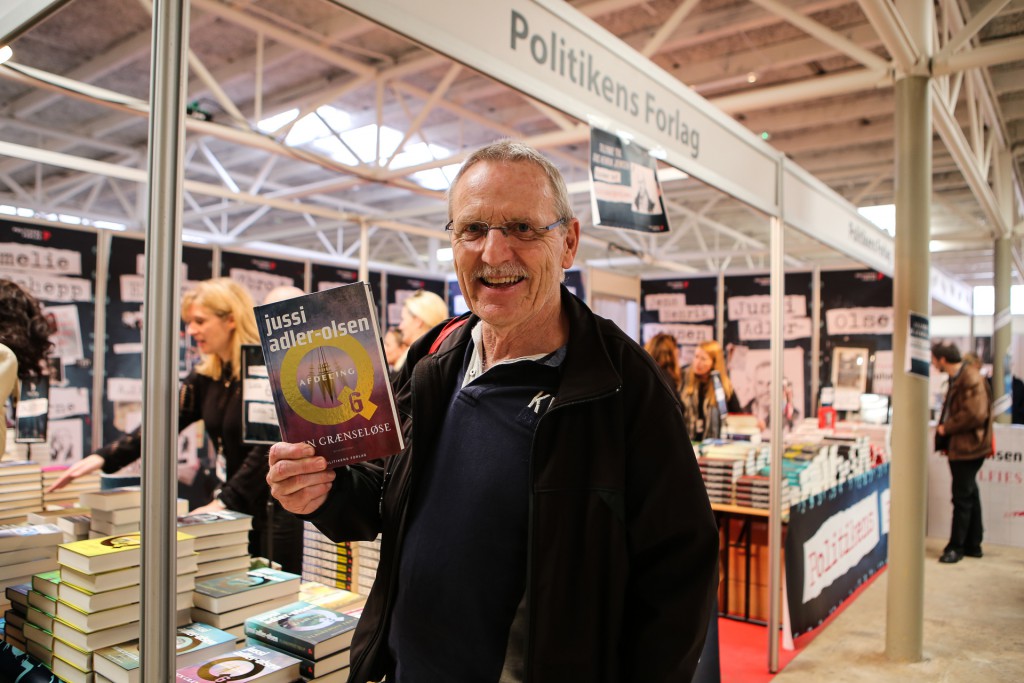 A good ‘Scandi Noir’ is a novel that mixes intricate plots with simple storytelling narratives to break into the main characters’ moves and motivations. The reader can scan the lives of detectives and police officers with the proximity of a magnifying glass as they unfold the next steps in the criminal investigation.

Søren Rasmussen, Krimimessen attendee and frequent crime book reader, thinks this is the key to the crime fiction success in Scandinavia.

“You get used to the people in the story, but the plot is always new. You read a chapter and then it changes to another story, but it’s connected to the first one. The author moves on and, actually, maybe five or six stories in and you can’t figure out how they mingle together. In the end, you see that was the plot. It’s very exciting until the last page,” says Rasmussen.

For Rasmussen, another key element to the mystery lies in the sea of tranquility that bathes everyday life in Scandinavia. “Maybe it’s because nothing happens here. It’s so quiet, so we have to get some excitement from crime books,” says Rasmussen.

Creating sensorial experiences
If setting the mood is key to catching the reader’s attention, then why not start it from page one? Swedish author Ann Rosman sees synesthesia – the blend of sensorial experiences like sight and smell – as an important factor for ‘Scandi Noir’ success. Her novels combine crime and historical fiction and cater to readers from all walks of life, as attested by the many festival visitors who stopped by to get her autograph. 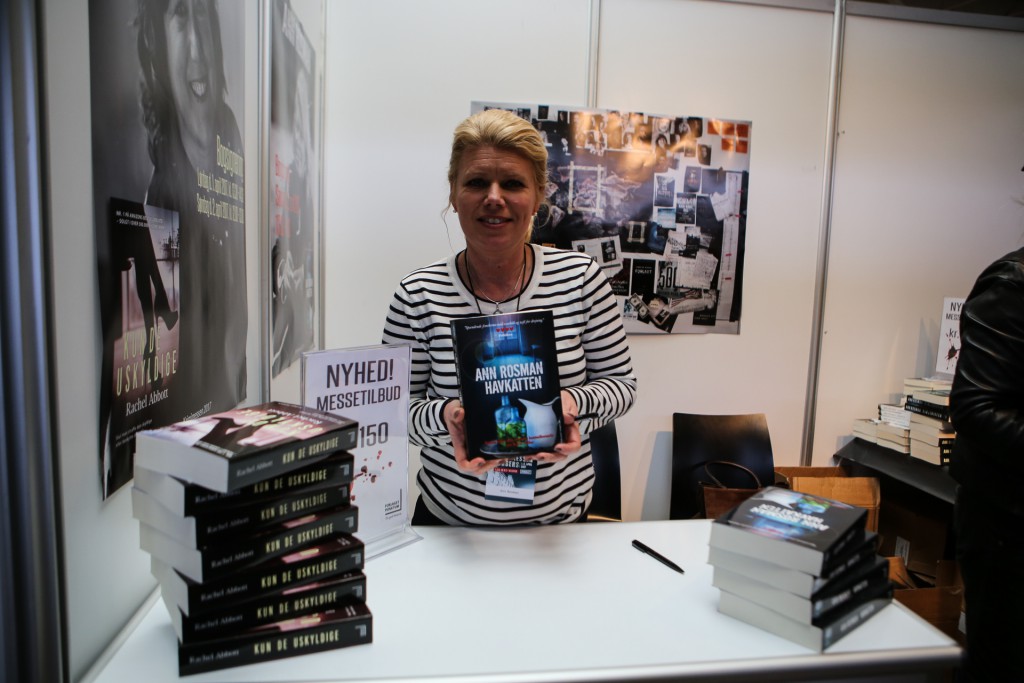 For Rosman, it’s not just about the crime in ‘Nordic Noir’. “There is society, relationships, other things than just the crime story. Scandinavian authors are really good at giving the full spectrum of family life and also the life of the victims, of the policemen investigating. The actual crime is just a small part of it. The focus might not be on the crime, but the crime might be the thing that is starting the story.”

It is Rosman’s fourth year at Krimimessen. On her first visit to the book fair, she toured around Horsens Prison Museum to get a feeling for the place. She recalls feeling a heavy atmosphere coming from all the history that the building contains. It is these types of experiences that have influenced her writing.

“In one of my stories, I have this woman who’s being accused of killing her husband and children. I wrote her story sitting in her prison cell in Sweden so I could understand what was going on in her head,” says the author.

Moving beyond crime fiction
With ‘Nordic Noir’ dominating the sales charts and readers’ to-do lists, there is little room left for other fiction genres in Denmark. For example, fantasy novels that are hugely popular in countries like the United States or the United Kingdom remain relegated to the children’s section in Danish bookstores. 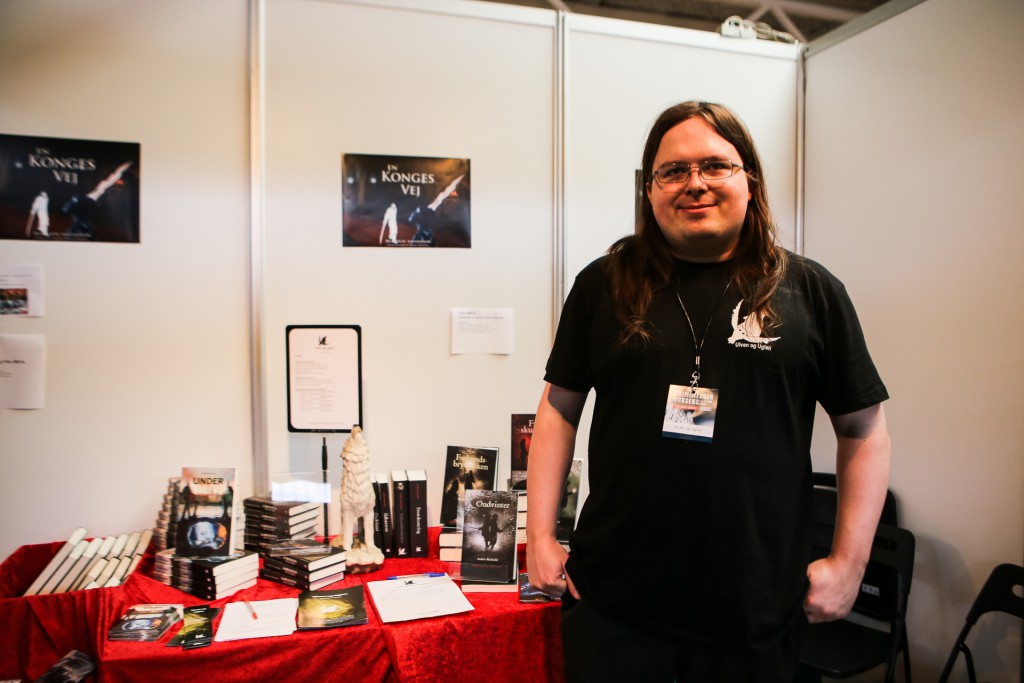 In an effort to flip this trend, publisher Ulven og Uglen joined Krimimessen to showcase their fantasy titles. Although they acknowledge that their books cater to a very different audience than crime fiction, they hope to catch the attention of a passerby or two who might be interested in discovering fantasy novels for adults.

“It has more to do with the fact that Denmark is a small country and a lot of the opinion on fantasy books is decided by the few big publishing houses we have, neither of which know terribly much about fantasy. It has been delegated to the children’s section for very long, and we’re trying to change that,” says Mortensen, one of the publisher’s representatives.

Mortensen explains that there is a big expectation surrounding the fantasy genre, making it an even more challenging environment for publishers to invest in.

“We’re moving towards a post ‘Game of Thrones’ thing. We’re trying to see if those readers are sticking to the genre or changing to something else. Everyone is holding their breaths,” concludes Mortensen.

Read more about the Crime Book Festival’s polemic advertising campaign here. And discover the world behind bars with this insight into Horsens’ Old State Penitentiary.