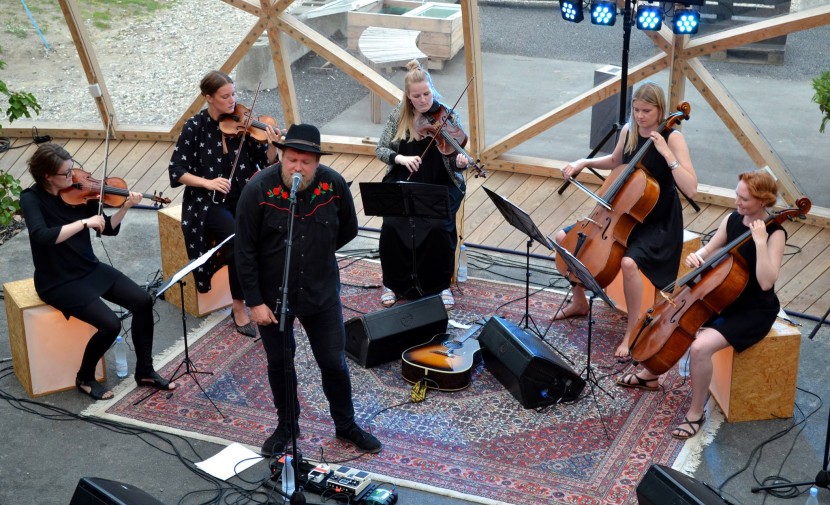 Jonas H. Petersen joins WHO KILLED BAMBI for a charming concert in the Dome of Visions

In the seventh edition of their Aarhus 2017 series – 12 months, 12 concerts, 12 soloists and 12 places – last Friday string ensemble WHO KILLED BAMBI were joined by singer-songwriter Jonas H. Petersen at Aarhus’ Dome of Visions.

Just a minute ago the young woman was selling tickets for her own performance at the entrance of the Dome of Visions. Now, she is sitting behind her cello ready to start the concert, focusing on the sheet music in front of her. En, to, tre, and she begins to play the first notes while looking at her colleagues.

String ensemble WHO KILLED BAMBI (WKB) isn’t pretentious at all. A group of young women who visibly enjoy playing their string instruments, tonight they are teaming up with local artist Jonas H. Petersen.

Around 50 people have showed up for this special concert. WKB couldn’t have chosen a cozier and more hyggeligt setting than the Dome of Visions, a greenhouse that is only warmed by radiant heat of the sun, providing an amazing view over Aarhus harbour. Seagulls are flying over the heads of the audience as WKB and Petersen take the listeners on a dreamy musical journey.

The orchestra arranged themselves on a carpet that could also be part of the interior decoration of a charming living-room surrounded by green plants. The setting gives way for an intimate encounter of the artists and the audience, matching the tranquility and peaceful atmosphere that the venue radiates. 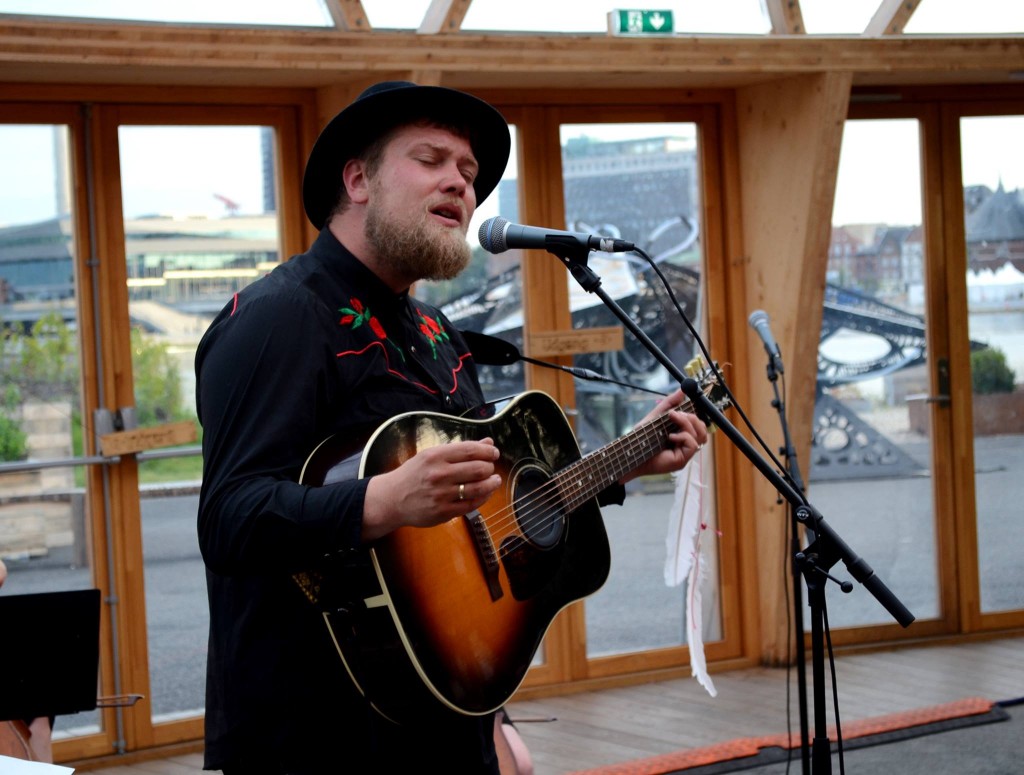 It is one of 12 concerts the ensemble is performing in 12 months throughout 2017, collaborating with 12 different artists each time at 12 unusual locations. The string players, all graduates of The Royal Academy of Music of Aarhus, play perfectly tuned, and the harmony existing among its members is easily perceptible.

The formation stays in the background, giving Petersen’s songs a sometimes soft, playful, or upbeat character. The sound therefore remains minimalist and simplistic, but lacks making use the instruments’ full potential and powerful sound once in a while. While understatement and quiet tones are unarguably the preferred style of this concert, some louder notes could have brought more emotion to the event, especially given the intimate setting and the romantic character of the music played on that summer’s eve.

As for Peterson, he connects nonchalantly to his audience, telling the stories behind his songs and making everyone laugh. Besides his guitar, he also carries a huge heartfelt smile on his face that reflects the light-footed poetry of his songs. The lyrics are mostly in English, but flow much more naturally in Danish. It is not the first time he teamed up with the string ensemble to perform re-arranged versions of his songs.

The artists previously worked together in 2014 – and will surely come together again in the future for further collaborations. Even if the concert lasted only an hour, the unusual combination of place and sound made the concert a special event that arouse curiosity for WHO KILLED BAMBI’s further concerts and collaborations later this year. 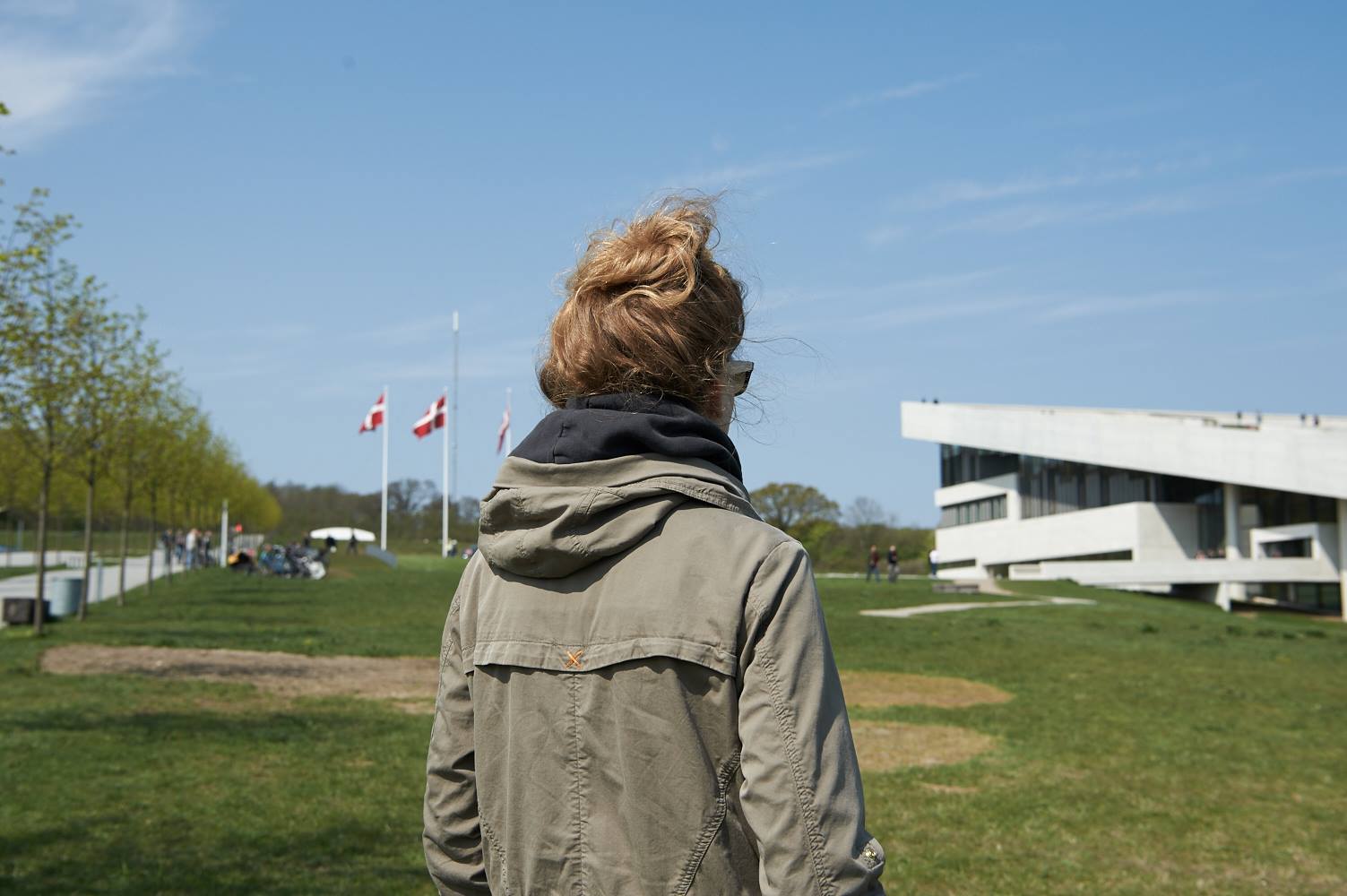 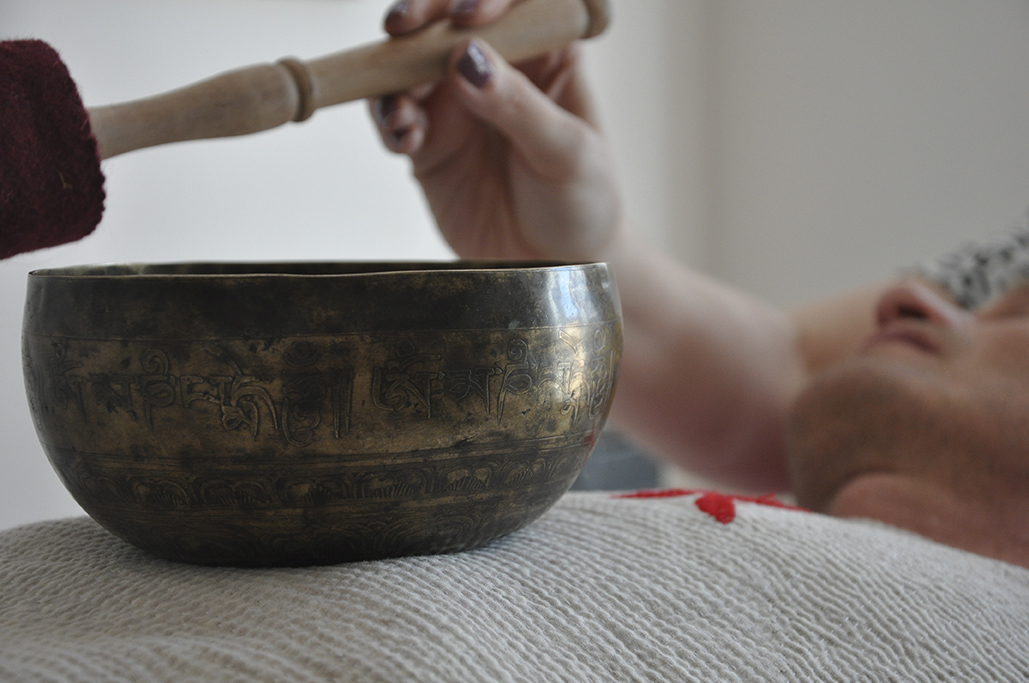 Next article Tibetan bowl therapy as a cure »