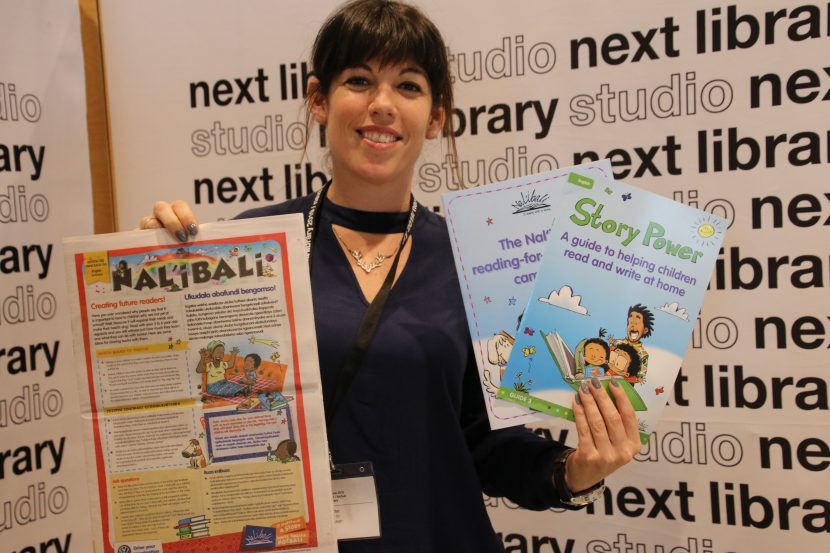 It is all about digitalization these days. The new technologies have radically changed our lives especially when it comes to accessing information. With knowledge available at the tip of our fingers, print has become almost an obsolete notion. Online services provide access to manuscripts that most of us can easily read using laptops, tablet computers, and even mobile phones. But what about the people who still live in underdeveloped areas where illiteracy is widely spread, where access to internet is limited, too expensive or non-existent? How can these people be persuaded that knowledge is power and that there are benefits and joy in reading?

Nal’ibali – Reading for Enjoyment Campaign project in South Africa is one of the initiatives working to promote reading in the less privileged communities through messages, guidance and practical tools. And the results are impressive. According to its reports, by the end of 2018,  more than 140,000 children were attending Nal’ibali reading clubs and nearly half a million books had been distributed to children and families, almost one and a half million magazine stories have been distributed via six publications and over 8000 radio broadcasts have been aired.

For these efforts to fundamentally transform the culture of reading in South Africa, the project was honored with the Systematic Joy of Reading Award, on Sunday 2nd in a ceremony hosted in Aarhus, at DOKK1, as part of the NEXT LIBRARY 2019 conference.

We talked with Jade Jacobsohn, Director of Nal’ibali – Reading for Enjoyment campaign about how the project started, about its challenges and its success stories, about empowering both adults and children through storytelling and reading. 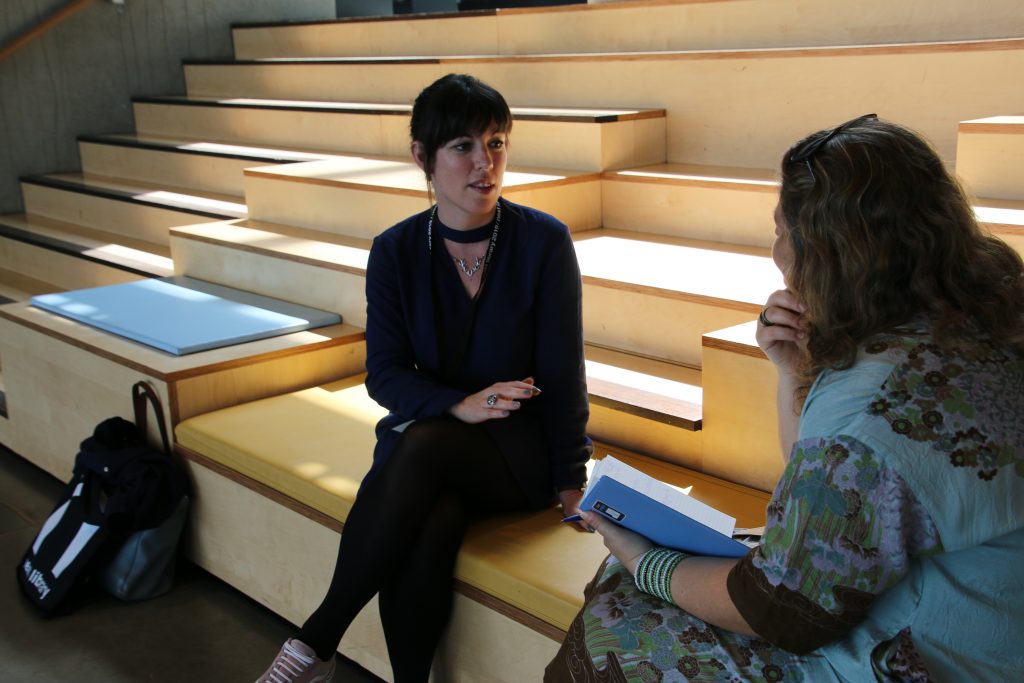 Jutland Station: Nal’ibali – Reading for enjoyment campaign was launched in 2012 and since then has become well-known for spreading the power of stories and reading throughout South Africa. How did it all start?

Jade Jacobsohn: Nal’ibali grew out of two founding organizations: Project for the Study of Alternative Education in South Africa and the DG Murray Trust. The first organization, PRAESA, started in 1994 which is when South Africa became a democratic country. The man who founded PRAESA, Dr. Neville Alexander had spent years on Robben Island as a prisoner with Nelson Mandela. He started PRAESA with the impetus to really grow multilingual education base acknowledging that although most of South Africa’s children don’t speak English or Afrikaans as their first language, the education system was built on these two languages. His whole motivation was to create opportunities for South African children to learn how to read and write in ways that are accessible and meaningful to them.

The CEO of DG Murray Trust used to run Love Life which is the largest HIV/AIDS resistance campaign and they were very smart in their approach because they didn’t approach HIV and AIDS as this terrible disease (…). They thought that they would rather situate the campaign as a lifestyle campaign and promote healthy life styles and young people can come in and do all sorts of great things but while they are there they can also learn about HIV/AIDS.

So, you had this real freedom fighter who really wanted to fight for multilingualism in African languages combined with somebody who had a very strong campaign approach, they put the two together and created the Nal’ibali – Reading for Enjoyment Campaign.

What the campaign does, is it works across the country. We work in all 11 of our official languages and we see South African society as our key partner in changing the reading culture. We know that we can’t rely on schools. We know that the education system is very limited in so many ways and it has a lot of other problems that it has to deal with first. And we know that we have to build the confidence of South African adults to participate in their children’s legacy development because of Apartheid that essentially told people that they were not good enough, that they didn’t know enough, that they were not smart enough. So, Nal’ibali is working to build that confidence up again by demonstrating to people that their ability to tell stories, which is a really strong culture in Africa and all of our national groups regardless of language or colour, all know how to tell great stories. So, with stories as the starting point we allow every adult to participate in building the culture.

Jutland Station: Through the initiative “Story Powered Schools: A South African Reading Revolution”, Nal’ibali has reached a large number of beneficiaries. Do you have some success stories that you would like to share with us?

Jade Jacobsohn: Nal’ibali produces every couple of weeks these low-cost high-quality newsprint multilingual reading resources. They come out in newspapers and inside each one there is a cut-out-and-keep story book. There are actually three stories so kids can make their own story books. This goes out in 300 000 copies every two weeks so that there are 900 000 stories every two weeks that go out in different languages. And for one of the projects we were working on, which was in a rural province, the KwaZulu-Natal, there were civil protests going on meaning service delivery strikes (…) What happens is that they burn things in the streets so you can’t come in and out – it is a bit of a dangerous situation. Because of those strikes that were going on, we weren’t able to deliver the newsprint stories to the schools that were on the other side. So, one of the teachers from one of the schools on the other side said: “This is nonsense!” And she got herself through that strike. She negotiated a way through this community of burning tires and angry people to go and collect these newsprint stories and not just to take them back to her own school but to go and deliver them to all the other schools in the area behind the strikes so that they can make sure that they have those materials as well.

Small story book, which can be created by folding the Nal’ibali newspaper pages (photo: Guki Giunashvili)

Jutland Station: How are you planning to use the Systematic Joy of Reading Award for the development of the campaign?

Jade Jacobsohn: We are going to convert the 10 000 USD directly into books in all the different languages and because of the support of another funder we managed to buy four tuk-tuks. We put them in the four metropole areas of the country but we didn’t have enough money to fill them up completely with books. So, we are now going to stock these libraries completely full with books not only for children but also for adults and in a range of languages. These books will be visiting reading clubs and schools and clinics. It will be a little mobile library. We call that project Story Power in Motion.

About the Joy of Reading Award

The Joy of Reading Award was set up by Systematic in collaboration with Next Library® – an international library conference at which professionals from all over the world gather every two years in Aarhus, Denmark. The award is accompanied by a USD 10,000 cash prize, and the winner is selected by an international jury.

The award was presented for the first time in 2017 by Her Royal Highness Princess Laurentien of the Netherlands, who is the founder of The Reading & Writing Foundation. 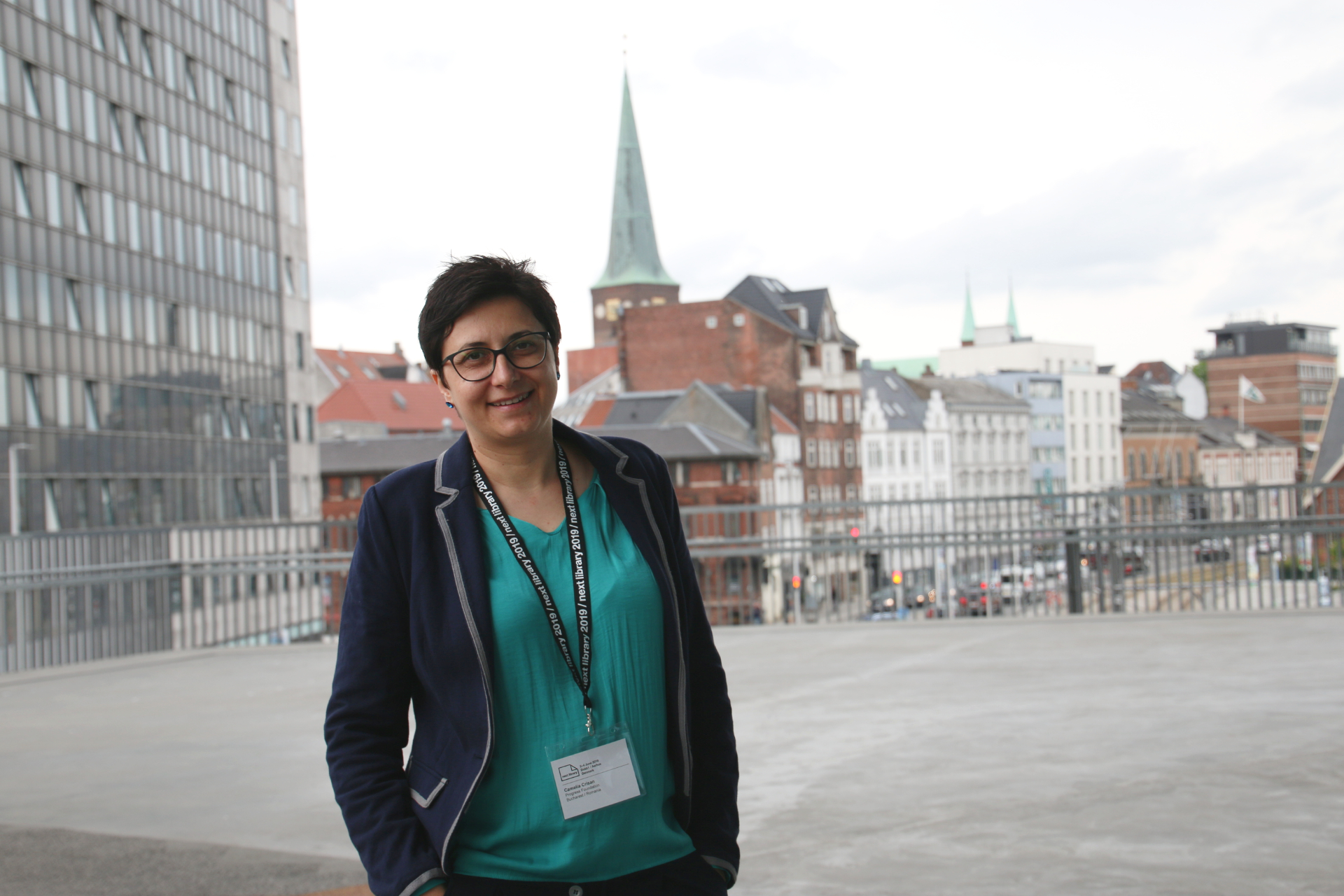 Next article Aarhus eats: A Taste of India »