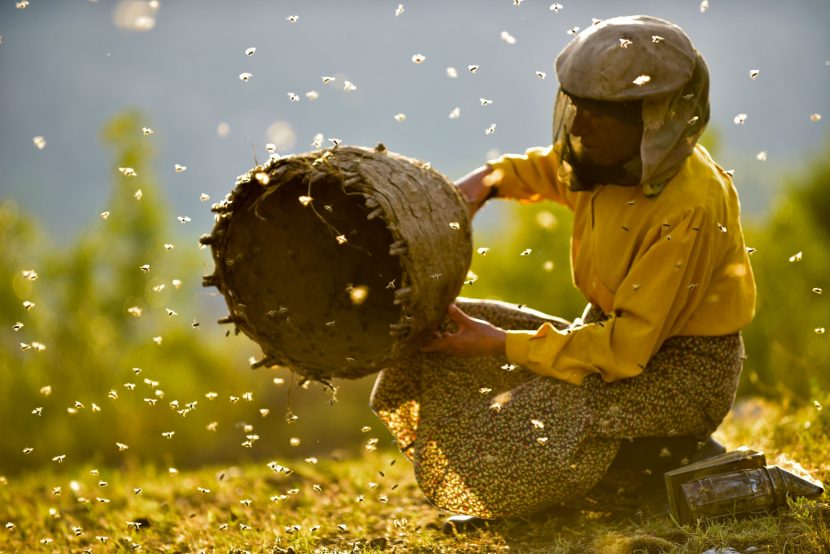 No money to be made, only nature to be saved

By Clara Nack, photos by Ljubo Stefanov and Vlad Dumitrescu-Petrica

Bees are among the hardest working creatures on the planet providing the important ecosystem service of pollinating many cultivated and wild plants. What is the usual course of nature during autumn and winter, when only the queen survives, hibernating until she founds a new colony next spring, is disastrously happening year-round these days. Reports of the Food and Agriculture Organisation of the United Nations suggest that the crisis is global. Bee populations are shrinking all over the world, with some species becoming completely extinct.

“Honeyland”, the street-sweeper documentary about a wild bee keeper, released at this year’s Sundance Film Festival, portrays this topic intimately, though referencing a greater phenomenon. Whilst the protagonist’s personal income and affiliation to nature are threatened for next season’s honey harvest, wild honey bees in Denmark have long died-out.

Local bee activist Mikkel Duus Jensen joined Doc Lounge’s “Honeyland”-screening on Monday, November 4th, 2019 to explain this phenomenon, but also to ring some bells. As the buzz is slowly but steadily decreasing nowadays, Jensen founded the local NGO, Bi-værdi (Bi-value) in late 2017. Committed to the conservation of wild bees’ natural habitats in Denmark, Bi-værdi is aiming to protect more than 230 wild bee species in total.

“The movie should have come ten years ago,” Jensen says. “Saving bees is hype, but nobody knows why.”

Shot over a period of three years, “Honeyland” tells the story of Hatidze Muratova, the acclaimed last wild bee keeper in the world. The intimate portrait is set in a deserted village without running water or electricity on the mountainous Macedonian countryside. It is here where the protagonist extracts her precious honey from bee colonies nesting in wall cracks or old trees. Hatidze’s mantra of “take half, leave half” establishes the movie’s narrative of a symbolic tale about the importance of nature’s balance, but also a specific story about specific lives.

When an itinerant Turkish family arrives and settles with seven noisy kids and a herd of cattle next door, the audience meets Hatidze as a playful character, readily offering her advice on a life in harmony with one’s surroundings. A concept that is working well in her situation. Neighbour Hussein however, has seven mouths to feed. When he comes up with a more industrialized version of the honey business, Hatidze’s mantra is cast aside and her holistic livelihood becomes threatened.

Resisting to villainize, the documentary soberly demonstrates the struggle to pay for a family’s needs, while European honey production is highly industrialised to its core. Even more than being just another branch of industrialisation, the honey business reflects the basic mechanisms that allow rapid and cheap production. However, these are extremely detrimental to habitats, sustainable stocks and biodiversity. “Industrialised bee populations are mostly of the same race, leaving no space for natural selection. Mass-produced to be highly efficient, they are not equipped to resist newly developing parasites and bacteria,” Jensen explains. The Western European honey bee is hard to compete with and one out of seven species worldwide that is cheap and reproductive enough to ensure the industrial production chain.

This lack in biodiversity also exists in other agriculture. Monoculture crops like rape seed or white clover stretch on miles long fields under the use of aggressive pesticides without providing any plant species relevant to pollinators.

However, pollinators are more than relevant. The Danish Ministry of Environment and Food, in a report for the state of the world’s biodiversity, makes the case for Denmark: “Among the approximately 1,500 plant species occurring in Denmark, almost 80 per cent are animal pollinated and insect pollination is by far the most common.” Bees are considered by far the most important.

“Have a wild garden, leave old pieces of wood lying around and even planting herbs for kitchen use will give bees the chance to pollinate.”

Loss of biodiversity is like a vicious circle, especially when looking at pollinators, Jensen explains. “If flowers don’t grow, bees can’t find food and if they die, the plants aren’t pollinated to reproduce. The demand works both ways.” Although the Danish government has introduced several pollinator initiatives for honey bees, Jensen still sees the urgency for private action. Other than the support for organic farming, there are currently few incentives for farmers to create more pollinator habitat.

“It’s bad that people don’t protect wild bees in the same way, because there’s no money to be made, only nature to be saved,” he says.

Jensen wants to encourage citizens and local companies to do every little bit they can. Because other than “neglecting one’s lawn to nurture nature,” as New York Times columnist Margaret Renkl has recently phrased it, not much can be done. “Have a wild garden, leave old pieces of wood lying around and even planting herbs for kitchen use will give bees the chance to pollinate. It’s very easy,” Jensen animates movie geeks and potential bee activists at the “Honeyland”-screening.

The entrepreneur points out truths and makes connections that grasp what is really going on: “Honeyland” showcases nature’s existential struggle with the industry as an allegory and simultaneously treats the example of Hatidze’s wild honey bees in a microcosm, that is no reality in an urbanized world. The bigger the companies, the smaller the wild space left behind for bees and other insects to claim as their natural habitat.

Jensen and his colleagues at Bi-værdi are therefore also approaching local companies in Aarhus, to provide them and the bees with greener driveways. Because it is hard to find similar associations around Denmark, the 27-year old is already focusing on 25 communes outside Aarhus. In close contact with the authorities, he develops an adapted program for every place he seeks to inform about his cause.

Take a little, leave the rest to other prospective gardens, is the note on which Jensen ends Doc Lounge’s bee talks at the Teatret Gruppe 38. He gives out little bags of seeds for the audience to take home – in order to create new homes in spring.

Doc Lounge Aarhus organize international documentary screenings following topical debates every first Monday of the month. They are shown at the Teatret Gruppe 38 for a student price of 50 DKK. Mikkel Duus Jensen from Bi-vaerdi, who attended the November feat “Honeyland” as a speaker, is always searching for dedicated volunteers to help his cause. Go to Bi-vaerdi’s facebook page to find out more about how you can get involved. 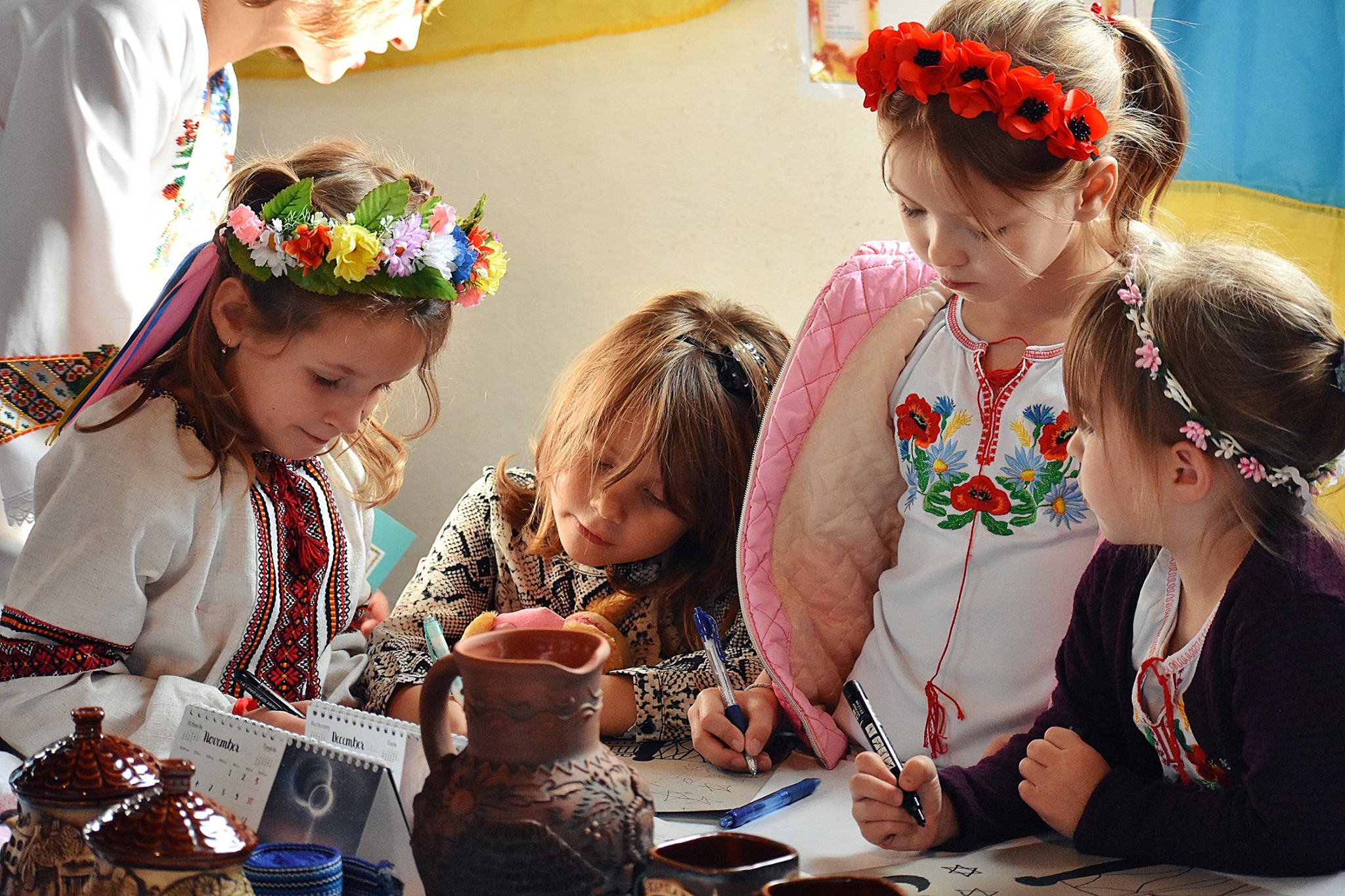