Few things seem more controversially discussed than how to achieve gender equality. A women’s quota in executive boards, is dismissed by some as the wrong reason to be given the centre stage that men have solely claimed for centuries. Many feel overlooked for their real talents and qualifications when acquiring a seat just because of a quota. On the other hand, without the explicitly formulated premise to reform, many academies, boards and organisations would still look the same: male and white.

No different are the challenges, the art world is facing when making choices about who to give the floor to. How to diversify a collection, that has a historical entitlement, which constantly overlooked female artists? How to give female artists exhibition space without tokenizing them as someone who can only be viewed during a ‘special exhibition’ outside the museum’s usual cycle? One way of avoiding the latter for museums of modern art at least, is showing artists that live today. Diversifying a collection through the actuality found in art schools, where women outnumber their male fellows by 30 percent, depicts reality rather than redundant patriarchy.

Sometimes diversity takes centre stage before currency and controversy do. The Aros Art Museum in Aarhus is currently showing Shirin Neshat’s “Women without Men”, a film work that treats the fates of five Iranian women during the 1953 coup d’état, which aimed to reinstate the Shah-rule. The five sequences from Neshat’s film, deal with the political ambush on the democratically elected prime minister Mohammad Mossadegh, orchestrated by US-American and British forces. Quintessentially though, the film brings another battle to the forefront: that of women seeking to live independently from a system, telling them to be subjects to their men. Their quest comes to life through the analogy of an Eden-like garden, where the five women finally meet. Different personal experiences have brought them here and their journeys find shelter at contrasting stages in their life. Neshat’s film was developed between 2004 and 2008 and is an adaption of Shahrnush Parsipur’s 1989 novel “Women without men”.

Keeping recent developments in Iran and the drastically deteriorating relations between Iran and the US in mind, the work of the American-Iranian artist, is more relevant than ever. Yet her work also carries political relevance in a wider sense: Looking back at the marches and protests, which happened in honour of international women’s day past Sunday, the 8th of March, it becomes clear that today’s women are still taking to the streets for what Neshat’s protagonists were already hoping for in the 50s.

But as Aros’ chief curator Lise Pennington says, the recent political implications “were not the main reason” to exhibit Neshat’s work again. Diversity is. “Achieving gender equality is still relevant everywhere, even here in Denmark”, Pennington adds. “When creating our calendar, we’re not speaking of male and female only, when we try to achieve diversity.” Keeping the eyes open for notoriously “underexhibited” art, for example of non-Western artists (Middle-eastern, African, Asian) and filling the rooms with crafts that are not painted or sculptured, but also filmed or performed, is equally important. “We’re discussing the whole spectrum of diversity”, Pennington clarifies.

Although popular museums claim to embrace alternative histories and especially actual presents, there has been no considerable change over time. An exemplary joint investigation of prominent museums in the US by In other words and Artnet news found that only 11 percent of museum acquisitions in the past years have been of women. While these museums acquired roughly 260.000 artworks since 2008, only 29.000 of those were by women. Museum management is improving with 47 percent of women working in leading positions. However, putting this number in a context we are looking at the museums with the smallest budgets, the National Museum of Women in the Arts (NMWA) reports. It is the only major museum in the world solely dedicated to championing women through the arts.

Why the reluctance to buy art by women? As quoted by Artnet news, women art doesn’t sell so well at auctions. But why? Well, art collectors and museums have an interest in buying art that will make for a continuous collection, which will be topped up and hyped in a few years from now. Women on the other hand are perceived to be likely to “put their careers on hold to raise families or quit in the face of a lack of opportunity”, art institutions pointed out in the investigations.

When “Women without Men” was first exhibited at the Aros in 2008, each sequel was shown in a cubicle, so that the sound would stay trapped inside the individual protagonist’s experience. With “Zarin”, the young prostitute, the audience was in a brothel in 1953 Teheran, while “Farokh Lega” shows her life in the wealthy upper class.

In 2020 the sequels are projected to the walls of a big room, dipped in green, Islamic light. Only freestanding dividers, separate one fate from the other. The sound is overarching, but still tuned to match the plot of all sequels. Shirin Neshat starts with a commonplace, that many people might recognize as a motive, already seen on stage: It seems as if Hamlet’s Ophelia is becoming one with the river plants, while it is really Neshat’s character “Mahdokht”, dressed in white. She is contemplating virginity and her desire to have children. Moving through the exhibition space the themes quickly get political, challenging the audience’s perception of Iranian history. The Turkish bath, where “Zarin” tries to wash herself clean of sexual exploitation, references Iranian colonialism during the Sasanian Empire.

And still: the sound matches the uprisings, but also the more sensual themes. The conversation “Munis” has with a dying activist during the Iranian protests against the coup d’état is never drowned by more dramatic music of “Zarin’s” escape from the brothel. When “Faezeh” meets her former self in a dream, stricken by the shame she has brought on her family for being raped, her fantasies are not suffocated by the loudly articulated visions of the protestors in Teheran.

The garden, where the women eventually come together symbolizes a haven, contrasting to  the powerlessness of their former lives. Each of them in a different way has found the power to be a woman – after all a person – without men.

The pure and fairly abstract independence, Neshat’s interpretation of Parsipur’s novel gifts the women in the film, is something that is disputed in the art world – and surely many other industries. Should women artists finally hang next to their male colleagues on an equal level or will they once more be overlooked, when everyone rushes to the Picasso in the room? Will a balanced hanging normalize a pondered equality that should not be questioned in the first place? Are women-only stages a limited edition or a reasonable way of raising sustainable awareness?

Shirin Neshat’s “Women without Men” is shown at the Aros until August 9th, 2020. The National Museum of Women in the Arts (NMWA) provides more facts and figures about the illusion of commencing parity in the art world through their website. 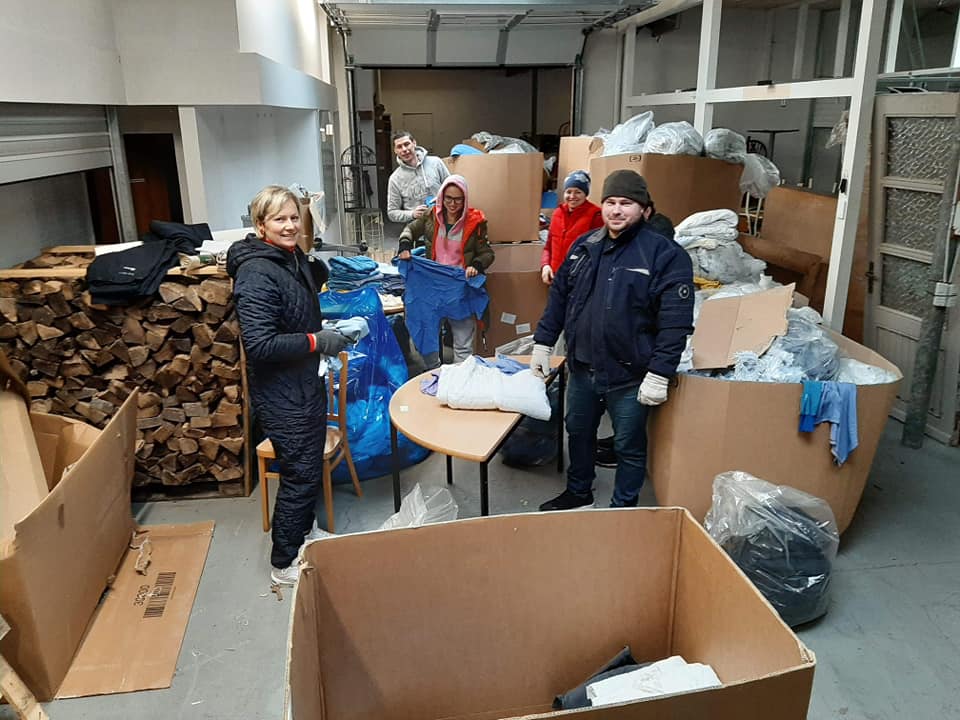 Next article Regenerative space: a possible solution for stress and anxiety »