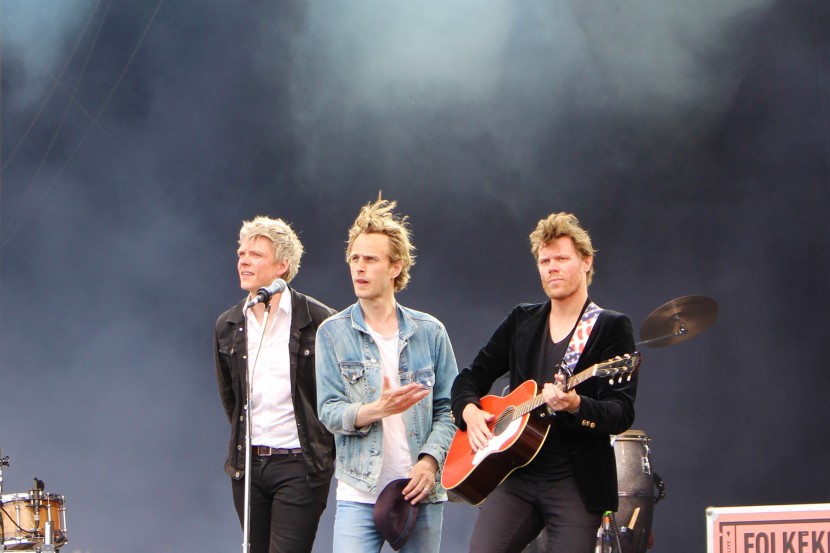 Folkeklubben opened the Green Stage on Saturday at Northside, delighting the crowd with their folk-pop tunes. We met with the band after the show.

words and photos by Elizabeth Waind

Playing at Northside for the first time, Danish band Folkeklubben, made up of Copenhagen-based Kjartan Arngrim, Rasmus Dall and Rasmus Jusjong, did their set full justice, drawing out the sun to start the second day of music as this year’s Northside festival.

Saturday’s show started off slow, as the gates opened late and the audience made their quickest efforts to wade their way through the sea of mud left from Friday’s rain. “When we entered the stage there were very few people. And we thought, ‘now we’ve lost it’,” says Arngrim.

“And then they decided to open the gates!” laughs Jusjong. The band’s slight panic at the size of the initial audience was short-lived, as revellers gradually poured in during the first numbers, wellies battling against the torrent of dirt. 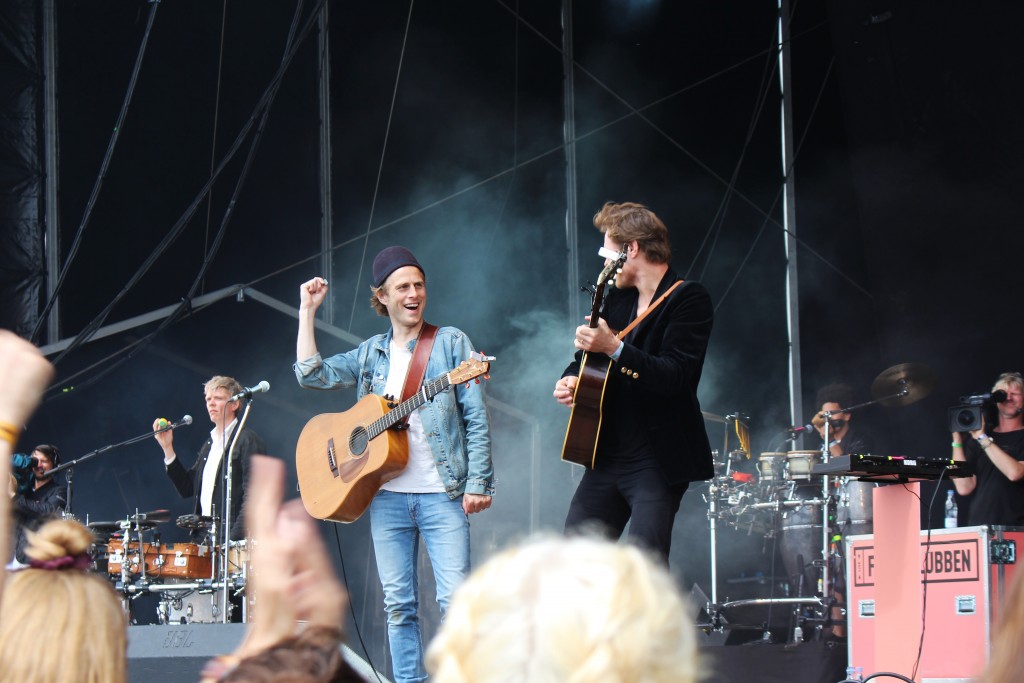 Folkeklubben on stage at Northside on Saturday

What followed was the perfect opening to a sunny Saturday afternoon at Northside. Folkeklubben are a truly feel-good band. Their songs, along with their cheerful and energetic stage-presence, paint a smile across your face without you even realising it. It’s impossible to draw your eyes away as they hop around the stage, playfully engaging with one another. The crowd bounced and clapped along to popular tunes including ‘Torben Ulrich’ and ‘Fedterøv’.

All of the band’s songs are in Danish, but this certainly doesn’t take the magic away for non-Danish speakers. The joy is in the melody, and when asked whether they would consider writing songs in English, Arngrim replies, “It would be a disaster.”

“There’s a big misunderstanding that you have to sing in a language that people can understand,” explains Jusjong. “Ten years ago a lot of Danes listened to Eros Ramazzotti – he’s Italian – and no-one knew what he was singing.”

“We hope to be the new Eros Ramazzotti in England!” jokes Dall. 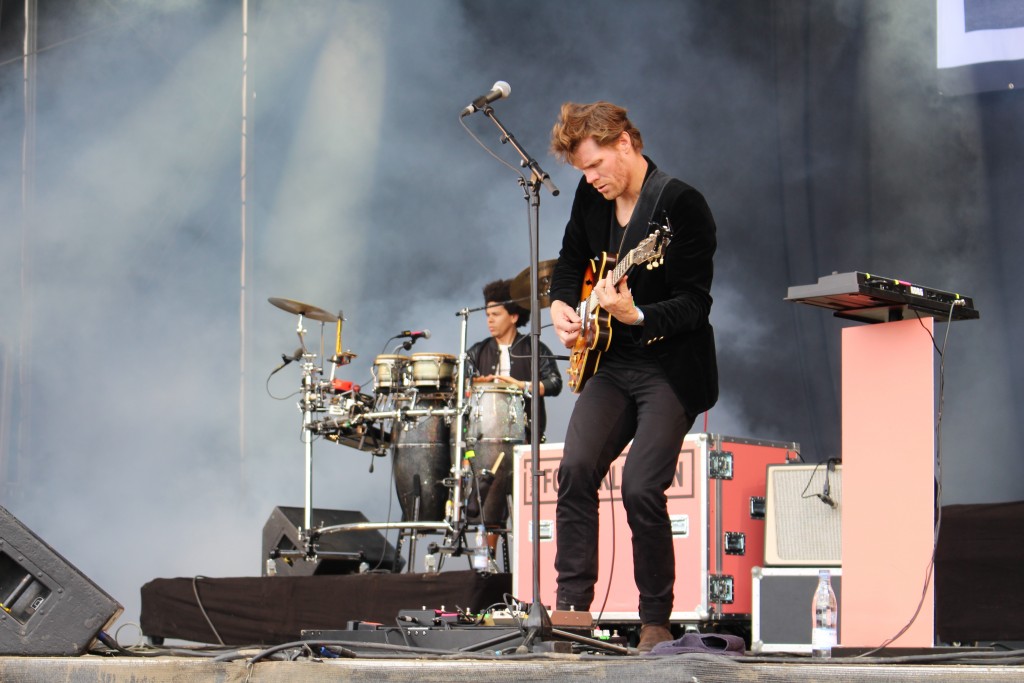 Folkeklubben have played around 100 gigs a year in venues throughout Denmark since they formed in 2011. They’ve also played in Norway and Germany, and have plans to play in Cuba. But what they love about festivals is the chaos. “It’s a nice chaos, and we love chaos. It’s been six years of chaos,” says Arngrim.

The band has a busy summer, playing at 26 festivals throughout Denmark. Also this weekend they played at Nord-Als in Nordborg, Southern Denmark, and later in the month they’ll be playing at Komos Festival in Copenhagen, Tinderbox in Odense and Skagen Festival. And that’s only June.

Alongside the gigs they’re always working on new music, and their third album, Slå flint!, released back in August last year, won the 2016 GAFFA award for Best Danish Album.

So, if you missed Folkeklubben yesterday, make sure to catch them at another one of their gigs this summer, for some truly feel-good musical moments.

You can find out about Folkeklubben’s upcoming gigs on their website. 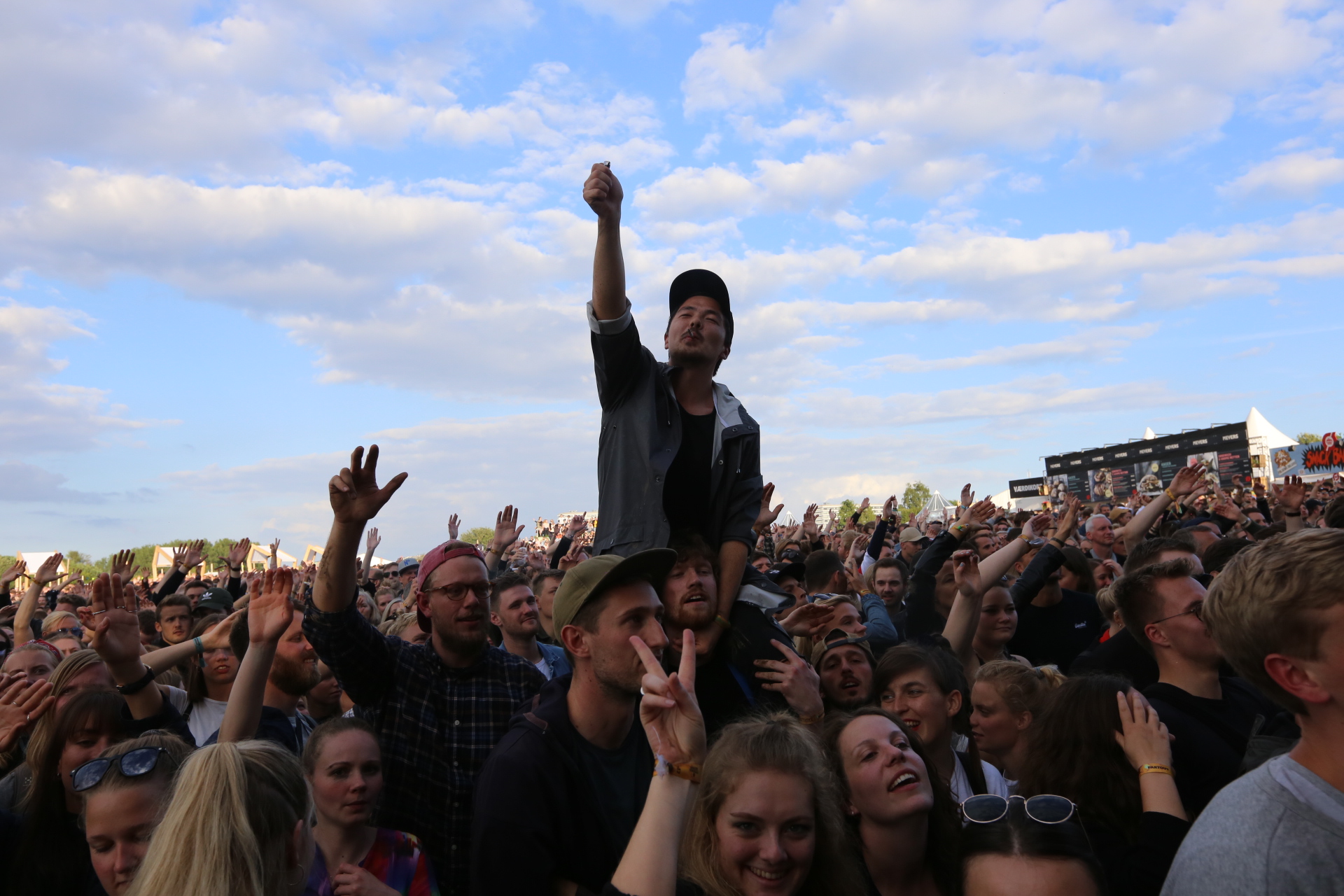