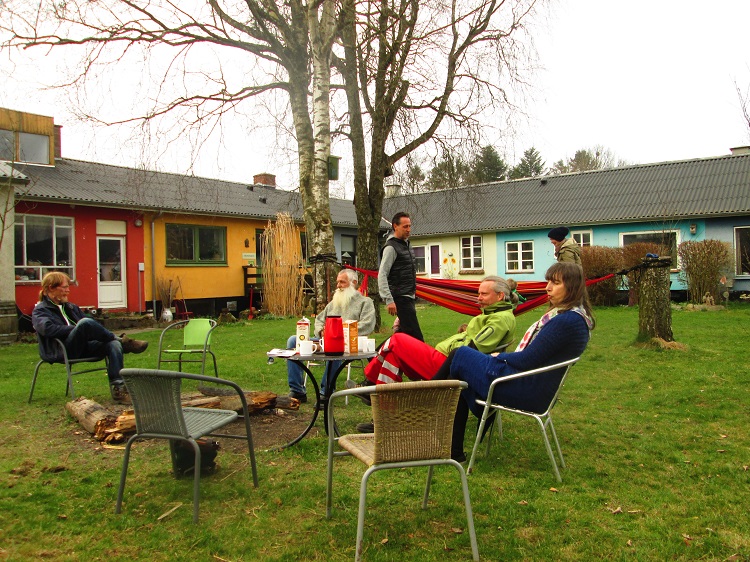 Not without my neighbours – the success of cohousing in Denmark

“Why?” Morten repeats the word with a sound of incredulity. Why did he come to live in Toustrup Mark? What a question, he seems to be thinking, and he lets his gaze wander across the grass, the trees with the red hammocks, the colourful houses next to each other. “Well, it’s because you get all these opportunities. You meet all these people. Here, I have two tractors, five lawnmowers.” And, above all: about sixty neighbours with whom he shares all this.

Morten lives in a cohousing community near Silkeborg, about 24 kilometres from Aarhus. In cohousing, people organize their life together and share common areas, like a kitchen or garden, while maintaining private rooms to live. This communitarian way of living is gaining popularity all over Europe, and it has its origins in Scandinavia. Collective housing models have been a tradition in the region for the last 200 years, but the first modern cohousing community was built in Denmark in 1964. “Cohousing combines the autonomy of private dwellings with the advantages of community living”, writes Dr. Jo Williams, senior lecturer in Sustainable Urbanism at the Bartlett School of Planning in London, who has been researching this way of living. “The key to success is the social focus of cohousing, cohousers’ keenness to build a sense of community and their very positive attitude towards social interaction.” 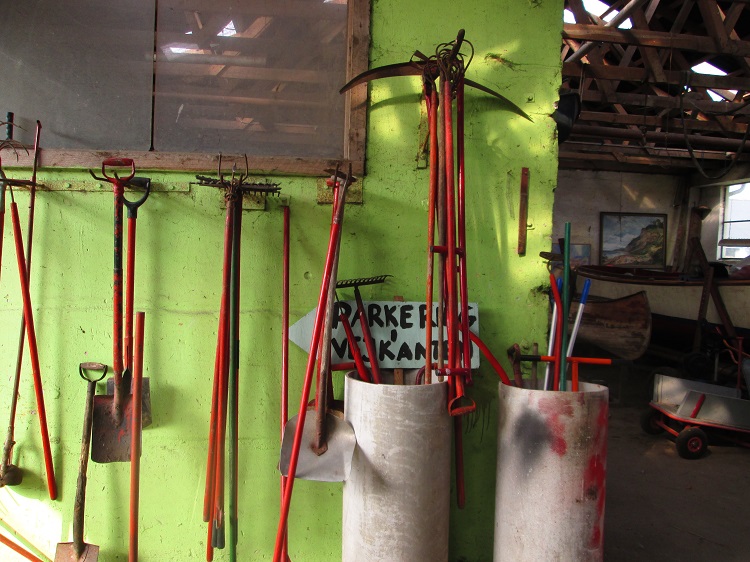 Toustrup Mark has several workshops, a music room, a sauna and big community areas in- and outdoors. Tools that are painted red belong to everyone (photo: Anne-Kirstin Berger)

Social life just outside the door

How does this work in practice? “Just last night, I was just sitting at home at my couch”, tells Morten. “And then I got a text message, saying “I am going to the billiard room, do you want to join?” So instead of sitting at home, I went there, and we had a good time together.” “Me too”, says Kent, who is standing next to Morten. “And suddenly, we were six, seven or something like this. Just enjoying ourselves. And we don’t have to take a taxi home or anything. It is just very easy and relaxed.”

Kent has just recently moved to the community. He grew up in Denmark, but spent a lot of time in Spain, where part of his family is from. For him, the cohousing project is a piece of the Spanish lifestyle transferred to Denmark: “In Spain, people spend a lot of time in the streets, they are social – this is very different from Denmark. One day I stayed in a cohousing community through Airbnb, and I fell in love with the way of living, because it reminds me very much of this easy-going life in Spain”, he says. Eventually, he moved from Valencia to Toustrup Mark.

The necessity of rules

To make such a community work, it needs people who enjoy being social, structures that allow them to spend time together, but also maintain privacy if they need to – and clear rules. In Toustrup Mark, these rules are enshrined in an “almanac”, a small black folder that lies in every house. The common dinner is one of the principles written down in the almanac: everyone is supposed to meet for eating during week days. The food is prepared by another group every day. Such tasks, that everybody assumes, keep the community vivid. Morten is responsible for taking care of the garden, Kent is the one who installed the hammocks with the kids, and Louisa belongs to the welcoming group who receives guests and people who are interested in moving to Toustrup Mark. 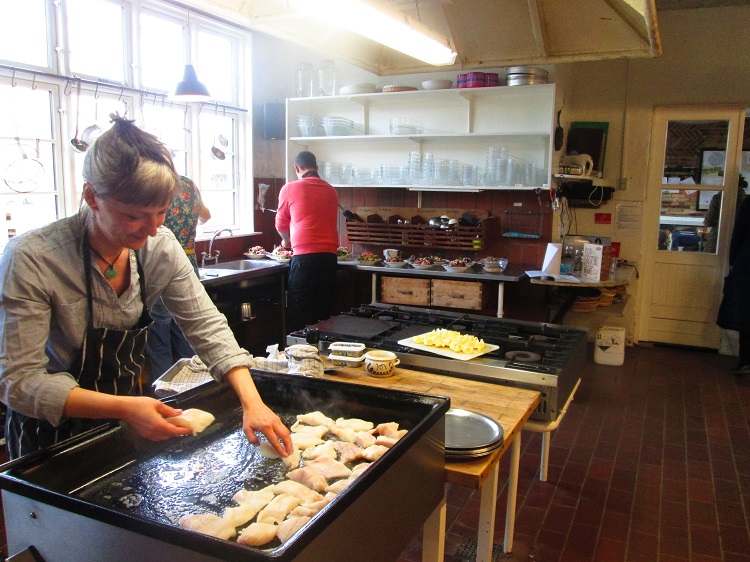 Through common dinners, the residents make sure that they meet each other every day. Cooking and cleaning are always up to a different group (photo: Anne-Kirstin Berger)

Cohousing – a way to escape loneliness?

The interest for this alternative way of living is growing. All over Europe, similar projects, such as multigenerational houses, emerge. Still, the Cohousing Association of the United States estimates that one per cent of the Danish population – about 50,000 people – live in cohousing today, which indicates that it is far from being a mainstream phenomenon. However, with more and more post-traditional family types, single households and elderly people, the demand for communitarian ways of living will increase. According to a survey by the Danish Mary Foundation in 2015, almost every twentieth Dane over the age of 16 suffers from loneliness. “Of course, you can also be lonely living here, in a cohousing community”, Louisa says. But one thing that the community members have in common is their desire to avoid isolation, to feel part of a group where they look after each other. Morten says: “The good thing here is if you have problems, then people come and ask: I haven’t been seeing you much, how are you doing. Is there anything I can do?”

If there is any lesson that the residents of Toustrup Mark could give to usual neighbourhoods elsewhere, it is to introduce common dinners as a way to get to know the neighbours. It does not take a lot of effort to eat together every now or then, and it provides an ideal chance to build ties. “You know”, Morten says thoughtfully, “relations take time. That’s what relations are built on. Spending time together.”

For more information about cohousing, visit the webpage of the Cohousing Association of the United States. Toustrup Mark also maintains a homepage. More details about loneliness in Denmark can be found through the Mary Foundation. 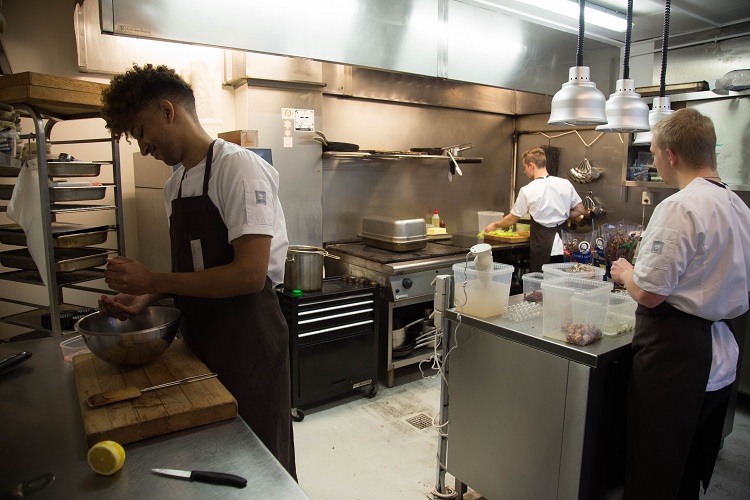 Previous article « What does it take to get a star? 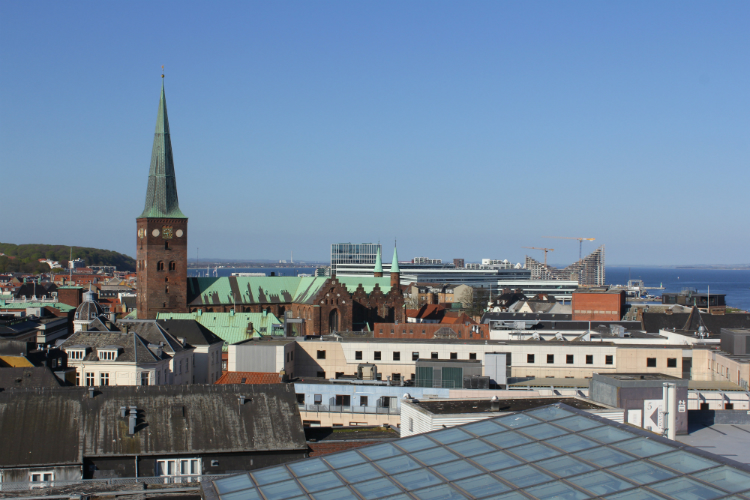 Next article Aarhus, a city that is beautiful and smart »