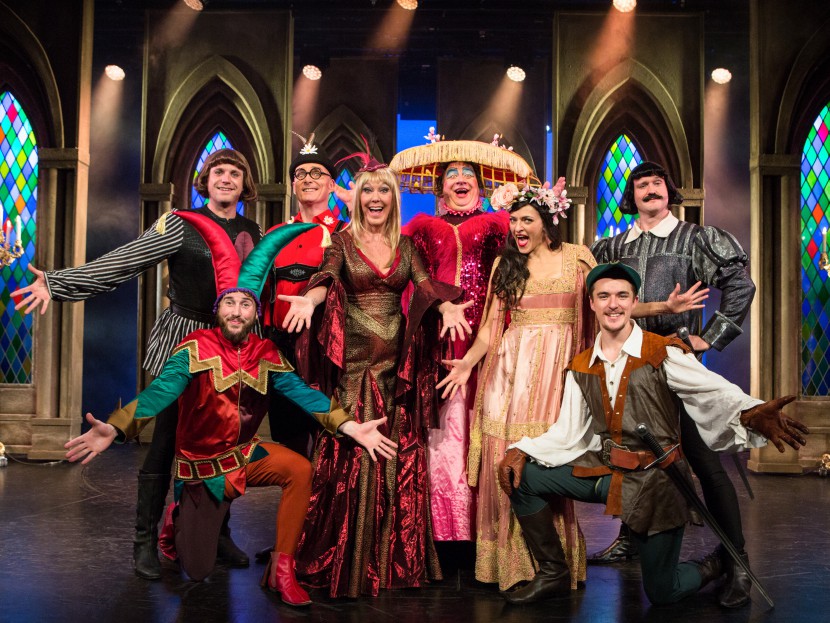 Last night while I made my way through Tivoli, the amusement park gave me the creeps. Few lights around, games closed, no people. It felt like I was stepping into a horror movie. Little did I know, I was about to spend my night cracking up in Sherwood.

Crazy enjoyment even after Christmas
Straight from Copenhagen, Vivienne Mckee and her Crazy Christmas Cabaret cast from London Toast Theatre are in Aarhus this week with ‘Shakin’ up Sherwood’, ready to make Jutland merry. Mckee has been writing, acting and directing the play since 1982, and with the run in Tivoli they are celebrating the 34th edition of the show. With sold-out performances throughout the Christmas season in Copenhagen, there is still time to be crazy after Christmas in this dark January, with a play that will light up any soul.

“Have you ever been to a Crazy Christmas Cabaret before?,” asked Mckee after the initial breakthrough dance. The audience seems to know the drill. Many raise up their hands; the crowd is full of Mckee’s fans, that’s for sure. I’d heard a lot about her, but I had never been to one of her performances. Like others in the audience – including Simon, Mckee’s first crowd victim – I was a Christmas Cabaret virgin. Everything was going to be a surprise, but as soon as Mckee started her monologue, she had me at chastity belt. 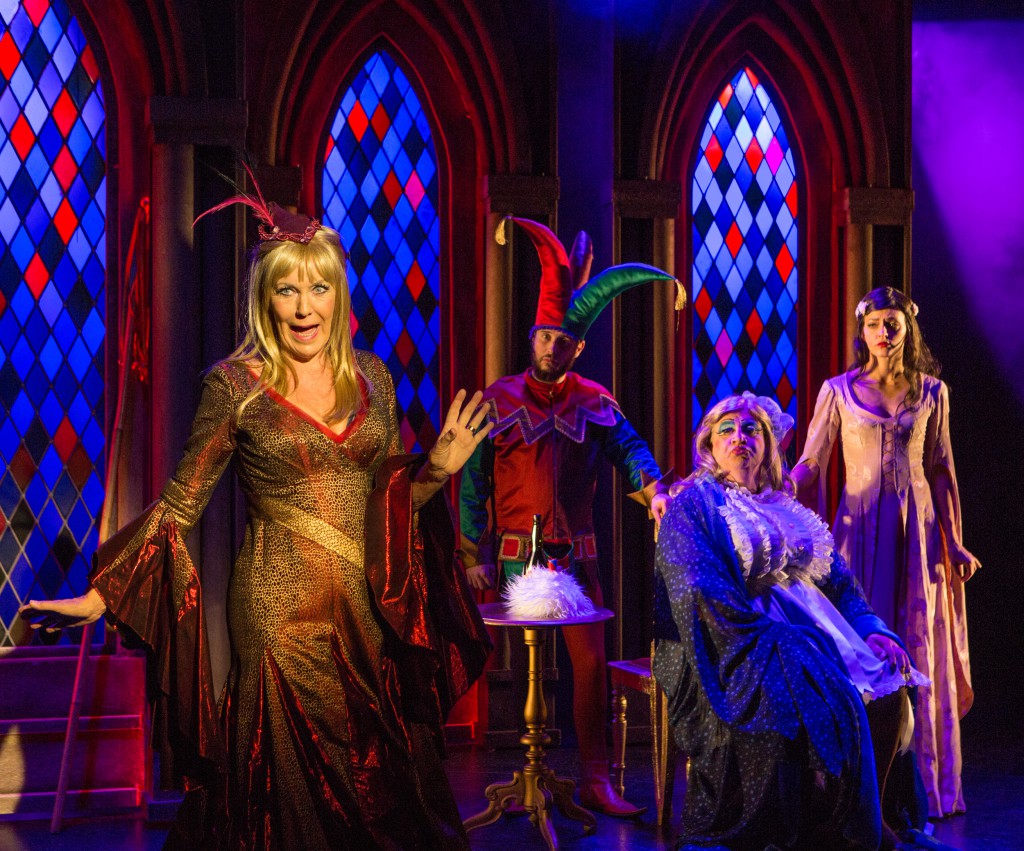 Mckee stands out in all her different characters (photo: Thomas Petri)

The hero in green tights
Every year Mckee picks a well-known story and makes it her own, adding that Monty Python-style humour that she is known for. Robin Hood is the chosen legend for this season, but expect new characters – including an elf from ‘The Hobbit’ – and not a tough Robin as we all know, but a romantic one who writes poems for his dear Lady Marion instead of killing. The basis of the legend is the same, in which Robin steals from the rich to give to the poor, but the bad guy – aka the sheriff – is Ronald Rump. Ring any bells?

Mckee resumes events that have occurred doing the whole year in the play, cleverly including them in the script. Immigration problems, the EU, Brexit, Queen Margrethe and of course, Mr. Trump. The sarcasm is incessant. The dialogues are naughty, with double sense, and you’ve got to be quick to catch the best inside jokes. It’s one after the other, with complicity and improvisation between the characters that’s worth the applause. 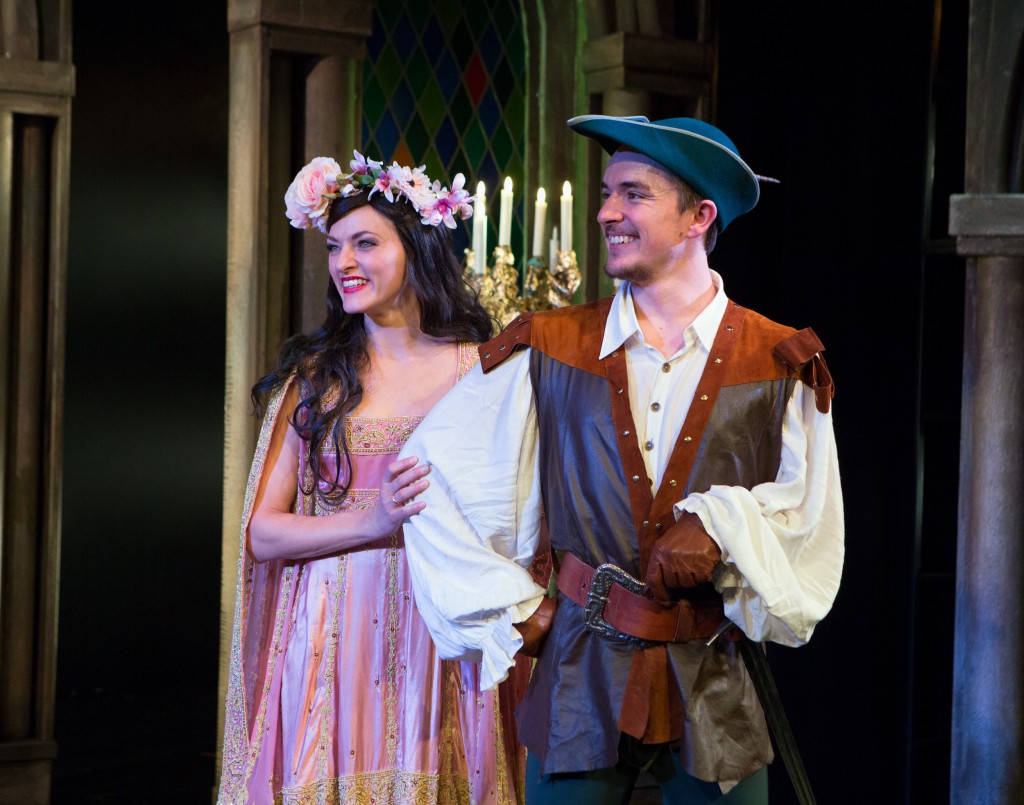 Inspired by Trump’s atrocities in the media, Mckee transforms the sheriff into Ronald Rump – a remarkable imitation performed by David Bateson – together with her version of Ivana (Alania D’Ell) and her funny ‘Slovenianka’ accent, who is ready to kill the bastard, for all the damage that he caused her.

“When I wrote the script for ‘Shakin’ Up Sherwood’, I didn’t know Trump was going to win the US presidential election, but I would like to thank him for providing me with the nastiest and most tasteless comments that I could never have invented for the role of The Sheriff,” says Mckee. 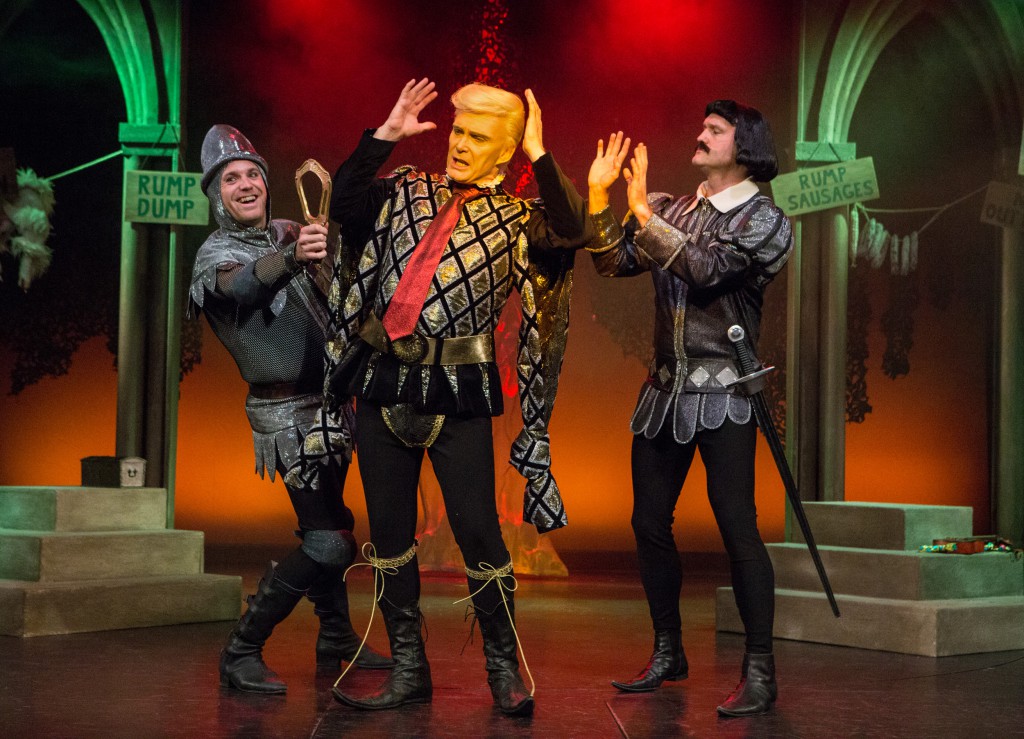 A top class cast
Indeed, Bateson steals the show with Rump, but the entire cast is definitely top-notch. Little John, played by Christopher Smart, cracks the audience and sometimes even his own colleagues with his lovely Scottish accent and his performance on the mandolin. Meanwhile, Katrine Falkenberg as Lady Marion rocks her musicals.

Andrew Jeffers plays both Tuck Friar and Nurse Cox. Let me just say: HILARIOUS! Nurse Cox loves men in tights, and there is no character or member of the audience that saves her flirts. She is hot stuff. I won’t reveal her whole name, nor I won’t tell you the things they made us said… You immediately regret, having repeated like a parrot.

Another great thing about Mckee’s plays is the audience participation. Even some members of the audience where dragged on stage. This type of interactive performance makes each experience different and unique for the spectator. 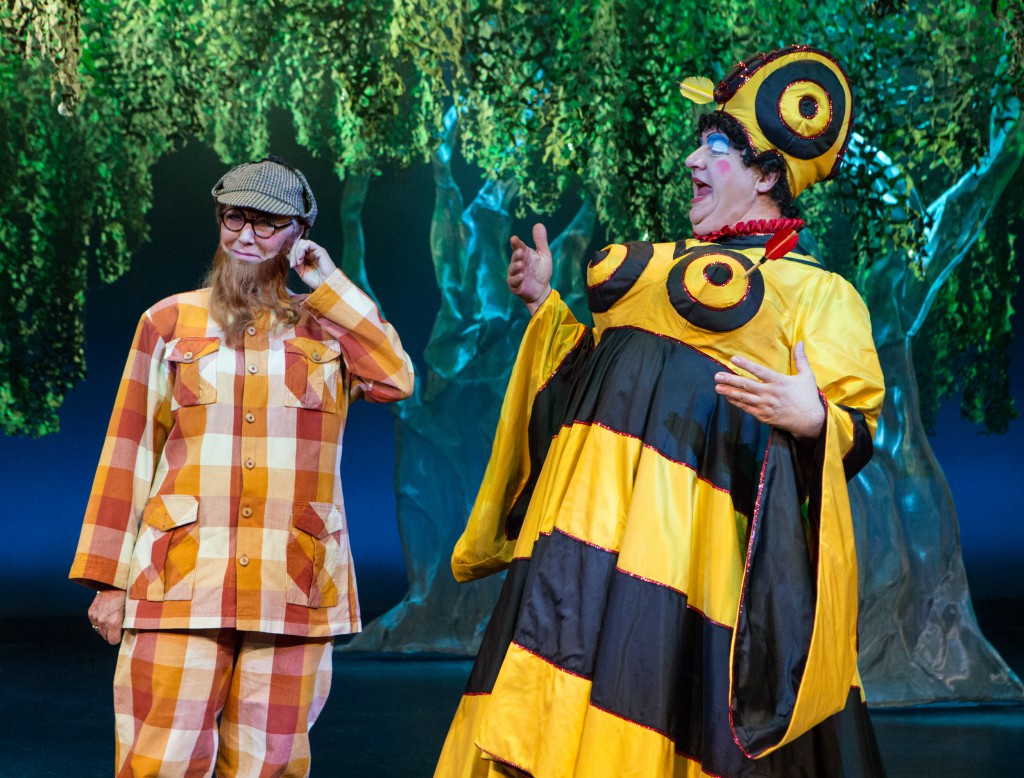 Modern soundtrack and shiny costumes
The music is stupendously chosen. It goes from Adele’s hit ‘Hello’ – brilliantly performed by Nurse Cox to Queen Margrethe over an iPhone call (apparently phones existed back in Robin Hood’s time!) – to 90s classics like Ricky Martin’s ‘Nobody wants to be lonely’. You want to dance to Taylor Swift’s ‘Shake it off’ and Heatwave’s ‘Boogie Nights’. Something for everyone.

Worth mentioning are the wonderful costumes by Kirsten Brink and the exceptional work of musical director Stuart Goodstein, who plays much more than a musical role.

Need I say more?
The play is ingeniously crafted. Breaking all the rules of a traditional format, Mckee immerses you in a world that you accept as it comes. Fiction meets reality, and you have a night of full-on entertainment.

The show’s popularity has transformed it into a sort of cult show among Danes, and a must-see during the Christmas season. It’s not Christmas if you haven’t attended a Crazy Christmas Cabaret. So you better hurry for those tickets and make your Christmas complete – it’s never too late, and there’s nothing better than some good belly laughs. Be prepared to shout some ‘boo’s and ‘hooray’s!

‘Shaking up Sherwood’ will be playing at Hermans, Tivoli Friheden, all week. There will be two shows on Saturday, at 15:00 and 20:00. For more information and tickets, visit the London Toast Theatre website. 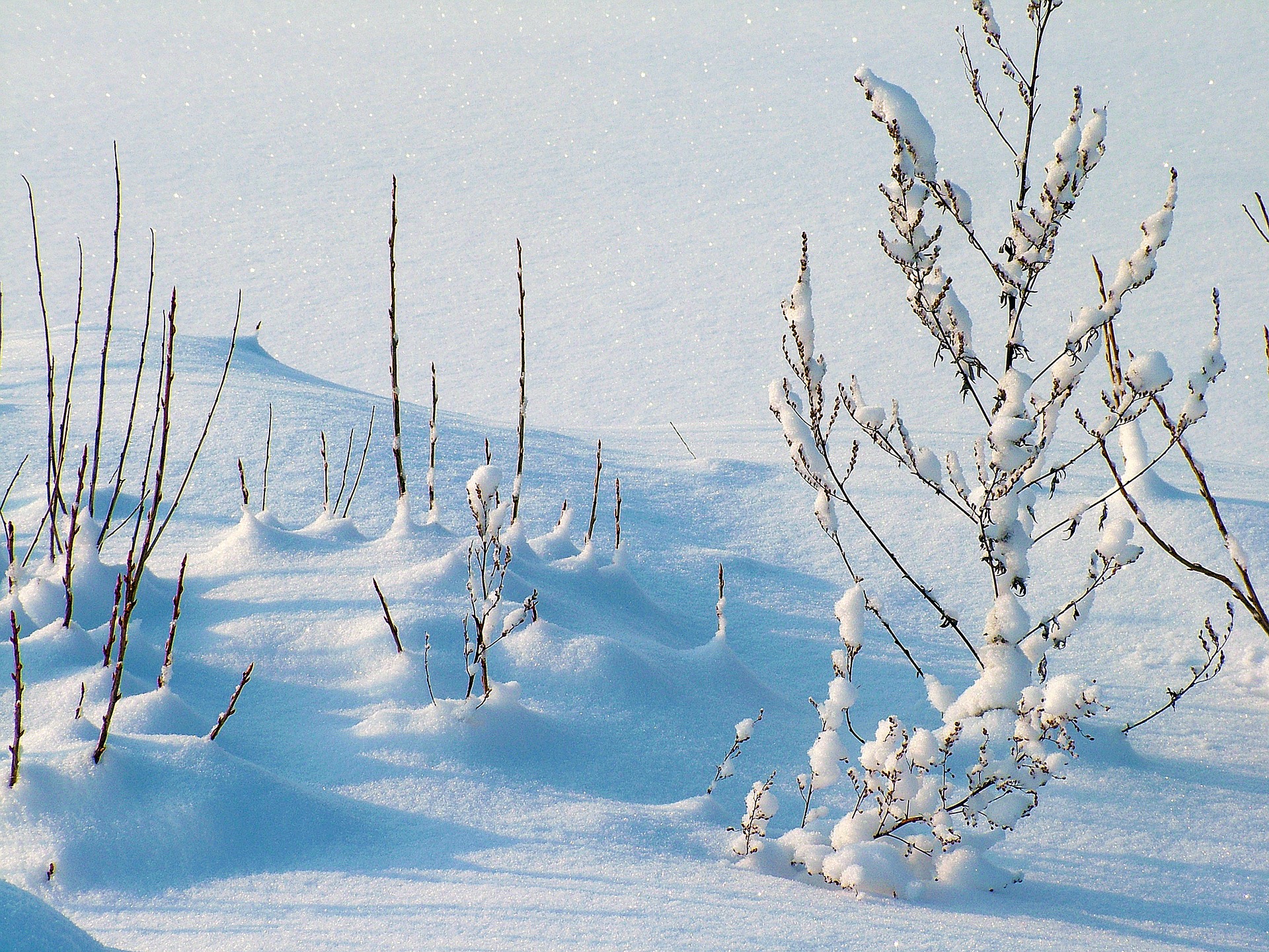 Previous article « Book Review: Dorthe Nors’ ‘So much for that winter’ 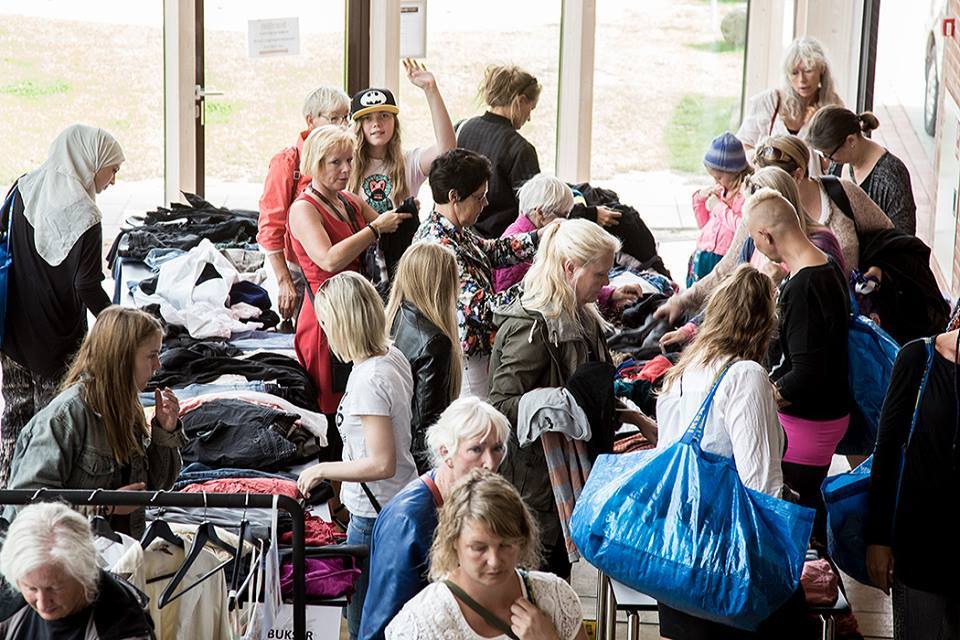 Next article Exchange anything and everything @ Aarhus Swap Market »