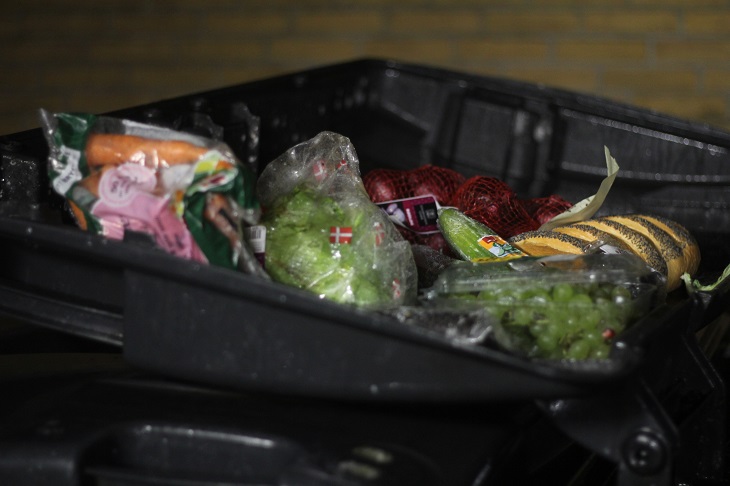 The silent activism of dumpster divers

A bag of oranges illustrates what is wrong with the world’s food consumption. Twelve fruits are packed together in red plastic, four of which are rotten. No customer will buy the spoiled oranges. They are reflected in the statistics as “lost food”. But not only the four of them are thrown away – the whole bag ends up as trash. One third of the food produced worldwide is lost or wasted, 80 % of which would be avoidable.

Sharon is upset by those numbers. She is holding the bag of oranges in her gloved hands as a proof of an obvious grievance that she is not willing to accept. “They are wasting more than one kilo and a half of food with this. I can’t belief that supermarkets throw so much food away every day.” Sharon has found her way to fight food waste: she goes dumpster diving. At night, when the last customers have left through the front doors, Sharon parks her bike next to some black containers in the backyard of a shopping center in Aarhus. She grabs her empty backpack and puts her gloves on. As soon as she opens the dumpster, Sharon’s eyes begin to shine: “There is a whole package of flour here. The bag is a bit ripped, but I don’t care. I will make pasta out of this.” 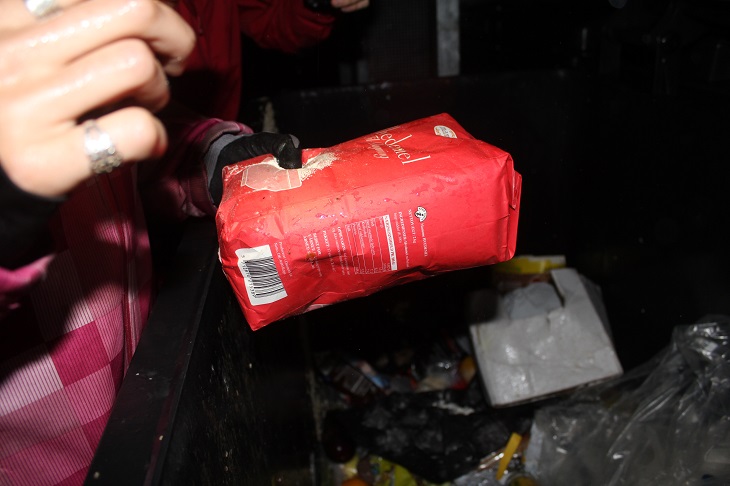 Legal prescriptions do not allow the sale of products with damaged packaging, such as this bag of flour (photo: Guki Giunashvili)

“I never know what I will find the next day”

Going to the dumpsters is a kind of adventure for Sharon, she does not hide this. “I never know what I will cook the next day, it depends on what I can find in the trash. My cooking is much more creative now”, she says. Once she heard how much food was being wasted, she got curious. On Facebook she found a group of like-minded people in Aarhus and even a map which shows available dumpsters in the town. Since then, she has made the trip to the supermarket’s backyard a part of her daily routine. “On the one hand it is super funny – sometimes you even find chocolate. But it is also a matter of being conscious about what is going on. You need empathy to do this.” Sharon is from Argentina, and she stresses that many people back in her home country are starving. Seeing the abundance being thrown into the waste in Denmark makes her angry. “I do not want to support such a waste of resources”, she states.

Danmark’s biggest retailer, Dansk Supermaked, has recognized the urgency of the problem. It helped to relax the legislation regarding consumability of products that passed the sell-by-date and launched an app which makes it possible to spot products that are being sold for a reduced price in its Netto branches. However, the company’s press referent Kasper Reggelsen warns: “Dumpster diving is nothing we can recommend, because food that is thrown out is considered garbage. It is not apt for consumption.”

Although Sharon would contest that in the case of the oranges, the Danish Ministry for Nutrition and Environment echoes the warning: “There may be a health risk when eating food waste.” In fact, it is not only the mashed bananas that are thrown away, but also contaminated products that have been recalled and fragments of broken glasses. Apart from that, legal issues remain, even though dumpster diving is not per se illegal. It depends on where the dumpsters are located and how they are locked. “I would never open a dumpster by force”, Sharon says. “The map that other people shared with me shows containers that are freely accessible.” It currently indicates 36 shops in Aarhus and its surrounding area where dumpster diving is possible. 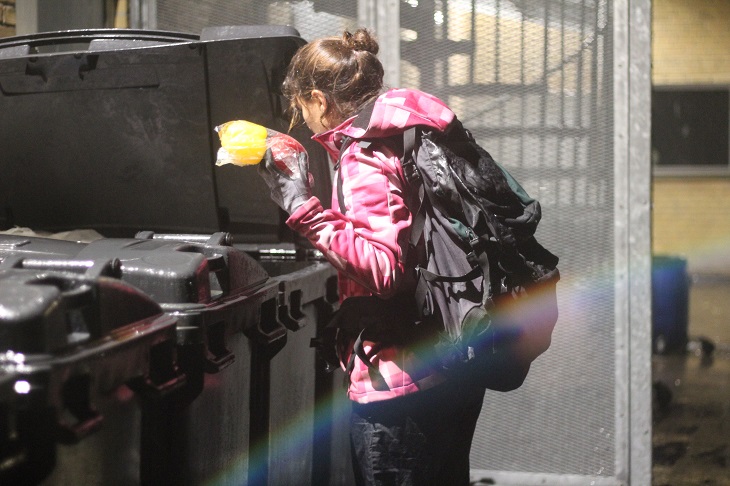 Compared to other EU countries, such as Great Britain and Germany, the amount of food wasted in Danmark is moderate. Still, 642000 tonnes are wasted per year (photo: Guki Giunashvili)

The limitations of dumpster diving

There is no general policy for supermarkets to handle the nocturnal visits at their dumpsters, according to Mr. Reffelsen from Dansk Supermarked. “Most dumpsters are not publicly accessible. In general, we do not have a big problem with that issue.” It gets tricky when dumpster divers spread waste outside the containers, where it may attract animals. However, Dansk Supermarked does not know about any health issues, nor does the police in Aarhus have any records about quarrels with dumpster divers. The practice remains in a comfortable grey zone: not explicitly regulated and quietly tolerated by retailers. However, this way it is hardly capable of raising substantial attention for the wastage of food. It is a silent activism that takes advantage of the system in place. As long as dumpster divers can fill their fridges with food that has been discarded, the real problem has not been solved. And it is not only the retailers’ but also the consumers’ attitude that matters. A recent statistic by the EU Commission shows that the biggest share of food waste is actually not caused by retailers, but by households at the very end of the food chain. 16 % of all food that reaches consumers is thrown into the bin, although most of it would be edible. Reducing the big wastage is up to both ends of the food chain. 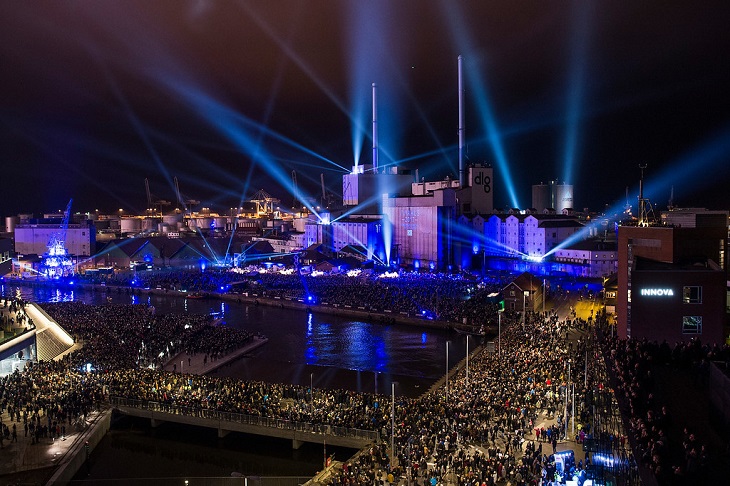 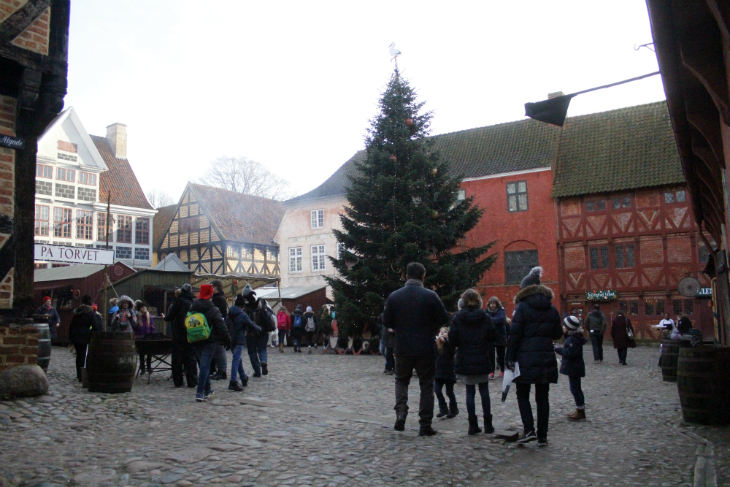 Next article Danish Christmas celebration at Den Gamle By »