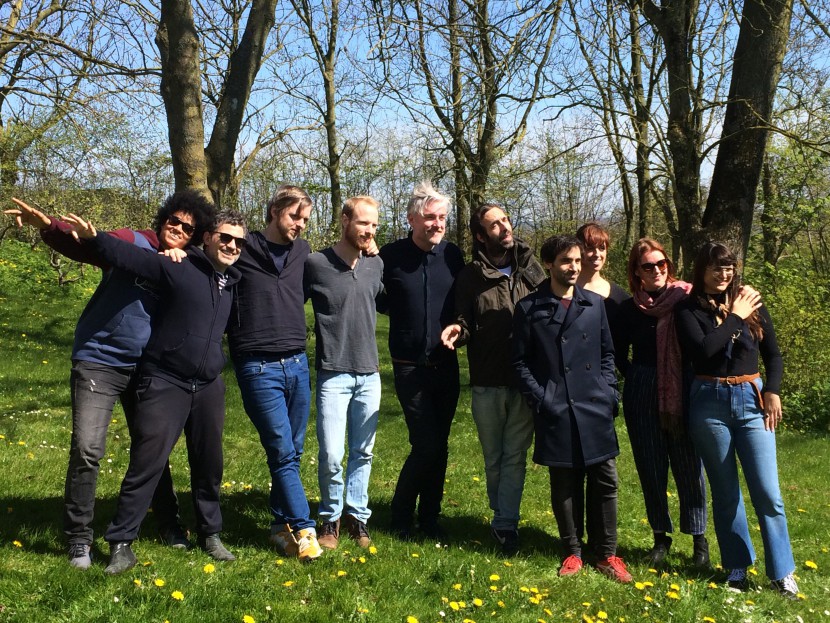 SPOTLab: Días Nordicos, the backstage of an intense creative workshop

After four days of hard-working rehearsals, Dias Nordicos Lab premiered on Friday at SPOT’s Åbne Scene stage in Godsbanen, mesmerising the audience with a variety of performances in English and Spanish.

Imagine you had to produce brand new music in only three hours. One whole song in three hours, when you usually take your time, wait for that inspiration to come. Nine musicians from Argentina, Spain, Denmark and the Faroe Islands went through an intensive workshop in the Rytmisk efterskole in Middlefart, Funen, during the four days preceding SPOT Festival, to do just that.

“It’s like being in a camp,” says Axel Krygier, one of the musicians from Argentina, while he rests under the sun after lunch. In fact, it is much like a kind of summer music camp or high school trip. From Monday to Friday morning they slept in high school dorms and respected tight schedules, with rehearsals and activities set up to produce four new songs each, in different groups. Some had met before; some never had; and they had certainly never played or composed together before. So it was quite a challenging experience, yet enriching in different ways.

Both the Argentinians and the Spaniards are used to doing things slower, and punctuality is not one of their strengths. They had to adapt to the times and the meals. Eating dinner at 18:00 was strange, mostly for the Argentinians who tend to dine around 21:00 or 22:00. “Having dinner at 6 with the hour difference with Argentina is crazy. I am still jet lagged, so its like I’m having dinner at lunchtime, breakfast in the middle of the night, and so on,” giggles Lucio Mantel from Argentina. Although they were working hard, there was also space for free time and laughs.

“We had so much fun, my jaw hurt from laughing so much. We improvised music in our free time, and I feel like in these four days I have learned more than ever about music,” says Mariana Paraway from Mendoza, Argentina.

On Wednesday we witnessed the performance of four songs in different groups of 2, 3 or 4 musicians, and they had only composed them three hours before we arrived. The ‘Girl Power’ group, with Ida Wenoe from Denmark, Mariana Paraway and Lady C from Soul Train from the UK, blew our minds. “There’s another vibe and drive with the Argentinians and Spaniards. It’s different from the dark sounds of Scandinavia; there’s more like a warm, happy breeze to it,” says Wenoe, who also challenged herself by singing in Spanish, even though she doesn’t really speak the language.

They ended the song drumming together, with plenty of adrenaline. “I am shivering,” says Paraway, when they conclude. Their music gave me goosebumps, and I had just met them. 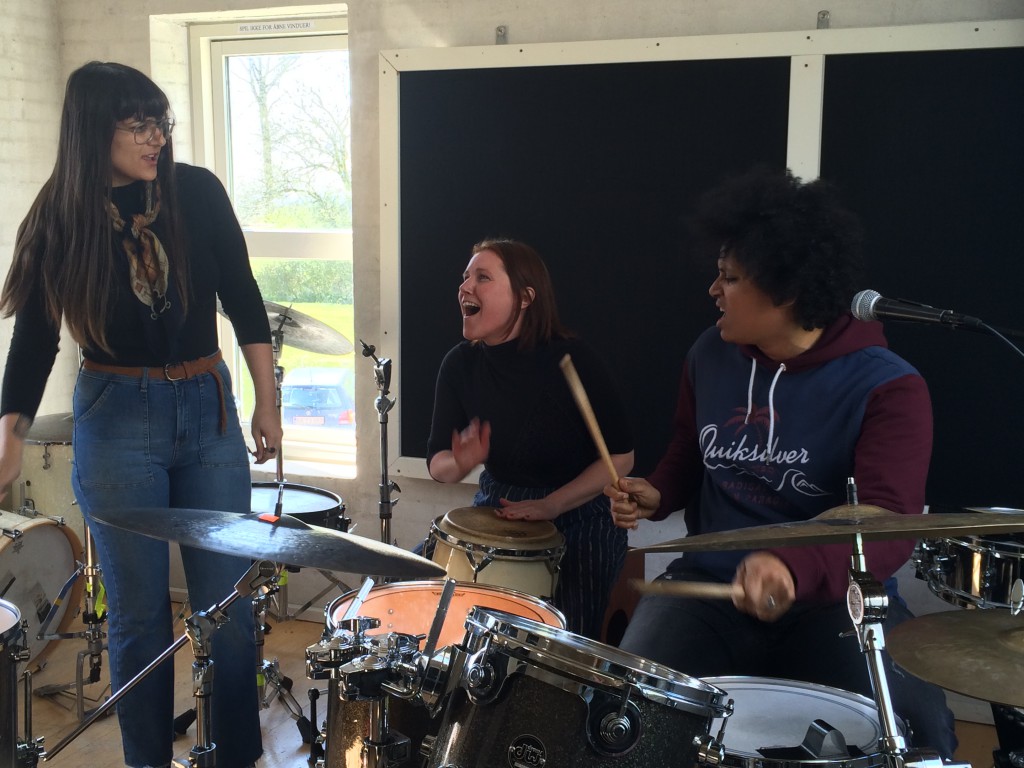 In the next room, Teitur with Krygier played the piano. It was a magical composition: an instrumental piano named ‘Banana Feroz’, as in ‘fierce banana’. Yeah, hilarious. But beautiful to the ears. It was like they were talking to each other through the music.

Elsewhere, Sole Parody and Ricardo Vicente with ‘You don’t have more talent than me’, showed us some Spanish Flamenco. Parody with her ukelele and Vicente with his rusty voice that reminds of Joan Manuel Serrat, teleported me to a Spanish night in Barcelona drinking sangria.

“This meeting is like a dream, combining so many different instruments and playing those we usually don’t. Indeed, it was a great experience to mix in the Nordic culture and to produce songs so fast. My personal writing process sometimes takes me days, weeks, years,” says Mantel.

Mantel played with Diosque, ‘Paisaje  de Dinamarca’, inspired by the Danish landscape. It was psychedelic, and reminded me of an Argentinian group called Babasonicos. Mantel’s voice was truly bewitching. Being there observe the process of how the magic was done was incredible.

Finally, on Thursday night they performed for the students at the school. They were amazed, and even more so when they learned the musicians had written the material in so little time. As musicians themselves, they are aware of how it works, and how challenging it can be.

And the day arrived. Friday was the day of the premiere at Godsbanen: the artists were tired and afraid they would forget the lyrics, the notes. But they didn’t. It was a marvelous performance and the audience loved it. What these guys created in only four days, deserved all the applause they received.

Dias Nordicos has been an eight-year collaboration with Spain. In 2014 they made the addition of South America and decided to organise the workshop with the Centro Cultural of Recoleta. Read our preview here.

If you missed the concert, you can catch up in the video below: 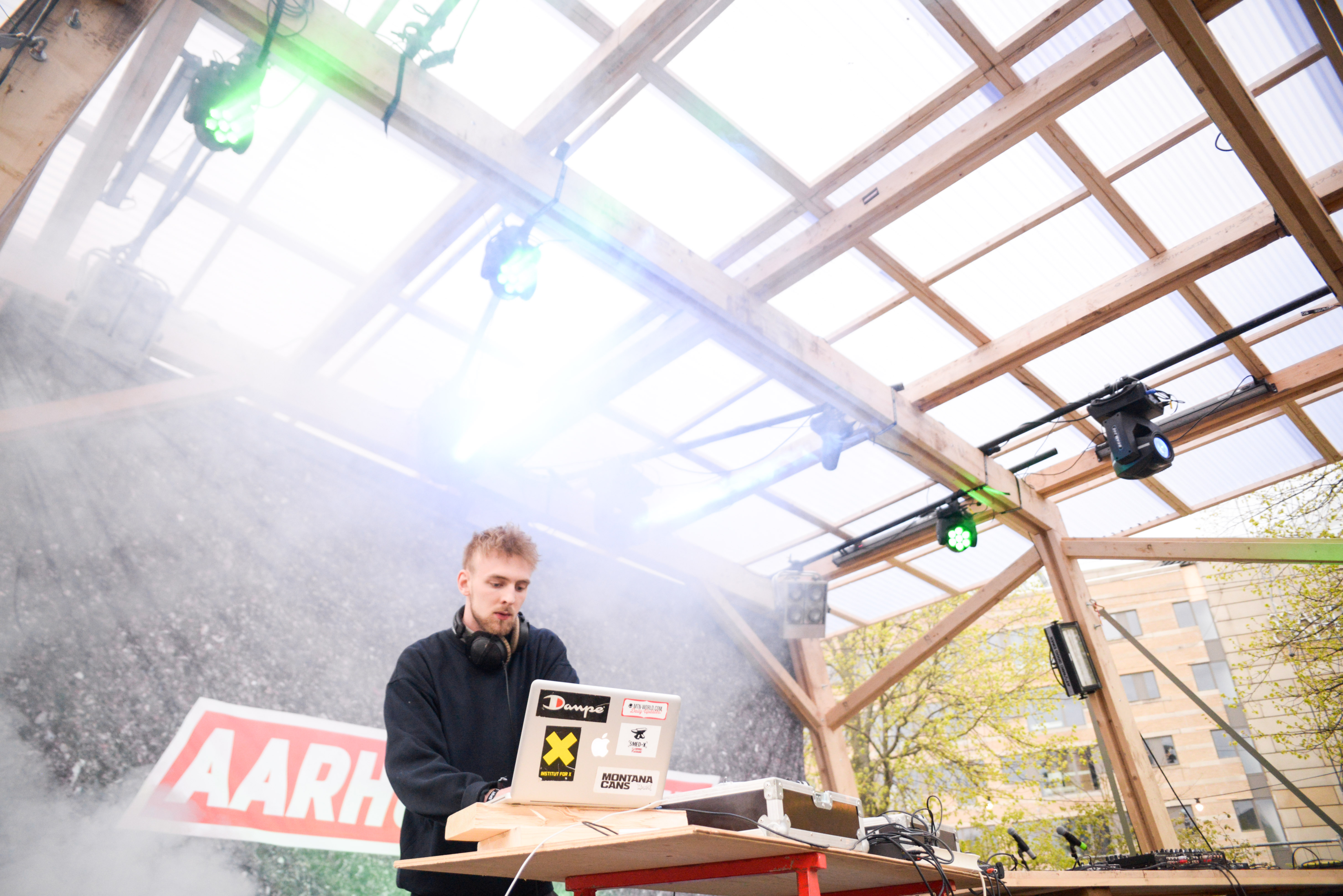 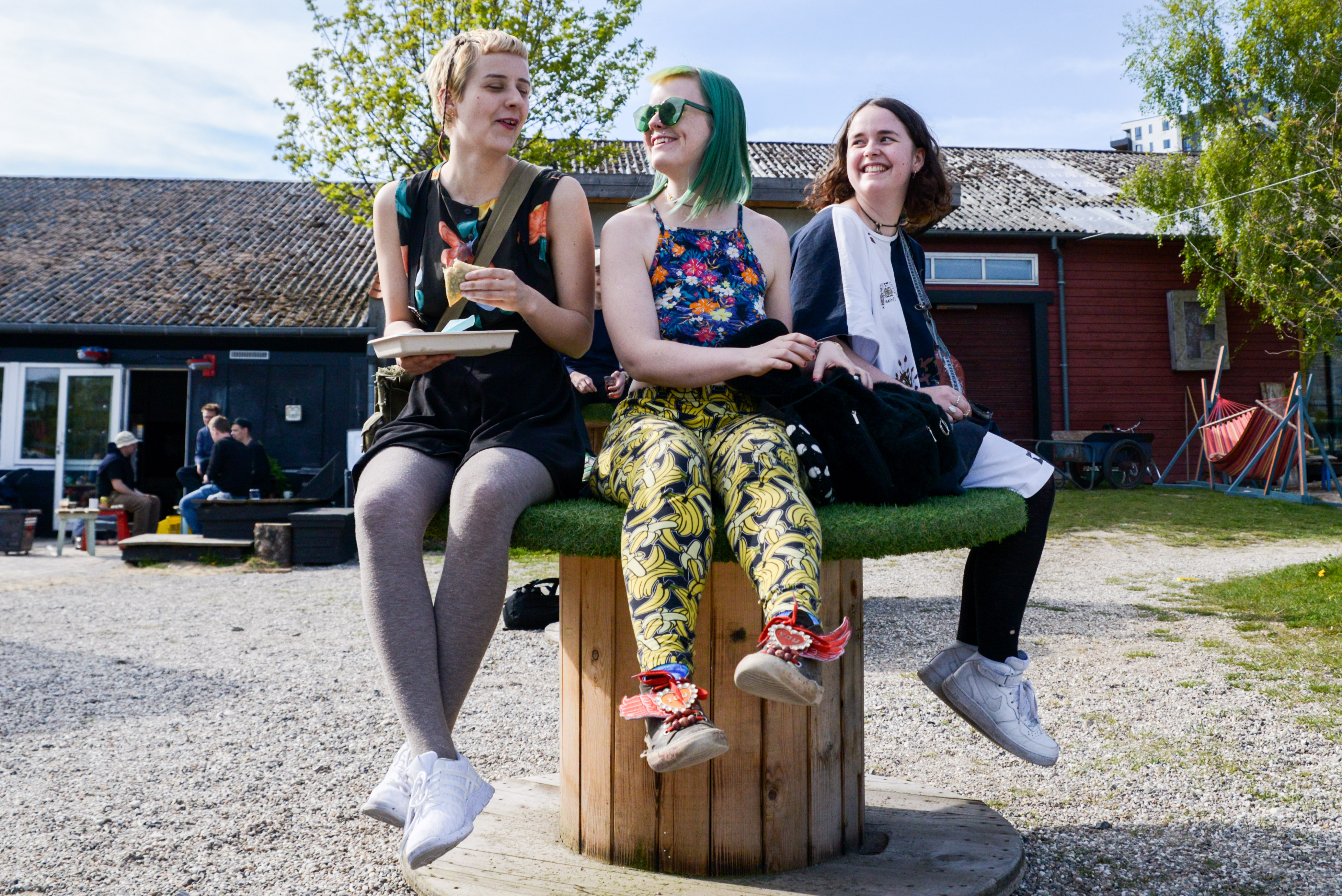 Next article Spotted at SPOT: Fashion at the music fest »