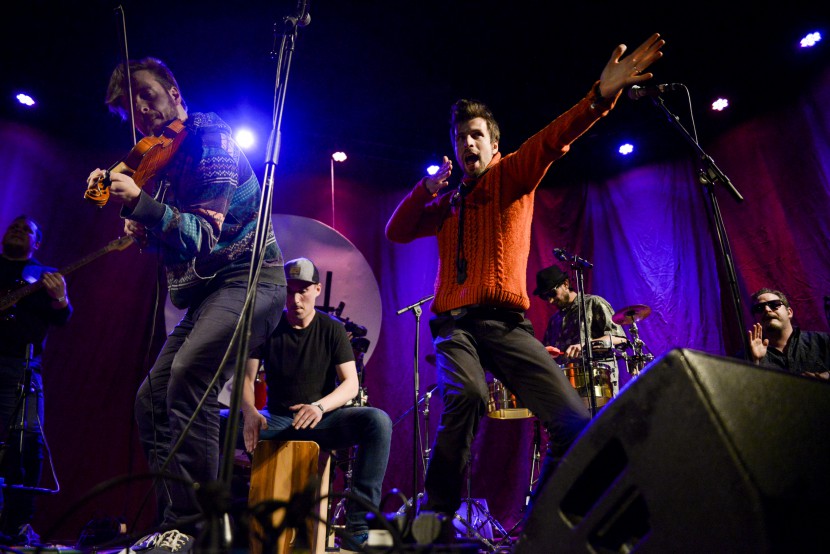 SPOT: Moving to the beats of La3no Cubano

SPOT’s Ridehuset venue this year featured bands from different parts of the world that added an international kick to the Nordic festival. In collaboration with Roots&Hybrid Festival, one of the most memorable artists from the weekend was La3no Cubano.

Together with a few other curious Danes, I attended the ‘Artist Talk’ with Slovakian band La3no Cubano before their set on Thursday evening. Carpets covered the floor and little colourful cushions and intimate living room pieces decorated the stage of Ridehuset. Once you had entered the big room you were suddenly submerged in a Middle East culture, trying to achieve a cosy setting.

In collaboration with Roots&Hybrid Festival 2017, and with support from DUF – Dansk Ungdoms Fællesråd, Silba, an organisation that promotes the cultural exchange with Eastern Europe in Denmark, organised the event with La3no Cubano. The ‘Artist Talk’ was set up for us to hear all about the band’s journey in music – this weekend they were playing in Denmark for the third time. While the seven members settled in, Camilla from Silba kindly invited everyone for a drink before starting. Quite a diverse group, it was funny enough to see Peter Kunzo, who plays the keyboards, wearing a fancy silk pyjama set for the occasion. We were thrilled to listen to their stories.

All about the jam
It all started 10 years ago as a percussion group of only three people. They were drumming beats all over the world, but then decided they needed more harmony so added piano, violin, and so on… And now there are plenty of instruments producing this jam. The music is mostly instrumental, but now and then you get some lyrics that lift the energy on the stage.

“We are a very flexible band. We can play in concerts, but also weddings,” says Jano ‘Boldy’ Boldiš, who plays the saxophone and bongas. And trust me, they will make your wedding party if they do. After I saw the concert later that night, and how people danced, the image of a Greek wedding came to my mind. They sure know how to get people in party mood. 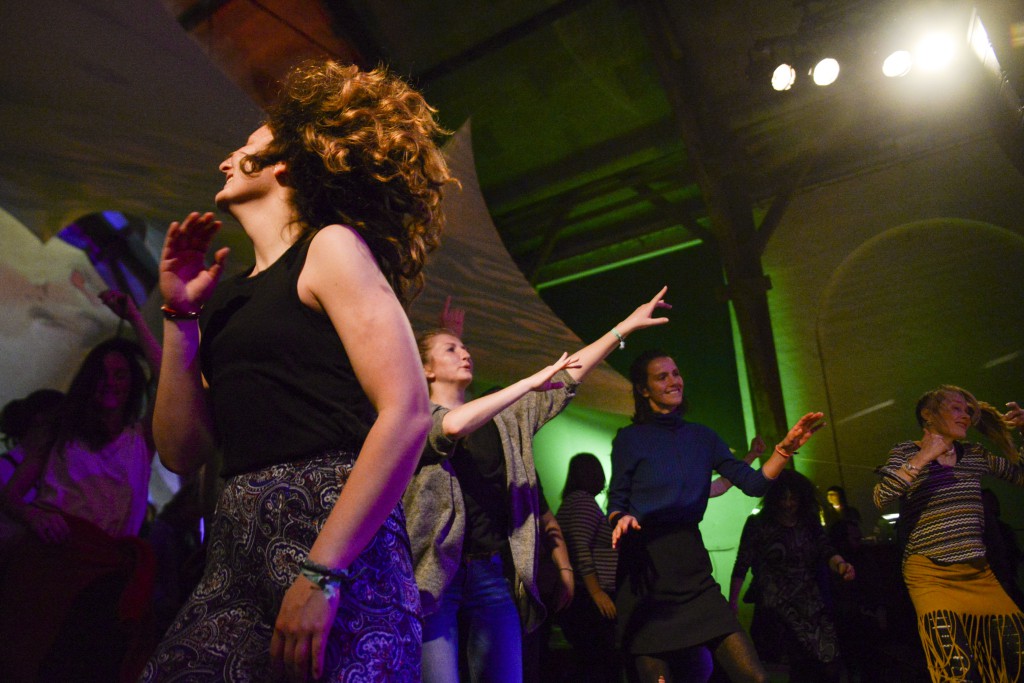 La3no Cubano got the crowd moving on Thursday at SPOT

In a group of seven, what are the odds of having two Janos! Well Jano ‘Kružlo’ Kružliak is the second one; he plays the violin and also does vocal, among other things. The violin adds tradition from Slovakia and that classical harmony that, mixed with the other beats, adds some spice. Their music mixes Oriental, Balkan, Arican and Latin American rhythms with genres such as funk, drum ‘n’ bass, reggae and jazz, but they never forget the roots; that bit of traditional Slovak folklore plays its part in it.

But why the name, right? No one will assume they are from Slovakia; maybe from Latin America. Indeed it adds more mystery to it in a way. The funny story is that it was just casual. They were on live TV, and when they were asked their name, they didn’t have one. Roman Kovács (plays congas, cowbell and darbuka) said: Latino Cubano. It was just what came to his mind. And it stuck. The guys joke they would want to change it, and maybe get a more international one, but it’s catchy and definitely identifies them. 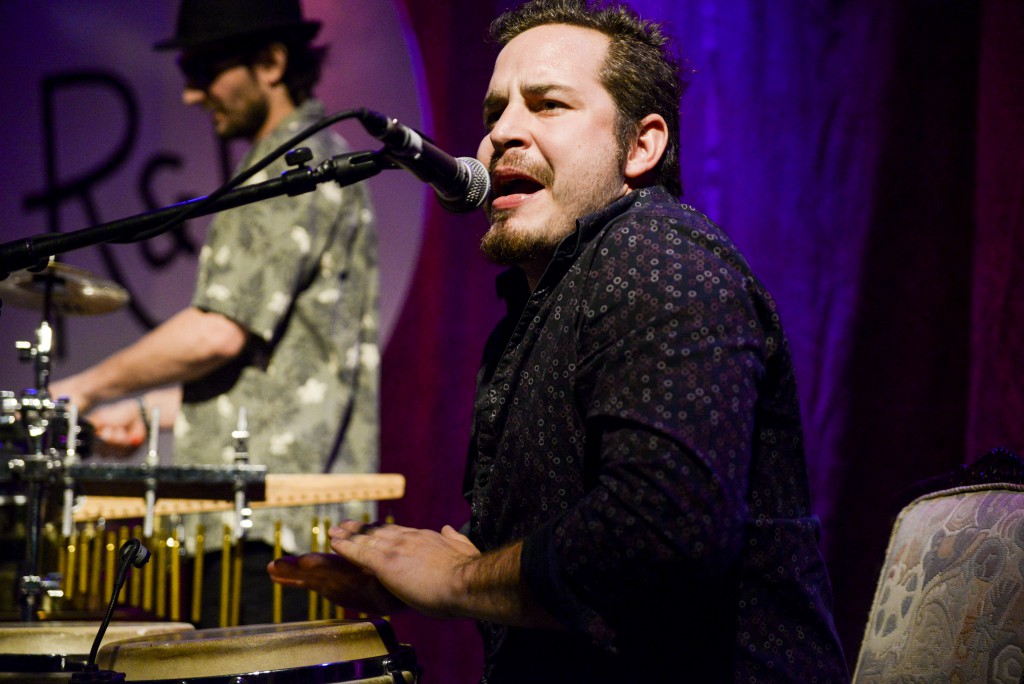 La3no Cubano is a physoclogical process, they all agree. The music shows and reflects the different personalities of all the members, who add to it while they jam, because that is how the creative process runs for them. One brings an idea and then they start working on it, and something completely different yet magical comes out of it.

What is the message to the people?
For the band, their music is about more than just making concerts. They focus a lot on trying to improve society through their music. They have played for the homeless, for orphans and autistic children to give a slice of that ‘sunny music’, as they define it, to those who need it. To get a smile from them, get them to enjoy one of the best things in life: dancing.

In times were there’s a lot of extremism going on in the world, La3no Cubano invites the audience to come together, to not judge, to have tolerance and to have fun. It can be taken for granted sometimes, but is an important message they feel the need to transmit. You won’t find it in the lyrics though, it’s indirect. But listen to one of the concerts and their music, and you will feel it, as much as we all did on Thursday night.

The concert was colourful, vibrant. They got everyone dancing with their mix of different cultural rhythms. Kružliak finished with a spectacular solo on the violin. The audience clapped ferociously, not wanting them to leave. “We love you and we will come back again,” he shouted.

Silba, an Initiative for Dialogue and Democracy, is a non-profit cross-political youth organisation that works for democracy and bridge building in Central & Eastern Europe, The Balkans and The Caucasus. To become a volunteer visit their website for more information.

La3no Cubano played at Ridehuset at 20:30 on Thursday as part of SPOT Festival. For more information about what happened at the Roots & Hybrid Festival, visit the website. 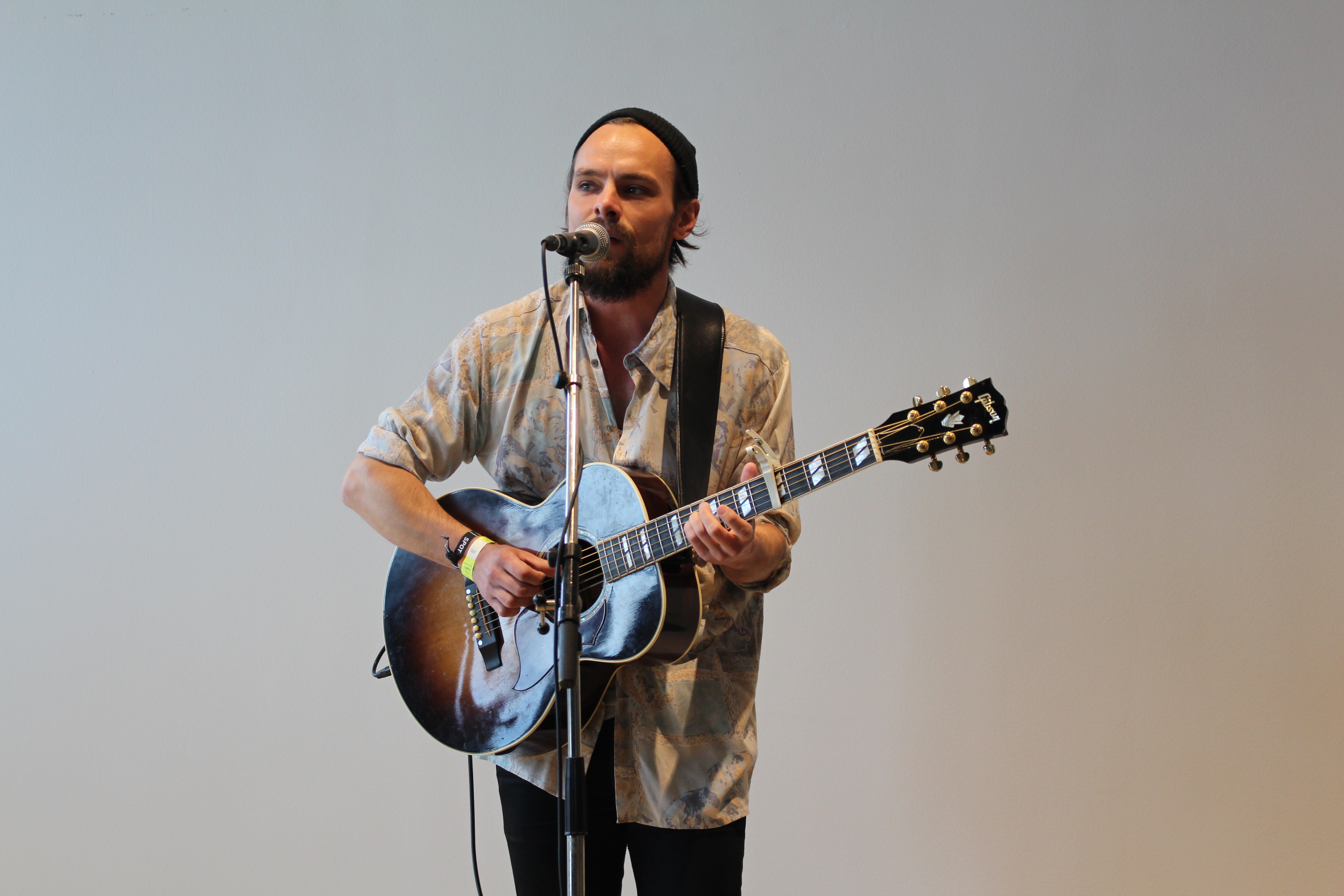 Next article SPOTLight on: SUNDAYS, a promising band on the folk-pop scene »