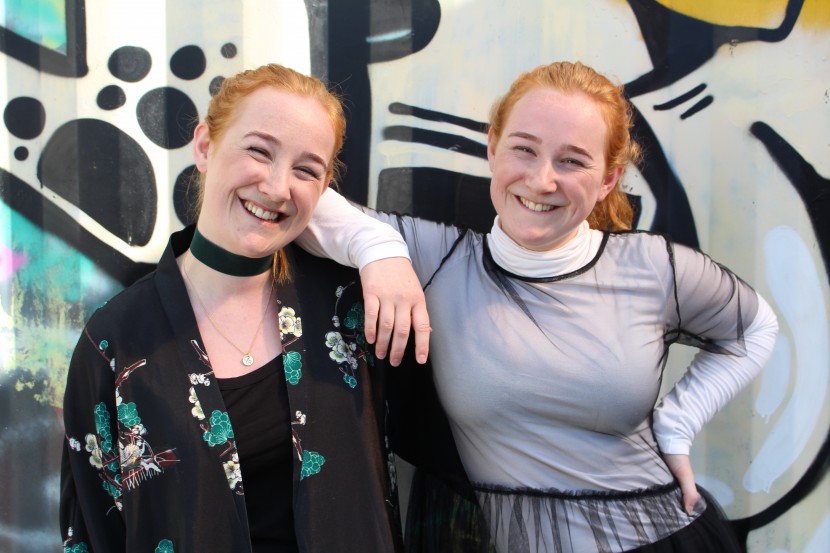 Norwegian folk-pop duo Oakland Rain aims to create music that sends out a meaningful message, whilst also finding their place on the popular music scene and getting people on the dancefloor.

Identitcal Norwegian twins Charlotte and Maren – the duo that makes up Oakland Rain – beam as they walk towards me in the cafe of Aarhus’ Musikhuset for an interview before their Saturday afternoon set at SPOT Festival. The chatty and charismatic 20-year-olds are striking with their fiery red hair, wide smiles and funky style.

They have an extremely refreshing approach to music, keeping the deeper message in their folk-pop songs at the forefront of what they are doing. “We wanted to be those sorts of artists who are engaged in society and what’s happening,” says Maren.

“A big goal for us is to have an impact on our generation and how we are treating each other,” Charlotte explains. “There are certain boundaries in society that make people believe how they should be and act and look. In general, differences are a beautiful thing, and we have to embrace them.” 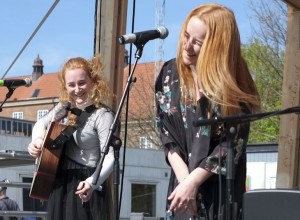 This idea comes out vividly in the duo’s music. ‘Northern Lights’, one of the songs in their Saturday set, is “about not feeling like you belong in a society based on your outer appearance.” Another from their set, ‘Bluebells’ further advocates diversity, playing upon the idea that a garden with an assortment of different flowers is surely more beautiful than one with only a single type of flower. The duo’s voices, alongside Charlotte on guitar and Maren on keyboard, blend together in a mesmerising, almost therapeutic way.

However, Charlotte and Maren want to make sure that, whilst they are sending out a deeper message in their music, they are also producing tunes that get people on their feet. “When you are an artist, you kind of build your own universe. We are focusing on making it a universe that’s awake, but where you are able to dance,” says Charlotte. “To have a stadium singing something that means something” is the ultimate goal.

And whilst Oakland Rain hopes to expand beyond Scandinavia in the future, at the moment they want to keep their minds focused on the now. “It’s unhealthy in the long-run to never be here. You have to take everything in the present,” says Maren. “We are just focusing a lot on finding our sound,” adds Charlotte. 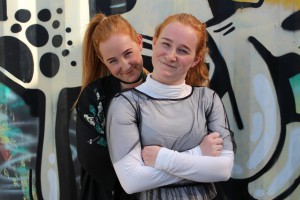 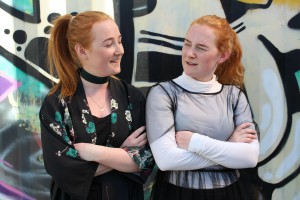 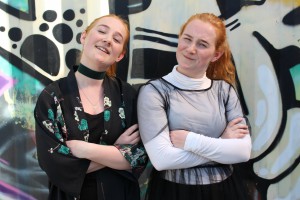 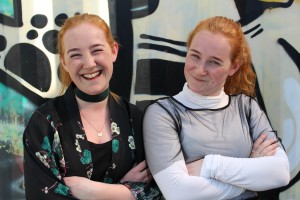 Coming from a musical family, the twins first encountered music at a young age. “Both of our grandads played music. Our dad’s dad played classical bass in a jazz band,” explains Charlotte. So, in some way it was natural that they started singing at the young age of 7, picking up instruments at 9 and writing their own songs at 12. “We listened to a lot of music in the car on the way to our cabin in Norway. We would sit and analyse the lyrics from the different songs,” Maren elaborates.

Their musical influences include all of the great lyrical legends: Elton John, John Lennon, Bob Dylan. And it’s songs such as Lennon’s ‘Imagine’ and Simon & Garfunkel’s ‘Bridge over Troubled Waters’, with their deeper societal meanings, that have inspired their own approach to music.

Of course, the special connection between twins adds a unique element to Oakland Rain’s work. “We sort of read each other’s mind when it comes to song-writing. We definitely have the same way of thinking in the writing process,” says Charlotte. “We are always on the same page,” agrees Maren. “We both have the same goal to have it the best it can be.” They get into heavy discussions when song-writing, but ultimately working with family means “we can be totally honest, and I think that’s really important when you work with someone,” Charlotte reflects.

As for what comes next, Oakland Rain will be playing at several festivals in Norway during the summer, and will be releasing an EP, ‘Flower on a Wire’, next month. This fun-loving, friendly and talented pair is certainly one to watch on the Nordic folk-pop scene.

Check out Oakland Rain’s official music video for ‘Northern Lights’ below. To find out more, visit their website here.