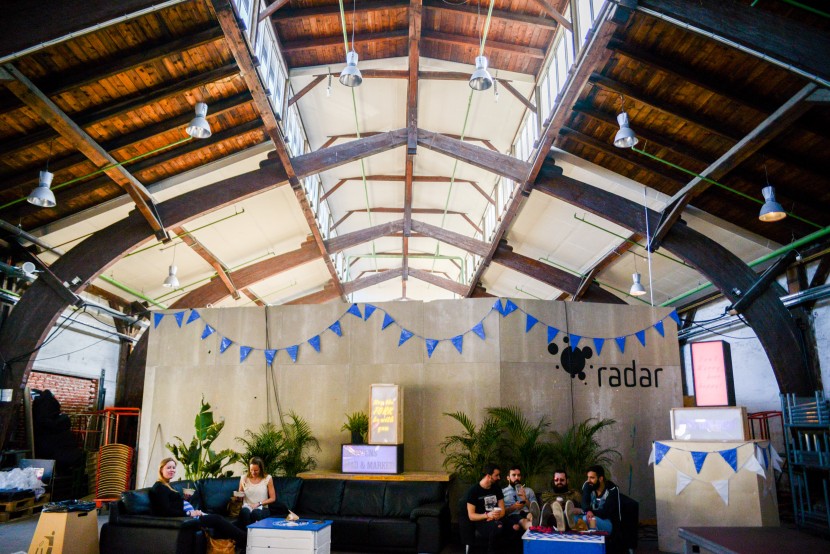 In the music business, collaborations between artists can make the road to success easier to ride than by oneself. With that in mind, a group of Nordic female artists developed NORDEX, an experimental music project first presented at the SPOT+ conference last weekend.

NORDEX will premiere this autumn in New York City. The project aims to create better conditions for the export of experimental music from Nordic female artists that has not already been represented in existing export programmes.

In a broader view, the project tries to create new musical collaborations and exchange between the Nordic countries as well as joint Nordic exchange and export to the United States. At the same time, the launching team hopes to shed light upon gender balance and norms within the music business and to empower female musicians.

Stronger together
With over 15 years of experience in marketing, promotions, strategic planning and project management, Inger Bråten has worked with Nordic and international artists in various genres across borders. From her perspective, creating a network to share ideas with people around the world is a key factor in making music export work. “We can meet a lot of people during the festival. For example, we just followed up a meeting in Copenhagen and listened to the music. My colleagues in Denmark give advice on how it could work appropriately in different countries. The artists could then choose what they want to follow up on in Scandinavia,” she says.

“I come from Norway. The benefit of my experience is that I have some of the same knowledge as the journalists and the media in Denmark and Sweden. It is really important that we can get down to the relationship both for the people who work on the project and the journalists who could not be reached by attending these festivals.”

As a project manager, Anna Ingler is running a network of female music producers together with four other women in Sweden and across the Nordic countries. She pointed out that working closely with the people in the Nordics could benefit their label. “We noticed that people in other countries both know how it goes and are interested in being involved as producers, because there are not many initiatives in that specific part of music production.” Ingler also explains that she has to collaborate more in doing trade and business projects with other Nordic countries because of the nature of the small music business scale in Sweden. 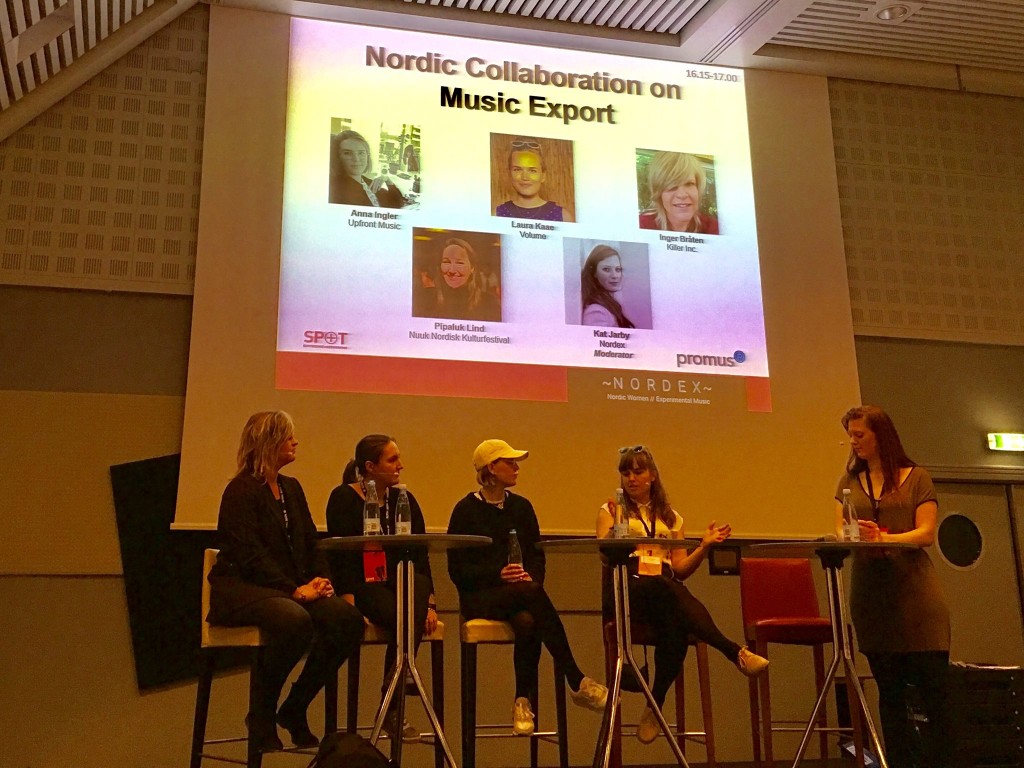 The panel at the SPOT+ conference (photo: Haochang Zuo)

Pipaluk Lind, festival manager of Nuuk Nordic Culture Festival, has extensive knowledge about Greenlandic cultural life and runs her own production company. A firm supporter of the Nordic music collaboration, she says “there is a lot of good experience and benefit to share within all the Nordic countries. In Scandinavia, your agencies are strong. You have done a lot of exporting works. However, Greenland only has many strong artists with limited great music projects.”

Acknowledging limitations
Laura Kaae works as a project manager at independent agency Volume. A co-founder of NORDEX, she especially understands the difficulty of doing projects in different Nordic countries. “When we talk what we want to do with projects and when we want to put a label on it, we feel like Denmark has kind of special boxes; you have to fit in these boxes. For example, if you want to work with Jazz, you have to recognise a jazz institution. We want to reach out to Nordic countries without getting into these boxes,” she says.

Compared to the situation in Denmark, Kaae has the impression that Sweden and Norway have a more open culture in terms of accepting cross-border projects, which inspires more young people in the music industry. “In Denmark we certainly have our limits. It feels like you are talking with people from other countries who have different structures in the way they organise music. There are some good things to discover.”

Regarding limitations in improving collaboration within Nordic countries, Ingler takes languages as a negative factor. “Yesterday we talked with a PR company about a Swedish album. It is so good, but it is too Swedish. All the sounds are in Swedish. There are really a lot of differences in languages,” Kaae emphasises. “It’s also about the venues, because there are so few good venues in Sweden compared to other Nordic countries. Everything is so expensive. But it is still difficult for Swedish artists to go to Denmark. We just go to Norway all the time.”

Bråten found it is kind of strange to see the language influence in different types of music. “Norwegian music bands tour all around the world, and the audience who don’t understand the words are always so loyal. They even started to sing Norwegian. They get the feeling that they can sense what they sing.” But she found that people normally take the understanding of lyrics more serious in pop music.

According to Lind, Greenland does not have music export agencies so far. However, she can see the interest there and plans to make contact with agencies as soon as possible. “We just need to have someone on the business side who can handle the interest conflicts so that the artists don’t have to go out and sell themselves,” she says.

Scandinavian cool
With her experience in New York, Kaae shared an interesting story about the challenges a single Nordic country might face in exporting music. “Every time I mentioned I came from Copenhagen, people always told me that the Nordic music is so cool. But they would never say Danish music is good. They could not mention a specific Danish band. They just have the idea that Nordic countries have really cool faces. It’s super interesting and strange.”

Ingler agrees with Kaae on this point. “When I talked with a PR agency in New York they mentioned a lot of Norwegian music artists to me. I just pretended that all of them are Swedish, like the agency staff thought. That’s a good indicator for how they see Nordic music as a whole, at least in New York.”

Lind shared a slightly different opinion: “We are all tiny countries. We are not that different, at least on a big scale.” Something unique about the Nordic countries is that there is not a Nordic sound perceived, but when everybody is put together the world can hear that there is something magical happening. “The same thing has not happened in other countries of the world. Let’s just work together; we make it work for all of us,” Lind concludes. 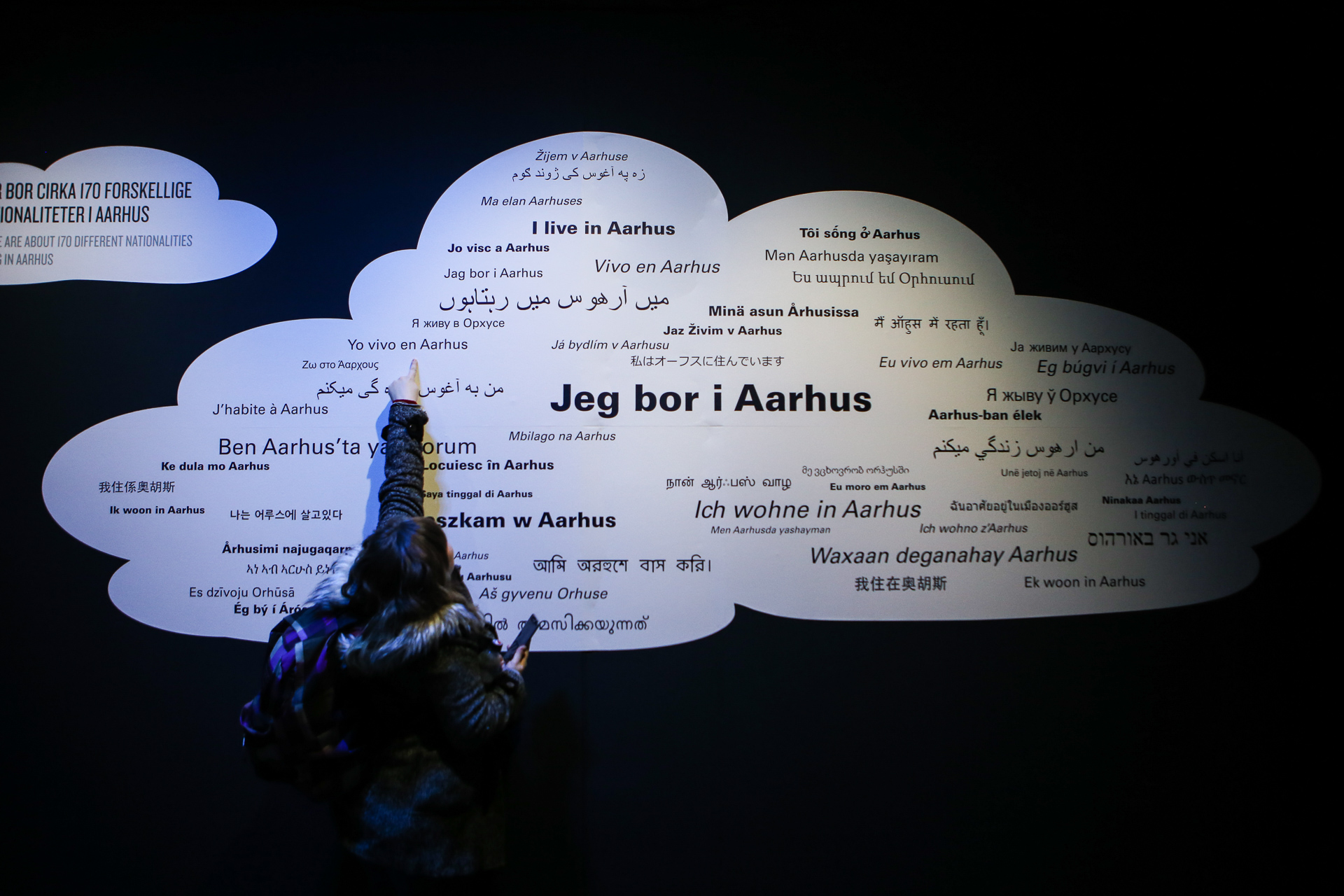 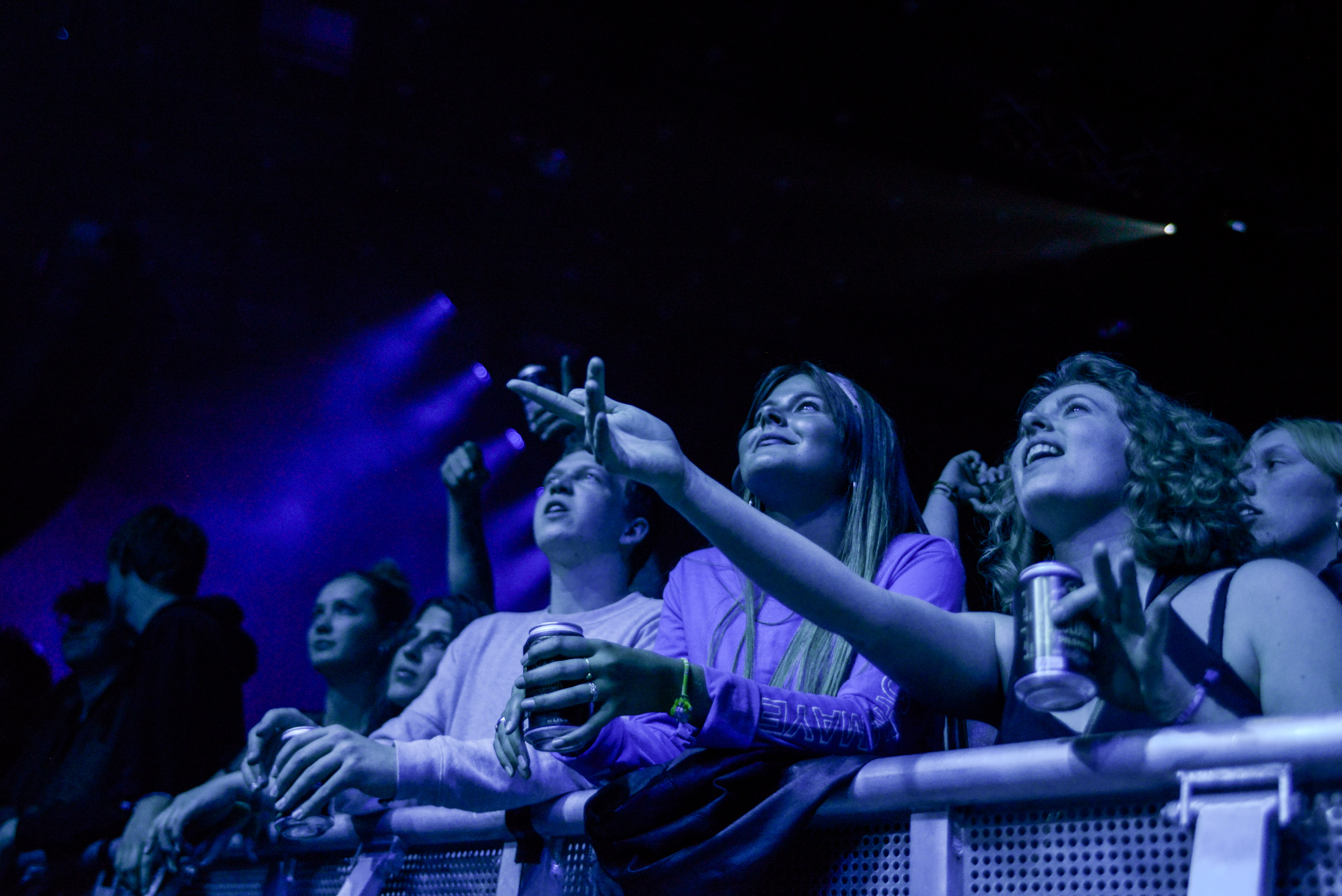