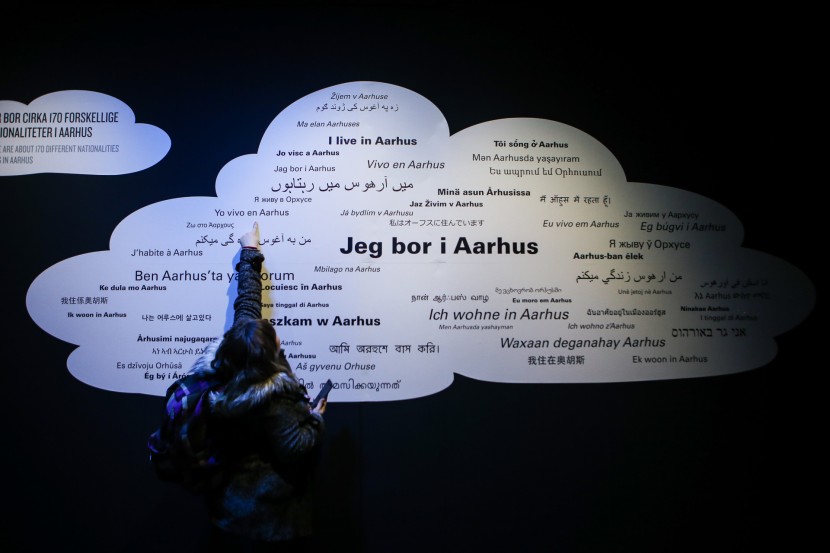 Let Aarhus tell you about Aarhus

The Aarhus Story tells you everything you want to know about Denmark’s second biggest city summed up in 800sq metres, one level underground.

From the first vikings to the present is the timespan that covers Den Gamle By’s newest exhibition, Aarhus Fortæller (‘The Aarhus Story’), which opened April 12th. According to Lisbeth Skjernov, the museum’s curator, the historians from Den Gamle By started working on this new permanent display in 2012, long before Aarhus became the European Capital of Culture. This trip to the past contains material, texts and interactive games, all in the museum’s spirit, to have visitors live the experience and learn how the city has evolved from the 800s to the present day.

Through the exposition, one walks in chronological order through the different eras that marked a change in the history of Aarhus. Its most important actors, from vikings to bishops to merchants, members of this danish city’s history, make an appearance. The older periods recreate the environment of that time to help visitors create a faithful image of what life looked like back then. They use real material like that originally used in the period portrayed, such as the wood in the Vikings period or the bricks from the Cathedral in the Middle Ages. 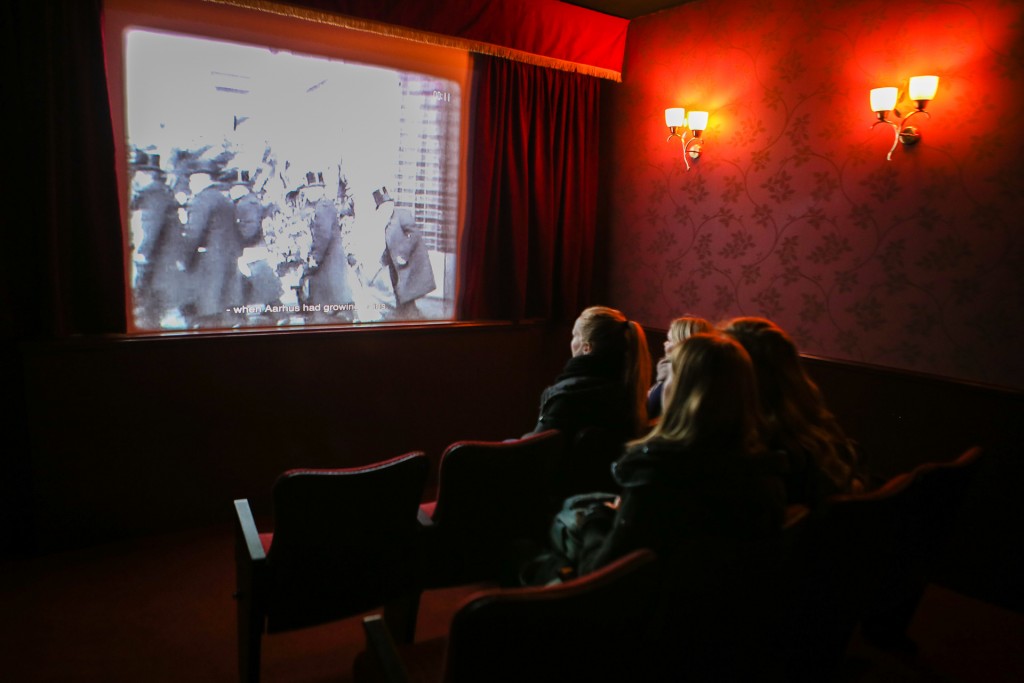 This journey back in time starts with an elevator trip one level down, during which visitors are shown a video that helps set the ambient for when the doors open and they find themselves in the first of the six periods that make the exhibition: the Viking era. Welcomed by a well, people can learn more about how Aros (the city’s original name), the second oldest town in Denmark, was created.

The Middle Ages (1100-1550)  is the second stop. This part of the story shows how life was when the Church was the most powerful actor, and includes an original Cope that belonged to one of the most powerful Bishops in Aarhus, Jens Iversen. This specific area recreates the inside of the Cathedral, from the aesthetics to the acoustics.  A smaller version of the altar in the is a video display that tells the story of Bishop Iversen.

The third period that composes the exhibition is the Market Town Period (1550-1850). A time in which nothing special happens in the city, but thanks to a real merchant’s journal, an accurate reenactment lets people imagine what it was like to live during those times. Visitors can also admire the oldest painting of Aarhus and learn about the real goods that merchants used to sell at the time. 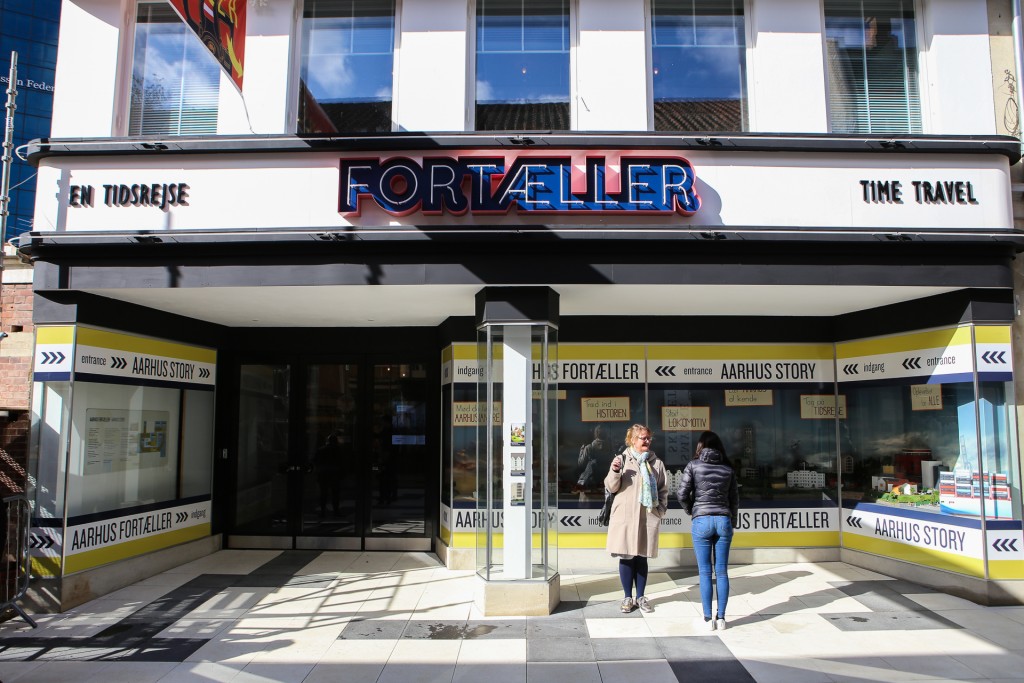 After experiencing the merchant town, visitors walk straight into the industrial period (1850-1950), where they are welcomed by a real locomotive built in the 1920s in Aarhus, a loan from the National Railway Museum. It was during this period that Aarhus became the second largest city, in 1880 (taking the place of Odense). Portraits on the wall tell you about their story, kind of in a Harry Potter style, and you can hear from a prostitute, a factory owner and a banker. The idea is to have visitors listen to how it was to live in the era from the protagonists themselves.

Visitors leave behind industrialisation to step into Aarhus’ darkest time: occupation during the second world war (1940-1945). A black corridor generates an unsafe feeling to begin the story. Very dark, with a map that shows the places where they had shootings and bombings. It is a small corridor that leads to a living room for people to sit and listen to a radio telling them that the war is over. 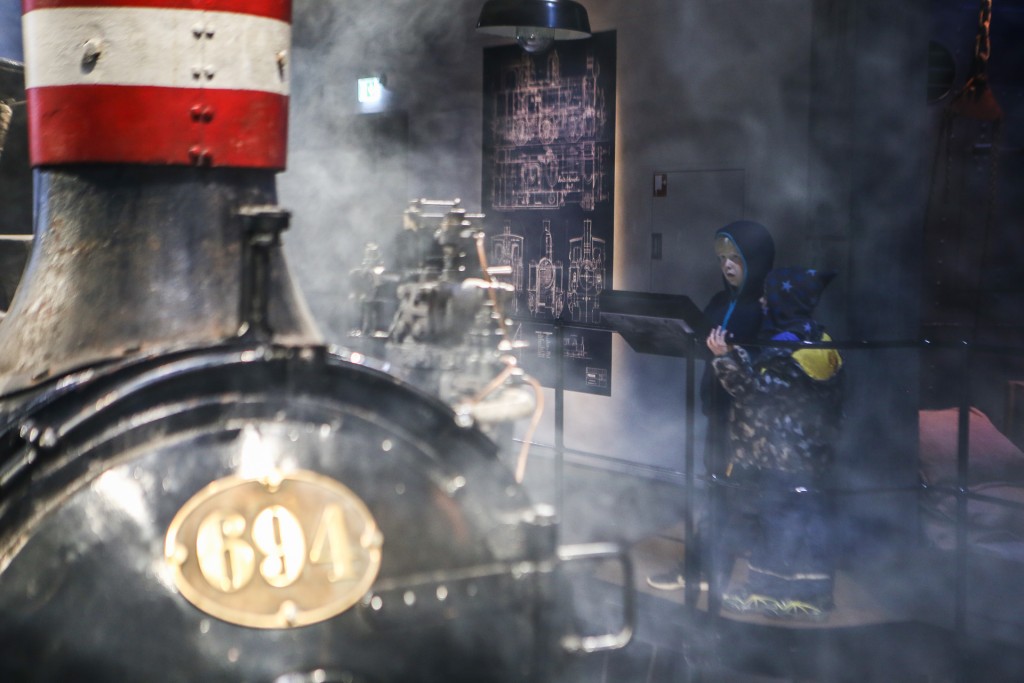 With the end of the war, people embrace a sense of relief that helps walk into the city we now know: ‘The city of smiles’. The last stop recreates Aarhus from 1945 to the present day. A city that is home to about 300,000 people has evolved immensely since the 800s, and visitors get to decide if it is a big village, a normal city or a big city. Contemporary items like Aarhusian sports and music paraphernalia are on display, as well as the gear worn by Olympic medalists, originals from Aarhus.

It is a very complete exhibition that allows everyone who visits not only to grasp but also to experience how Aarhus transformed in what it is today. From pretending to be a tram conductor to becoming someone else while riding a bike downtown, visitors get to experience different aspects of life in the city as well as learn more about it and what it has to offer.

Aarhus Fortæller opened on April 12th, 2017 and is now part of Den Gamble By’s permanent exhibition. You can find out more on the website by clicking here.

Aarhus Stories, one of the events on Aarhus 2017’s packed programme, took place back in March and featured an impressive animation show telling the history of Aarhus projected onto the walls of the city’s cathedral. Part of the Aarhus Fortæller project, you can read more about the event here.

Previous article « SPOTLight on: Alvarado, finding her place on the Danish hip-hop scene