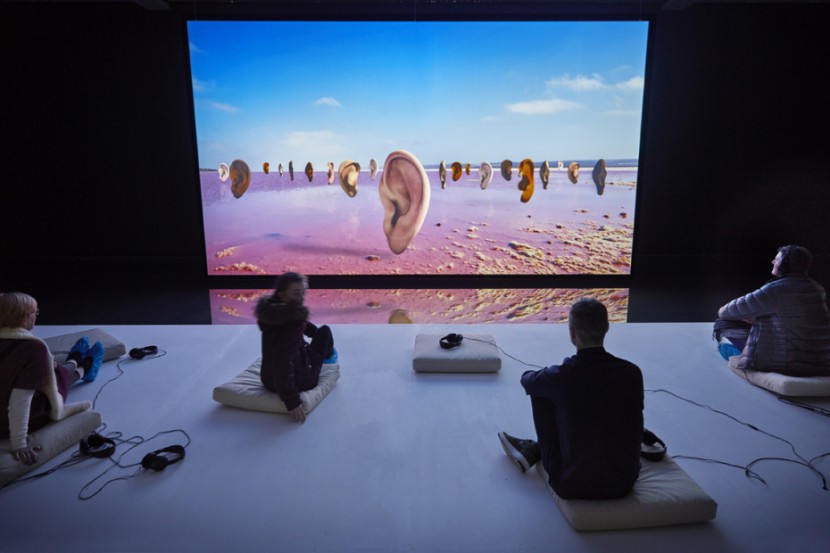 Art exhibition: Exploring the power of representation in contemporary media

Two outgoing exhibitions at Aarhus Kunsthal explored the impact of contemporary media and forms of representation upon today’s society.

At Aarhus Kunsthal, just a few metres from ARoS art museum, two exhibitions on show between January and March revealed wonderful glimpses into the contemporary international artistic landscape. The exhibitions, including ‘What the Heart Wants’ by Cecile B. Evans and ‘Pixel-Collage’ by Thomas Hirschhorn, presented two artistic projects built upon aesthetic manifestos that explore the social consequences of contemporary media and current forms of representation.

The two projects tap into very different theoretical backgrounds, and create extremely heterogeneous forms of fruition. What they both have in common, however, is an extraordinary sensitivity to a meta-reflection on how the world is represented and experienced through (and by) contemporary media.

The power of pixellation
The exhibition at Aarhus Kunsthal included a series of works reflecting on the ideological power of pixellation in the representation of news reports. In his works, Hirschhorn de-pixelates images from contemporary news reports by making visible the hidden aspects of those images: corpses, mutilated faces and limbs, and blood are some of the gory details. The artist intention is to bring them to light, in the firm belief that hiding these aspects corresponds to masking the centre of narration.

Pieces of irrelevant images, usually fashion commercials, are then pasted up as a collage in the periphery of the picture and hidden via re-pixelation. The result is a huge reproduction of an edited version of the original images which acts as an emotionally heavy trigger for a reflection on representation, power and truth. 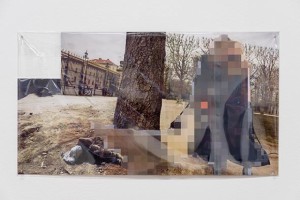 With this  simple process of re-appropriation and distortion of a representational technique, Hirschhorn investigates the political and ideological assumptions behind any form of representation, which boils down to the idea that no representation is a naïve representation. Every picture undergoes a variety of levels of explicit or implicit manipulations before becoming available to the public, which inescapably alters the object represented.

The manipulation behind the pictures
In the very moment in which a photo is taken, a first ideological selection of what is worth representing takes place. Then, the point-of-view from which a picture is taken further forces into the observer the priority of a specific point-of-view over an infinite number of alternative ones. Finally, explicit manipulations of the picture further reshape the scene in such a way that a fully-fledged cultural product is generated, endowed with a whole variety of representative filters that exert power on the imagery of the observer.

By targeting the explicit stages of manipulation of pictures, and questioning their political neutrality, Hirschhorn’s works presents the observer with an in-depth, theoretically aware critical investigation of the alleged naturalism intrinsic to photographic reports of events. He plays with photography in all its facets (size, points-of-view, manipulations) in order to unveil the hidden mechanisms behind the construction of social images.

To tap onto more popular terminology in aesthetic reflections on the social consequences of images, Hirschhorn’s work could be intended as an artistic interface exploiting representations of violence to induce a critical reflection on the violence of representation. It is, so to speak, a reiterated manifesto on the impossibility of naturalism.

Contrary constructions of meaning
As already anticipated, the concept of a reflection on the forms of fruition of the perceptual material of reality creates a bridge between the two exhibitions. On the one hand, Hirschhorn presents the public with more classical representational forms: he creates the desired aesthetic effect through more classical forms of passive absorption. His huge reproductions of pictures from current events strike the passive observer in their depiction of explicit violent scenes. Via this form of fruition, his works induce a critical reflection on the transcendental principle of representation in media and in the seemingly natural processes of its fruition.

On the other hand, with ‘What the Heart Wants’ Evans creates an innovative setting of fruition and a new quasi-figurative language that allows a dissection of the social and cognitive consequences of the pervasiveness of digital media. The work on show is an experimental sci-fi style video embedded in an environmental installation of clearly postmodernist flavour. 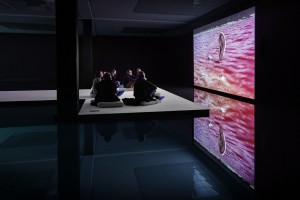 Stories that need to be seen
The work is a masterpiece of malleability in narrative techniques, editing and merging digital and naturalistic representations. The video develops as a bizarre narration of a future scenario in which real experience and digital experiences are intertwined in such a way that the very concept of a real world needs to be restructured and questioned.

The development of the video, led by artificial voices taking over specific parts, has the appearance of a plausible narration, somehow sketching events in the life of two main characters, though perturbed by surrealist details. But as an observer, the gestaltic flow of the narration seems to constantly escape. The succession of images looks convincing and mysterious at once; the flow of sentences in the background telling is correct but somewhat unfamiliar to a human ear.

The narration seems to address somebody else, somebody or something with different cognitive constraints. It seems, indeed, a story told by a machine to another machine. And as a human observer, that’s the only way the story can be experienced. It has to be experienced as a story which is not meant to tell, but to show. It hints at how the world would look if a digital system perceived it, if somebody with no body and no cognitive limits had to live in it.

A promising start for the year of culture at Aarhus Kunsthal, encouraging the spectator to re-think the power of representation in contemporary media upon today’s society.

‘Pixel-Collage’ and ‘What the Heart Wants’ were displayed at Aarhus Kunsthal between January 21st and March 19th, 2017. You can find out about Aarhus Kunsthal’s upcoming exhibitions here. 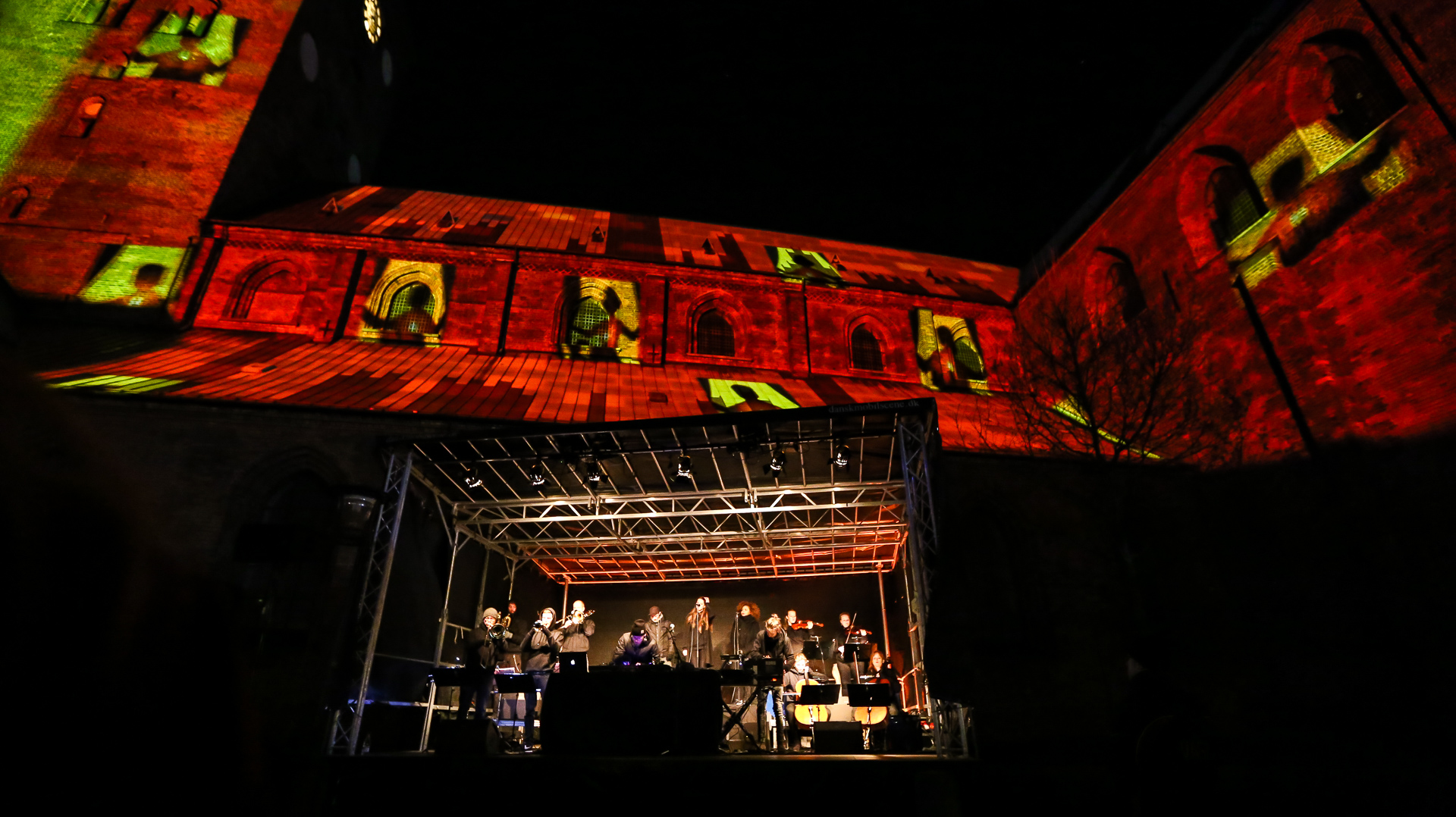 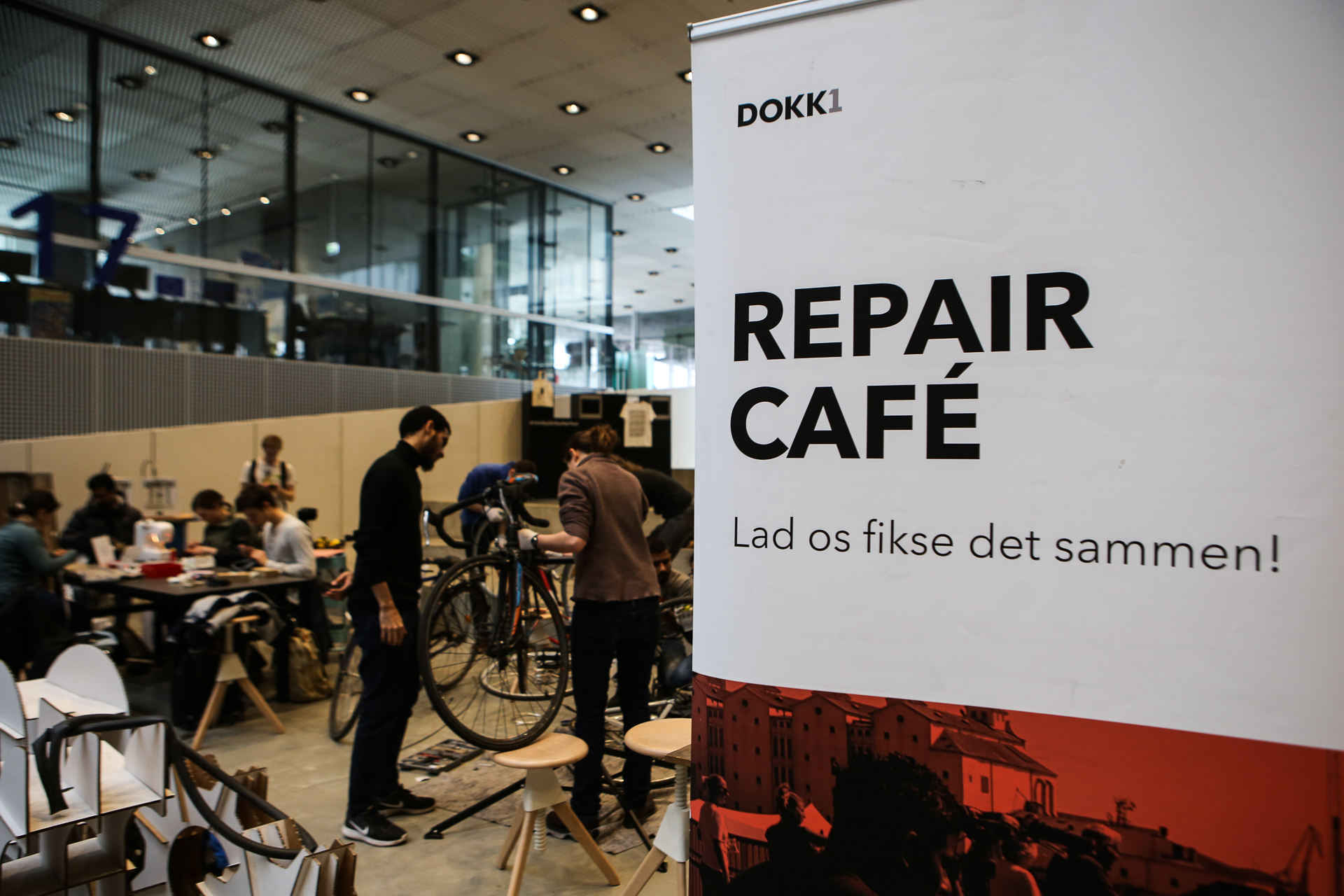