Vietnamese in Aarhus grasped by football fever back home

By My Pham, Photos by My Pham and Nguyen Khanh

That was the sound you would mostly hear if you accidentally passed a small apartment in the corner of Finsensgade street in Aarhus last Saturday, where a Vietnamese couple was watching their national team compete in the final match of Asian Football Cup (AFC).

Thu Ha and Vu Hieu, a young married couple living in Aarhus, suspended their schedule for the day, like many other Vietnamese people living in Denmark, to watch the historic football match between their national team and Uzbekistan on January 27. Hieu is a post-doc researcher at iNano school of Aarhus University and has lived here almost 7 years. Ha, Hieu’s wife, is a former master student at the university and now works in Aarhus.

“It’s not only about win or lose. The game makes us feel the country’s unity. No matter where we live, Vietnamese are all one,” said Hieu.

Vietnam is the first Southeast Asian country to make AFC Under 23 final. This was also the highest achievement of the country’s football history in international tournaments so far, which has impressed the whole region and inspired an unprecedented football fever among millions of Vietnamese across the country and around the world. 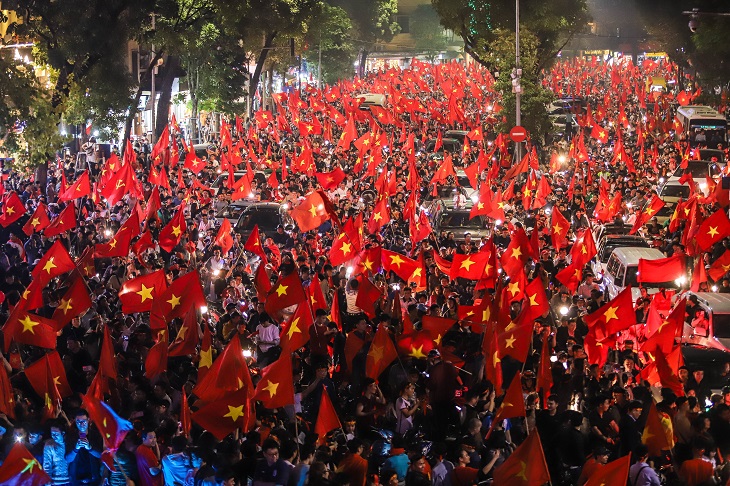 There are more than 2500 Vietnamese people in Aarhus, making the community to be the 6th largest among 178 foreign communities in the city by the end of 2017, according to state institution Denmark statistics. The community are well-known among Danes for their Vietnamese restaurants, some of them are highly ranked in international travel website TripAdvisor.

Mass celebrations took place in Vietnam with millions of people took to the streets early last week to celebrate victory in semi-final amid a sky of flying national repetition and a symphony of non-stop singing, shouting, motorbike horns and the beating of metal spoons against pots and pans. The celebration was described by Reuters as the ones usually seen around World Cup victories.

“Vietnam’s football team had never gone this far before. We’re very proud of them, and therefore, though far away from home country, we and many other Vietnamese living in Denmark are looking forward very much to the match to show our support for the team,” said Ha, wearing a red T-shirt – the color of Vietnamese national flag to cheer for the team. 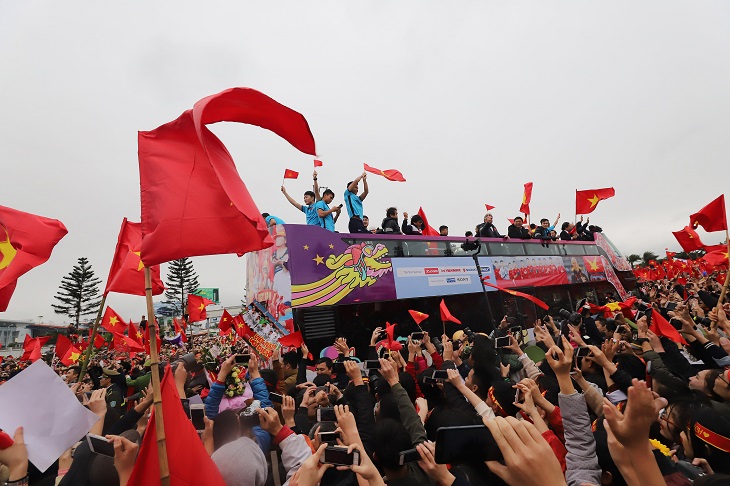 The team was warmly welcomed home by Vietnamese supporters after the tournament on September 28 (Photo: Nguyen Khanh/Tuoi Tre (Youth) newspaper)

The fever also spread to the country’s people overseas. Vietnamese students, workers, businessmen in many European countries as Poland or Germany gathered in front of big screens with red flags and banners to watch the game and support their national team. Denmark was not an exception. Many citizens of the Southeast Asian country living here, like Hieu and Ha, also got together to cheer for their country’s team from thousands of miles away.

Vietnam has unfortunately lost in the final match and earned the second place only. Though, the exciting atmosphere has not changed much. Thousands of supporters in the Vietnam’s capital city still poured into streets with cheering banners on their heads and national flags in their hands to welcome their team home, wrapping Hanoi in red and vibrant atmosphere.

“We feel a bit sorry but not sad. The players have played very well and tried till the last minute. We’re still very proud of them. They did not win the cup but they won all Vietnamese supporters’ hearts,” Ha said, adding that she and her husband would still prepare some traditional food to celebrate the team’s performance. 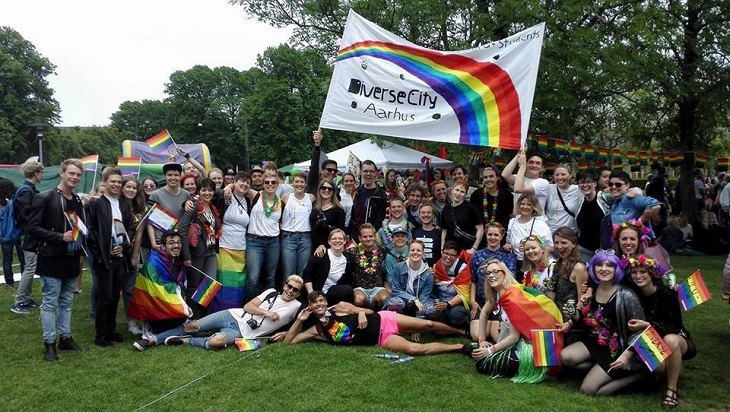 Previous article « DiverseCity: Come As You Are 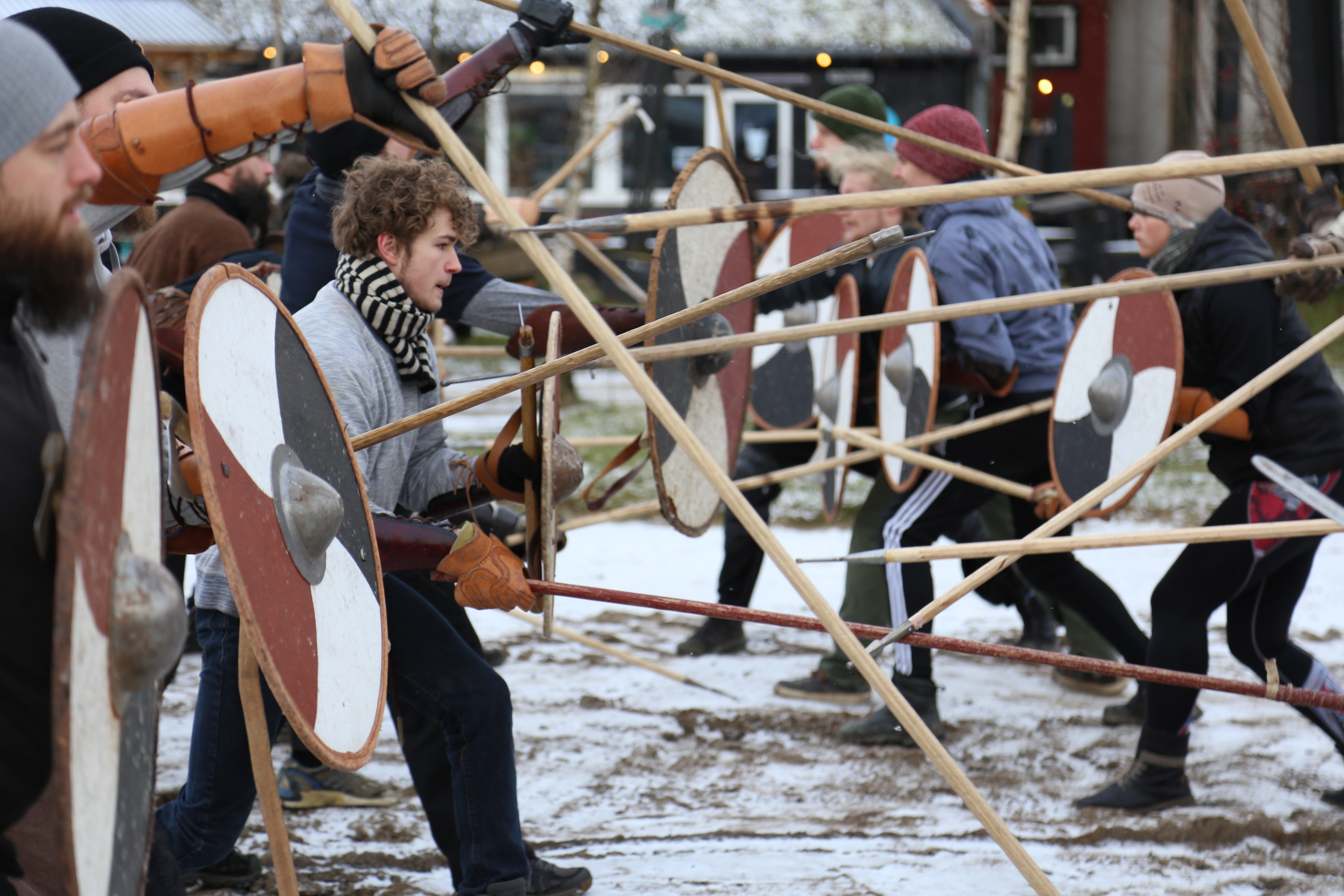 Next article History in Action: The Modern Vikings of Aarhus »