‘Living in Denmark’ book review: A window into Danish life

The search for happiness is a constant in today’s culture, and one of our biggest concerns as human beings. What is the secret to happiness, and how do we achieve it?

5.7 million people have claimed to be the happiest humans in the world, on more than one occasion. They live in the north, where the cold hits hard: they are the so-called Danes. But who are these Danes; what do they do? The truth is that they are just ‘normal people’ like you and me, but maybe it’s their approach to life that enlightens the understanding of why they qualify as the happiest of us.

Birgitte Sonne Kristensen’s recent book, ‘Living in Denmark’, attempts to unveil the mystery of the happiest country in the world, leaving aside the cliches and the misuse of the word ‘hygge’, by describing life as it is lived in this small Scandinavian country.

No curtains in the windows?
When I moved to Copenhagen in 2015, I used to walk during the night around the lakes, wondering what was going on behind those glass windows. The curious thing is, you can always see the people interacting inside their homes, as Danes are known to avoid the use of curtains. While you walk through the streets you see them cooking in the kitchen, or watching TV in the living room. You could stare into the darkness and make up the dialogue, just as if it were a movie running in front of your eyes. 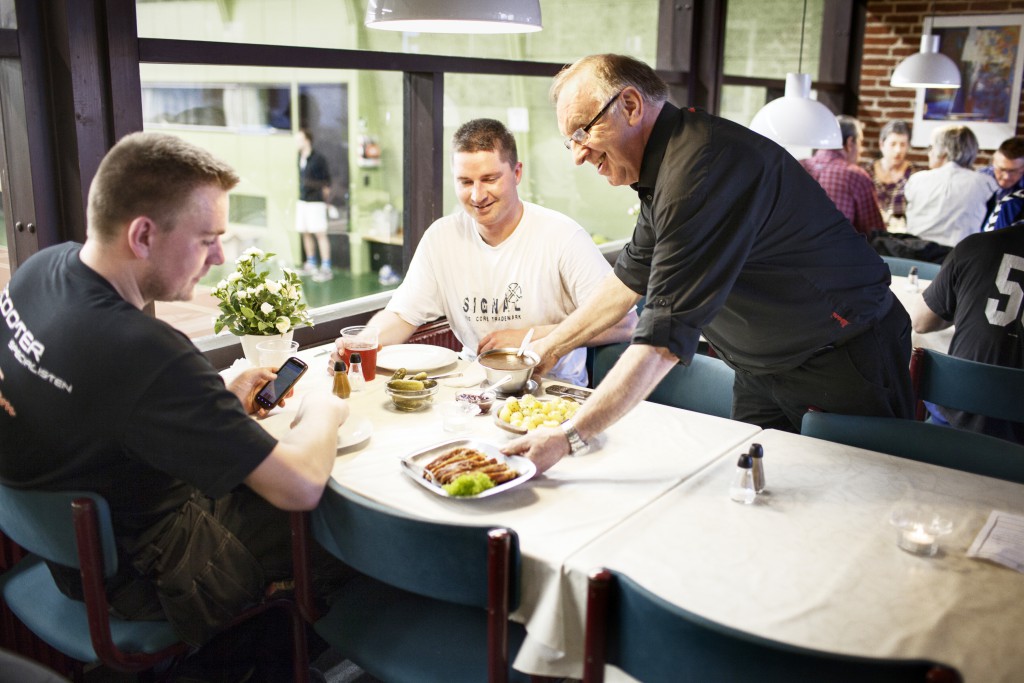 When you are new to a city is quite intriguing to learn how its citizens live. That’s where ‘Living in Denmark’ appears in the picture, trying to capture the magic of the humdrum of the everyday lives of the Danes, so we can actually try to understand what’s going on behind those glass windows.

A glimpse into the national soul
The book, which was released in October 2016, illustrates the simplicity of how these ‘unknown’ characters live their lives by relating their self-understanding and experiences. A brilliantly crafted book, the reader is immersed into the homes of Danes who open up to tell their stories. The narration is so intimate, the reader is immediately captivated. It is this kind of tale that creates a closeness between the reader and the characters.

When it comes to opinions, there are no filters, but plain honesty – an honesty that alternates from dialogue to action, to a predominant narrator, depending on the story. It bluntly describes the particulars of Danish society as expressed by different voices; voices that can sometimes remain unspoken. 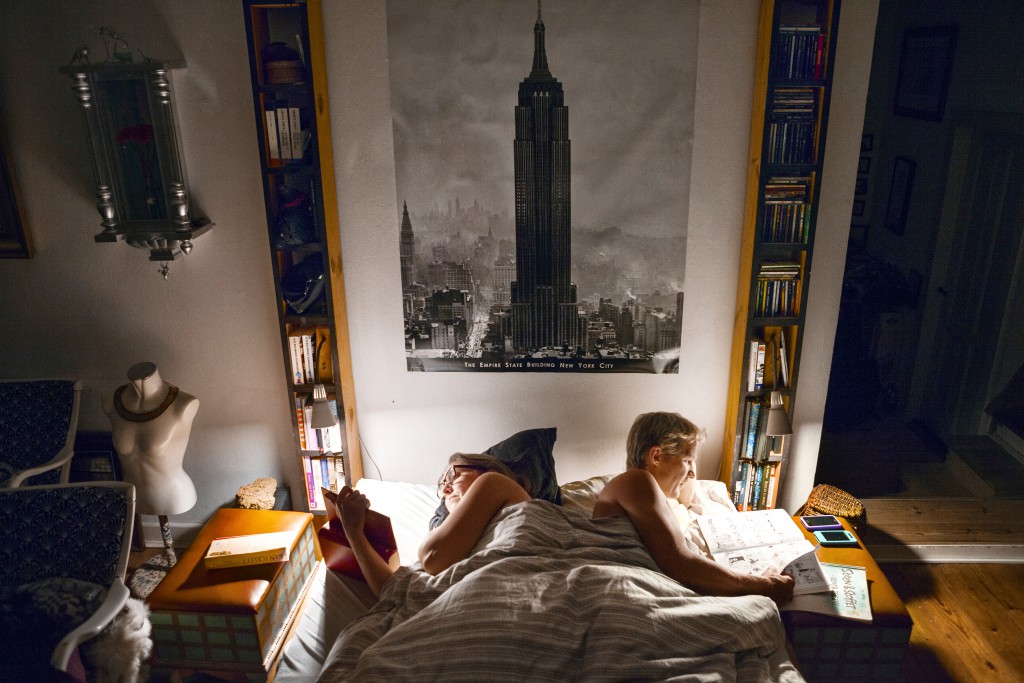 An intimate scene in the home of Jette and Claus

A well-crafted structure
‘Living in Denmark’ gathers 20 different stories collected between the years 2012-2016 by Kristensen, covering different regions of the country. Each story is chosen to illustrate a subject that reflects different parts of what Danish culture is and how it works, in a way conveying the Scandinavian social model. Whether it is love, old age, art, or living as an immigrant, about being a kid, or being alone. Each one is told, along with facts and statistics, as part of a collective attempt to define who the Danes are.

Stories like that of the love of Jette and Claus, and phrases like “Love is the feeling of being accepted”, and “A relationship is a luxury, not a necessity”, echo in our minds.

The feeling of freedom that youngsters feel when drinking alcohol; the concept of ‘togetherness’ achieved through sports; the importance and value placed upon trust… These are some of the subjects touched upon by Kristensen. Plus, the admiration of the happiness found in “the simplicity of the repetitive work”, and certainly lines like, “A good life is not an easy life,” are some fragments worth remarking on. 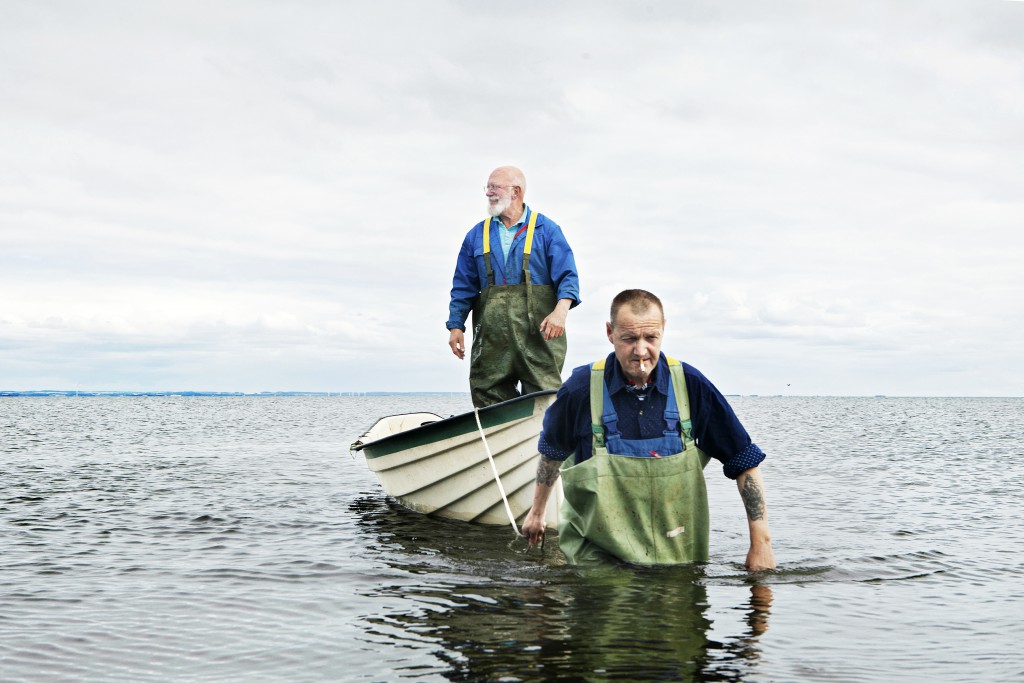 Silence and solitude: the story of Jens Andreas Jensen

Images that say more than words
The design of this hardcover book makes the reading agile and entertaining. The narration is accompanied by magnificent photography by Morten Pedersen, in which we see the people that feature in Kristensen’s stories in their everyday routines, captured in the most natural and spontaneous ways. Such imagery helps to make a more realistic picture of these individuals and their stories in our minds.

Getting to know the lives of these characters really opens up the variation in the opinions and views held by the Danish people. The book is a compelling manual to newcomers to Denmark, but it is definitely more than that. The stories are captivating and worth reading to broaden our understanding of contemporary Danish culture and tradition. Again, they show that magic can be found in our humdrum of everydaylives and that this is probably where we should seek happiness.

As quoted in the book, Danish writer Dan Turéll said in one of his poems: “I love everyday life most of all”. So maybe that’s where the magic potion lies: in loving the everyday.

You can find out more and purchase your copy of ‘Living in Denmark’ via the official website: www.livingindenmark.dk. 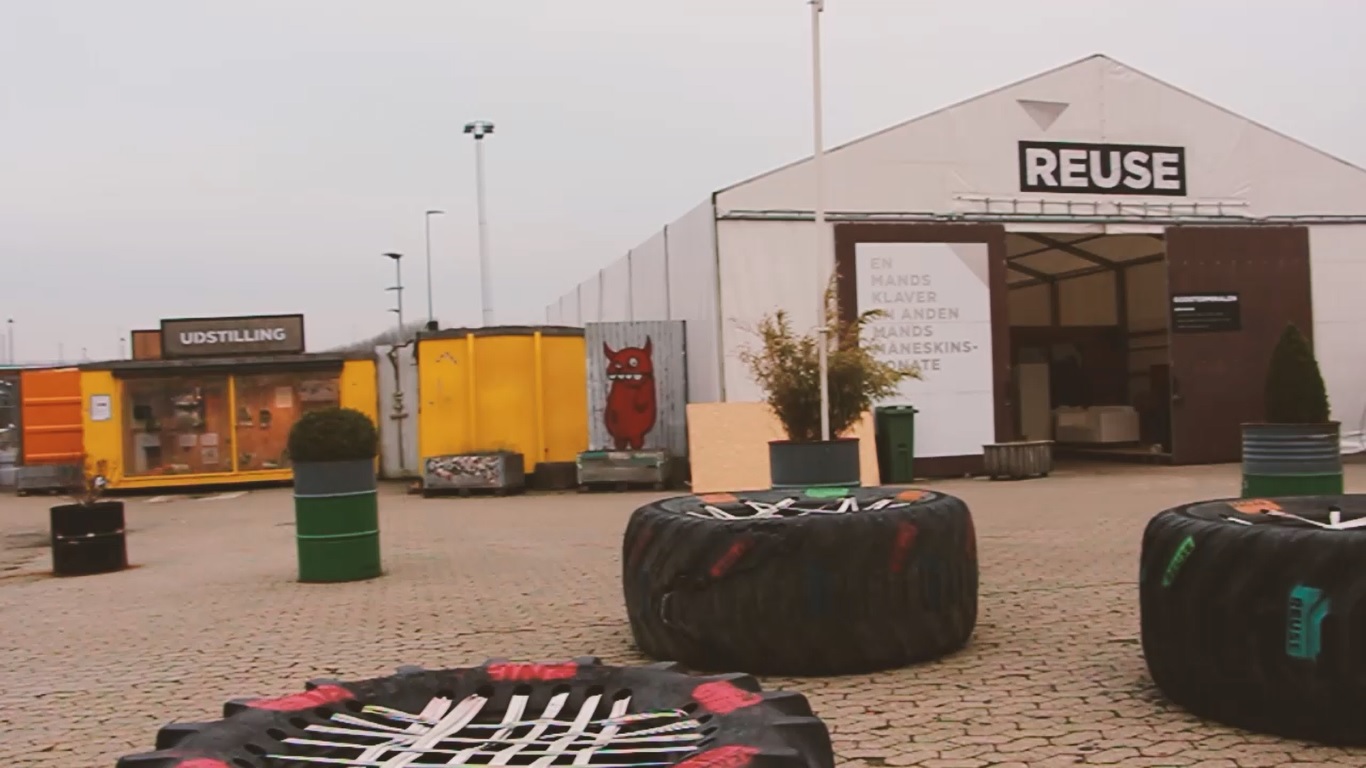 Next article Made in Jutland: How Denmark’s chirpiest commentator became its dirtiest old man »