Theatre review: A display of Viking splendour in ‘Røde Orm’

If there is one thing that must not lack in this year’s European Capital of Culture, it’s most definitely Vikings. Especially when it is a monumental Viking performance like the one taking place on the rooftop of the Moesgaard Museum in Aarhus. Until July 1st, the Royal Danish Theatre presents ‘Røde Orm’ (‘Red Serpent’) in Danish language.

Love, intrigue and religion are timeless topics; so proves the story of Røde Orm. The Royal Danish Theatre have produced an impressive version of the novel ‘The long ships’ by Swedish author Frans G. Bengtsson. The play is in Danish, but even for internationals who may not know the language, the performance is still worth watching. You don’t always need to understand art to enjoy it. 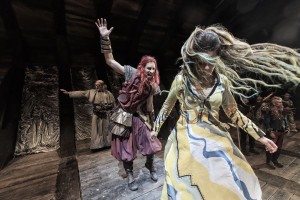 Røde Orm falls in love with the beautiful Ylva

Røde Orm, played by Andreas Jebro, is a young red-headed Viking leader, who falls deeply in love with Ylva (Christine Gjerulff), the beautiful and witty daughter of the Danish King Harald Bluetooth. But Orm’s adversary Sven Forkebear tries everything to foil Orm’s plans to marry Ylva. Orm and his fellow Vikings end up in England, where they must prove their courage.

Sword fights, great music, special effects and Danish humour make the show, one of the biggest outdoor plays in Denmark, pleasant to watch. As the sun sets, the cleverly-made stage – a huge Viking ship cut in half and set in front of Moesgaard Museum – makes for a spectacular setting. 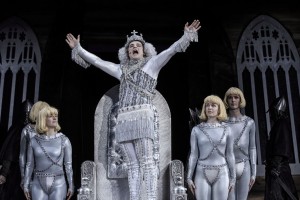 Orm goes to England where he encounters the bizarre English king

It is a lovely and creative production, paying close attention to detail. Actors dressed as ravens watch the scene from above the stage, while arrangements of blue umbrellas give the impression of sea waves coming to life on the ground. Despite the cold wind and the big stand construction, the sound is amazing. Jebro’s deep voice as Røde Orm and even the snorting of the horses can be heard from every seat without any problems.

The play is a nice way to get in touch with the Viking culture, entertaining even if you don’t understand Danish. Get a quick summary of the plot before visiting the performance and make sure to put warm clothes on and bring some blankets, since it is quite windy up there on Moesgaard. But what would be a true Viking story without true Viking conditions?

You can see Røde Orm at Moesgaard Museum until July 1st, 2017. Ticket prices are between 95 and 550 DKK. For more information and to buy tickets, visit the website here. 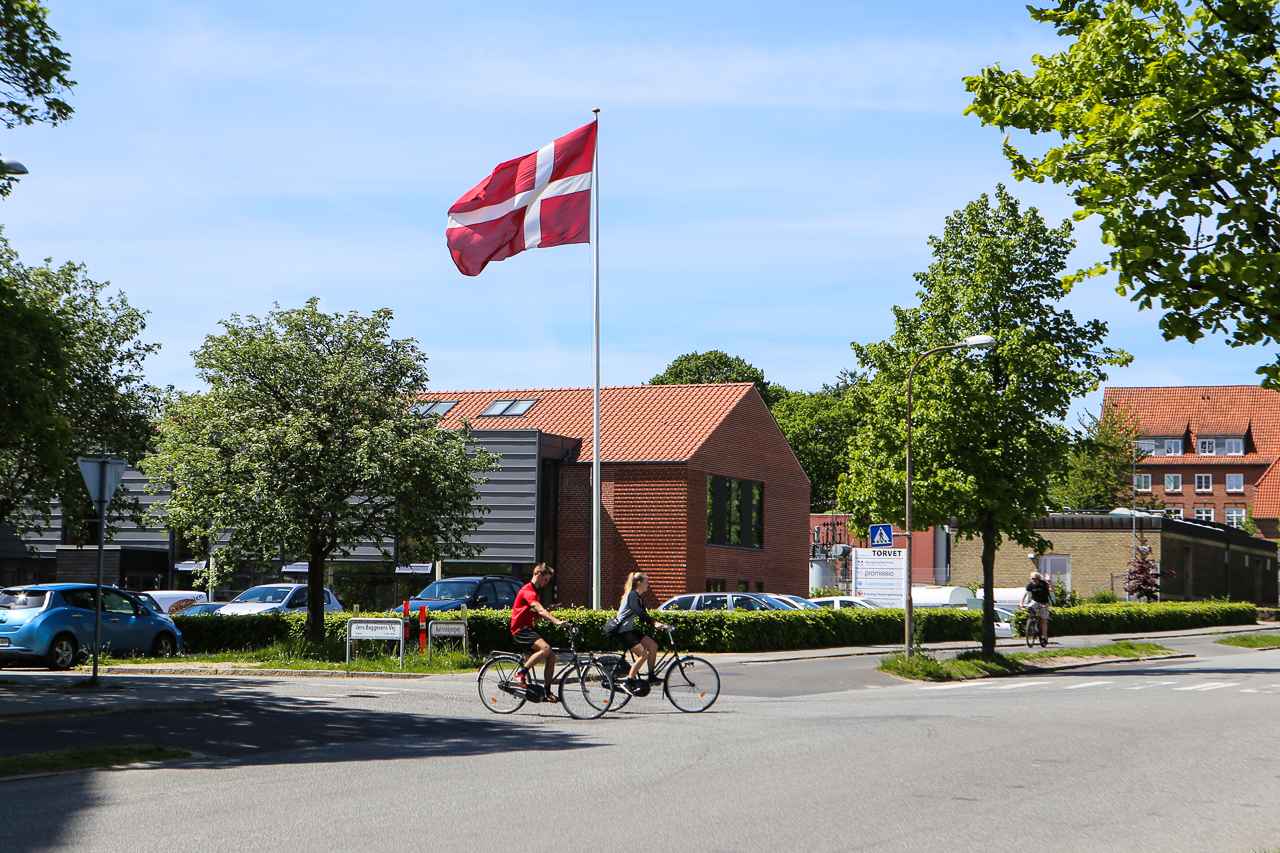 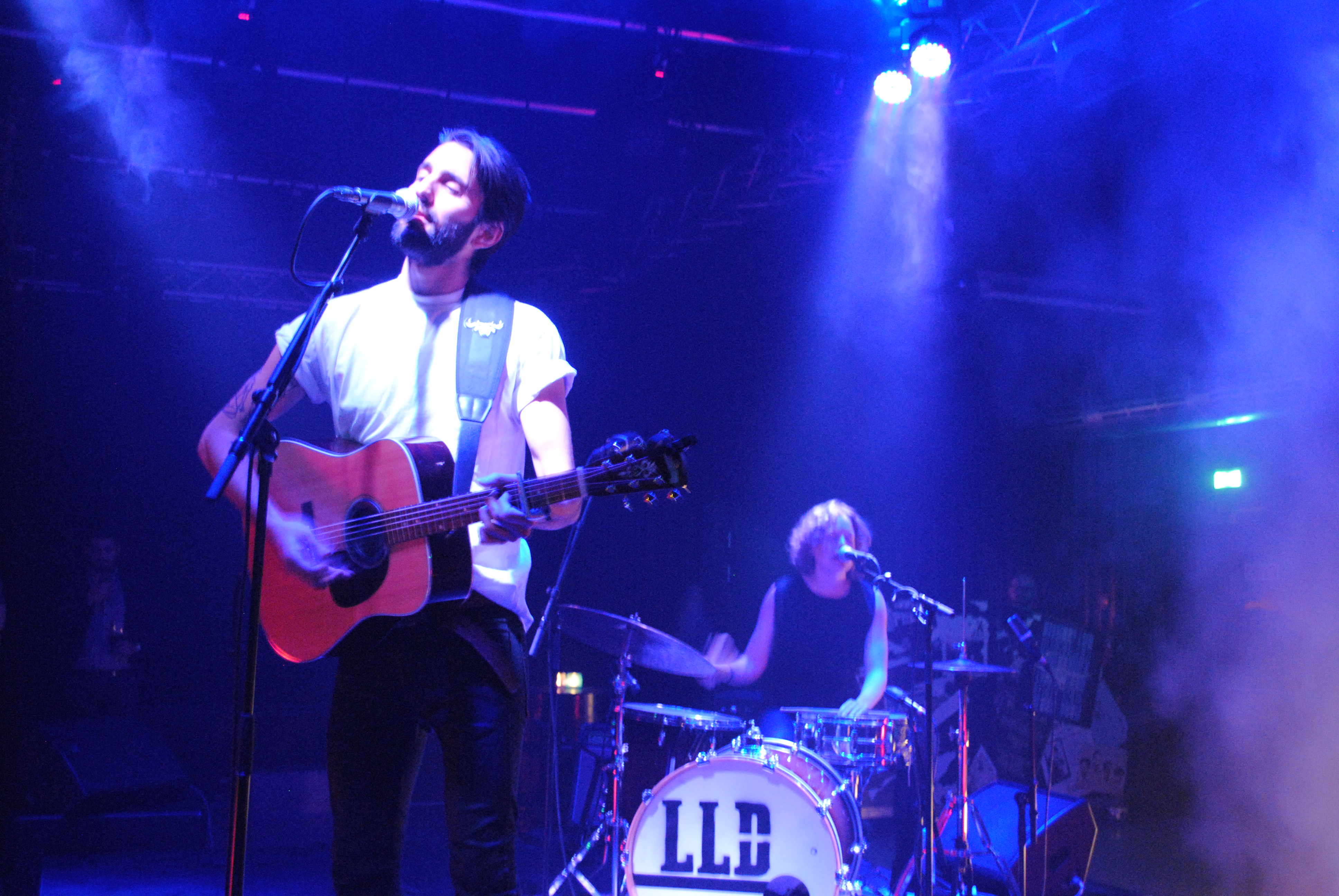 Next article Rising stars of Jutland: Black Dog Howl, not your typical blues »