With the energy and spontaneity of a mad artist, AddisAbabaBand got the audience grooving at Ridehuset on the first day of SPOT Festival 2017.

A 13-member band that fuses jazz, psychedelic rock, funk and afro-grooves was something I couldn’t miss for the life of me. And I wasn’t alone in feeling so. Even before their sound check, the band had a crowd gathered around the stage, waiting in anticipation.

Ever since they started playing seven years ago, the Aarhus-based band has gained a loyal fanbase. “We actually started off quite accidentally. All of us played different instruments and we just came together over a period of time. We started creating these experimental sounds, and I think we are a constantly changing band in terms of our music and our style,” explains Simon Gorm Eskildsen, synth and orgel player. 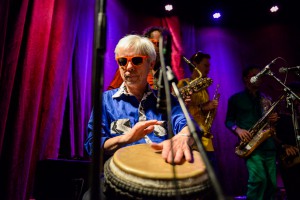 AddisAbabaBand has 13 members playing an assortment of instruments

The band was inspired by Ethiopian-jazz, and it seemed apt to call themselves AddisAbabaBand; popular African musicians Fela Kuti and Ebo Taylor were their main influences. Gorm says, “We were always sure that the band would not have strict music genres. We flow from free jazz to whatever the band members find inspiring. Funk and traditional Afro-grooves have given us a lot of room to experiment.”

Dressed in vivid patchwork shirts in bright oranges, blues and greens, the band made a striking entrance at SPOT Festival on Thursday evening. With just 45 minutes to perform, they lost no time hooking the audience and belting out some of their most energetic tunes. 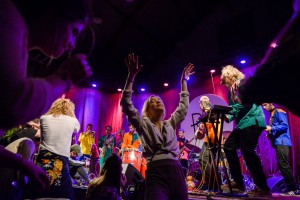 The music is written by the band itself, and their passion is visible in the way the band members enjoy performing amongst themselves. “We are happy to just come together and play our music. It’s great fun to be there on stage and perform with like-minded artists, improvising all along. More importantly, every time we perform, we can see that people are dancing and moving to our music. And that’s exactly what we aim to do – get people grooving!”

In 2014, the band released their first album – in vinyl with hand-painted covers. And with one album already in their belt, the band is set to release two new albums over the coming year. They have been touring across Africa and Europe and are soon set to travel to Brazil. AddisAbabaBand personifies eclectic energy and experimentation in music and has much potential in capturing the hearts and minds of audiences across the world. 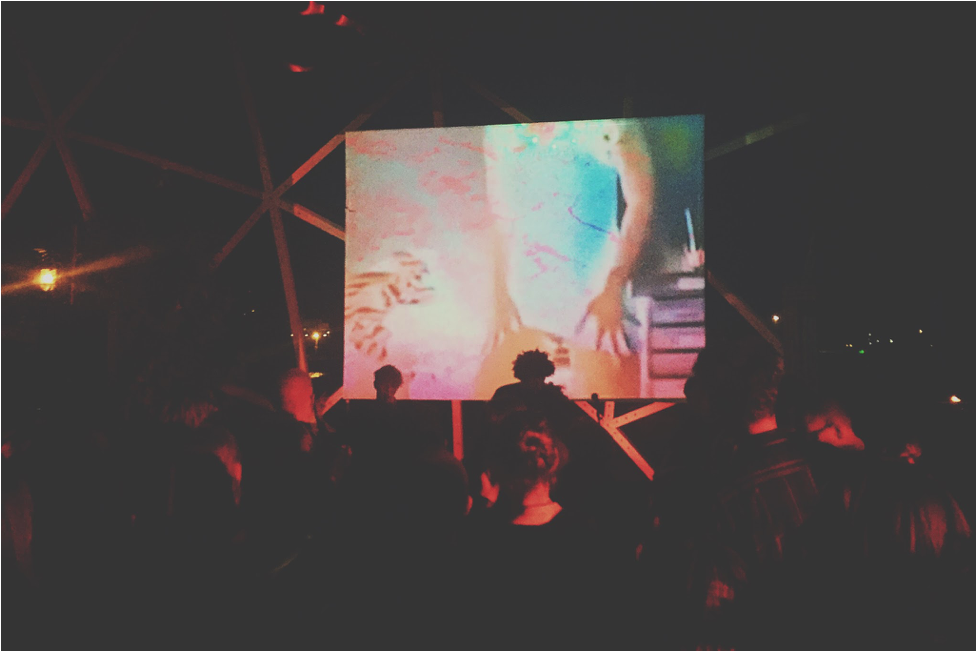 Next article SPOT: Few of Us showcases the future of Scandinavian electronic music »