The name ‘Blood Sweat Drum + Bass’ (BSDB) may sound extravagant when you’ve never experienced the combination of saxophones, trumpets, trombones, guitars and drums that make up the Danish 22-piece band. But if you’ve been lucky enough to see them perform live, you’ll know there could be no better name for this explosive ensemble, made even more magnificent with the addition of Norwegian saxophone overlord and master of rock, Jørgen Munkeby. 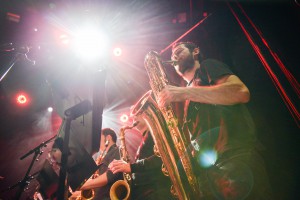 On Friday afternoon the combination of BSDB and Munkeby took to the SPOT stage in Aarhus’ Scandinavian Congress Centre to present a mind-blowing amalgamation of rock, jazz and drum ‘n’ bass that could easily have come straight from a James Bond soundtrack, car races and shootouts galore.

BSDB and Munkeby began their collaboration back in 2007 at Denmark’s Roskilde Festival, and since then have been rocking our stages, producing a live sessions album in 2008. BSDB originally sought out Munkeby after hearing his music, and the collaboration mostly makes arrangements based on his songs. When he isn’t playing with BSDB, he’s usually playing with his own band, Shining. 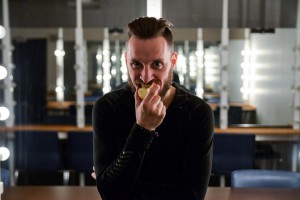 Munkeby munches on an apple post-set

Munkeby began playing saxophone at the young age of nine. “When I was young I did music and I did martial arts, and I did skateboarding. I was always a person who wanted to be good at something… Music is just what I ended up doing,” he says. Also a guitarist, an EWI (electronic wind instrument) player and a singer, he is a true musical genius. He studied at the Norwegian State Academy of Music in Oslo, and now successfully engulfs the stage as he switches between instruments mid-song, none less impressive than the next.

On stage Munkeby executes a passion that makes your very bones tingle. As he throws his head back, tapping away like lightning on the keys of his sax to produce run after run, the audience can’t help but stare in awe, shaking to the beat of the band. 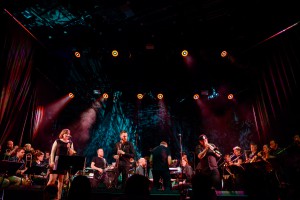 Beside Munkeby on stage this Friday was BSDB’s own vocalist, Turid Guldin, who added an element of mystique to the set with her rich, flowing tones and impressive range. Guldin has a powerful wholesomeness to her voice that was able to transform the music into something otherworldly.

BSDB featuring Jørgen Munkeby was an unexpected, totally wild and unforgettable performance of mind-blowing proportions. And if that sounds as over-the-top as the band’s name, I can only encourage you to go out and see for yourself a collaboration that words can barely describe. The only downside was the size of the audience; anyone at SPOT who didn’t catch this immense performance missed out. 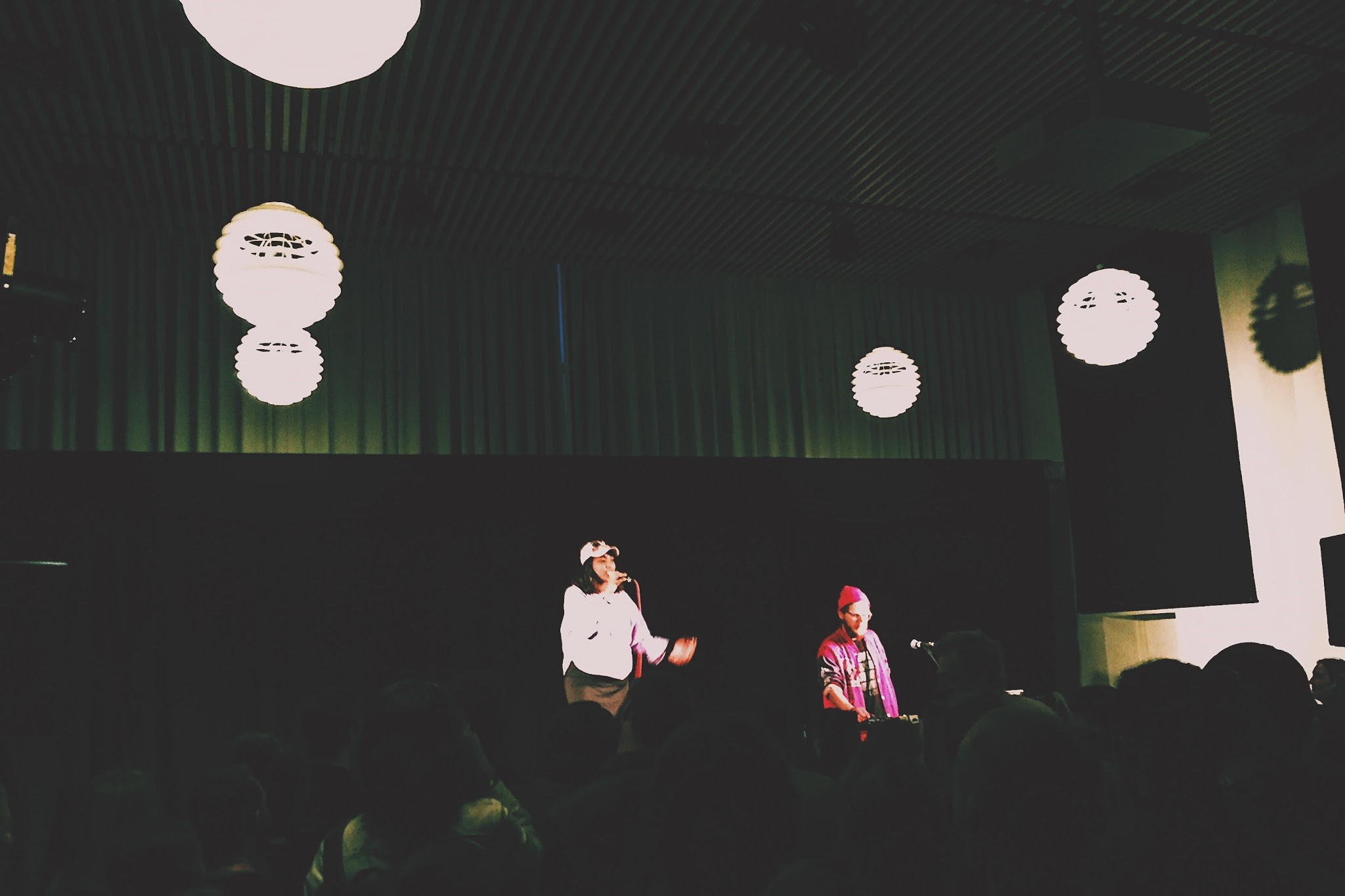 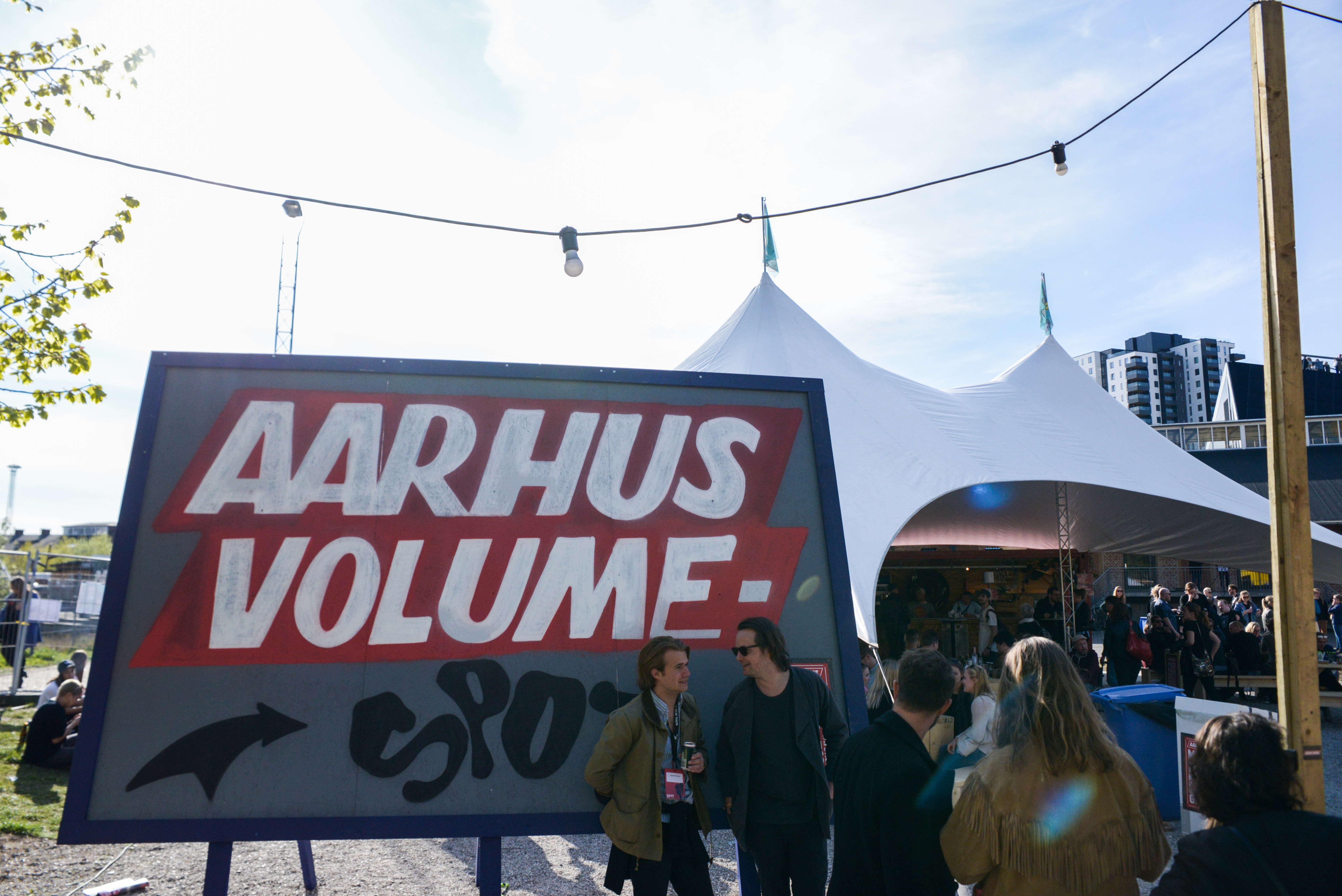