“Have you ever felt so lonely, that you could map it on your body?”

Lowly opens SPOT Festival 2017 with an emotionally captivating performance in the centre of Aarhus.

Filling the atmosphere with reverberating sounds of a choir and ‘noise-pop’ music, Lowly, a local Aarhusian band, opened the much awaited SPOT Festival in Aarhus on Thursday afternoon. With the weather on their side, the band hovered over the Aarhus canal, right in the centre of the city, while locals crowded the stairs to enjoy the concert. 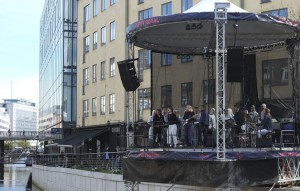 Lowly took to the SPOT ROYAL stage, floating above the water in the centre of the city

Captivating and rich, Lowly’s sound managed to mesmerize the large crowd that collected around the canal, stopping just to listen to the captivating sounds. “I was not expecting a concert right at the canal today, but this has been such a wonderful experience. I have followed Lowly and their music, but seeing them live was such a surreal experience,” said Alton Jenson, a 24-year-old student studying at Aarhus University.

Playing at SPOT Festival again after successfully closing it last year, the band magnificently created the same vibe and attention it did previously, finding similar momentum and popularity amongst the crowd.

While the band’s music was serene by itself, the background choir, dressed in clean suits, added to the layers of the performance, making it powerful and almost hypnotic. The five-member band gained prominence in 2014, but with their newest release Heba they have found international success and recognition. 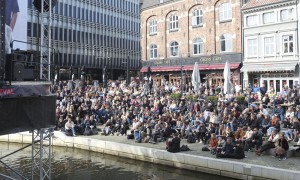 Described as a “uniquely sensual, rhythmic and mesmerising brand of modern pop” by the renowned record label Bella Union, the band played some of its most popular songs, including ‘Mornings’ and ‘Deer Eyes’, from their new album Heba. Even while performing in the open, the band managed to make people get up and swerve to their music.

Being true to her radiant self and voice, lead vocalist Nanna took the mic and the stage and made them her own, owning the space with her moves and her voice. The chemistry between herself and vocalist Soffie was incredible to watch and to listen to. The band came together with powerful drumming by Steffen, and Kasper’s almost sweet melancholic keyboard tunes.

By supporting and giving a stage to Nordic talent, SPOT has previously acted as a platform for up-and-coming artists, resulting in their global rise, which has also been seen in Lowly’s case after their performance at last year’s SPOT.

The sun was on our side for the SPOT opening

“The fact that they were formed right here in Aarhus is very exciting. It is always good to support local artists, especially when they’re so talented”, said Emily Lund, a local from Aarhus now residing in Copenhagen.

With a successful and rather exciting opening, SPOT is up for a good start. 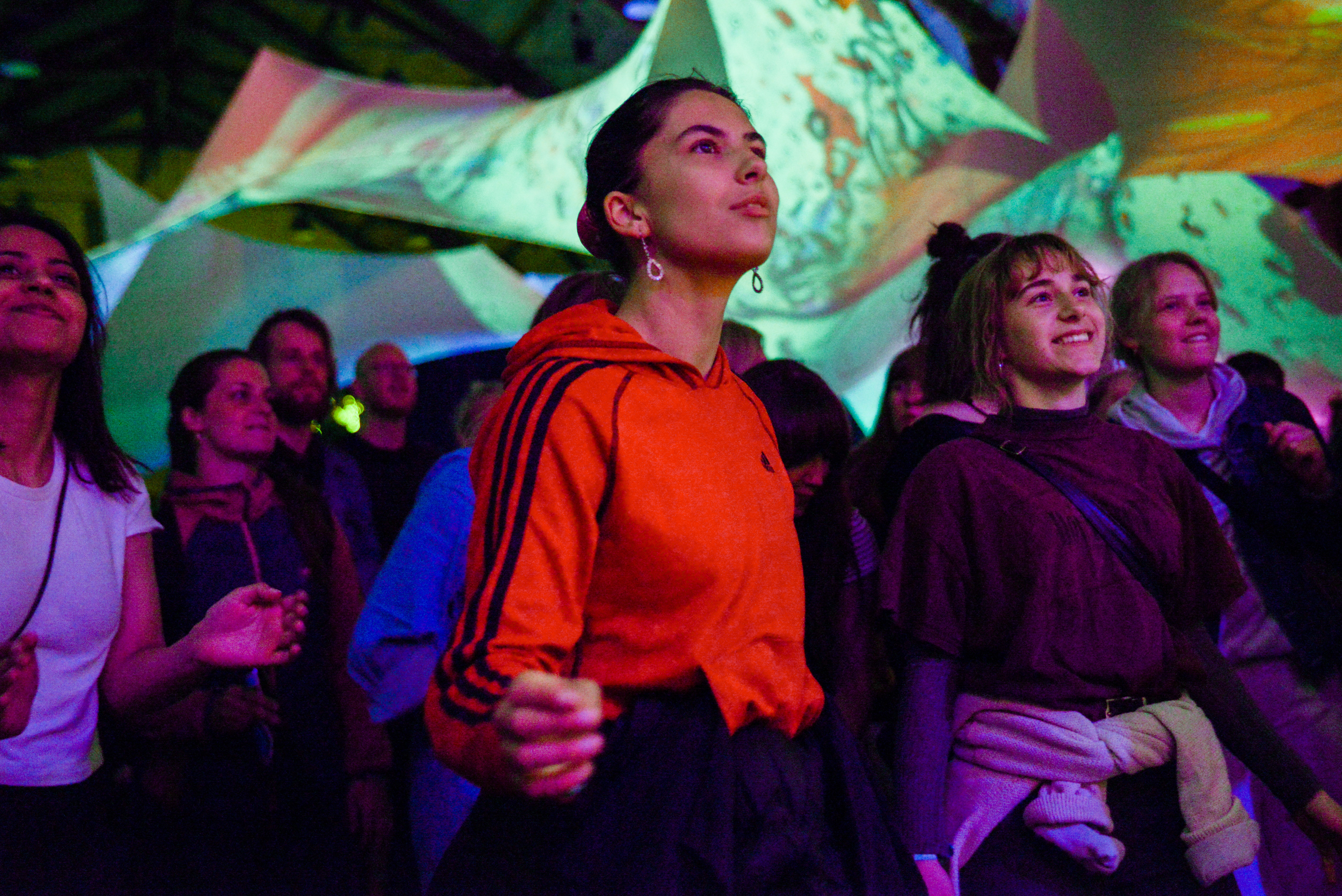 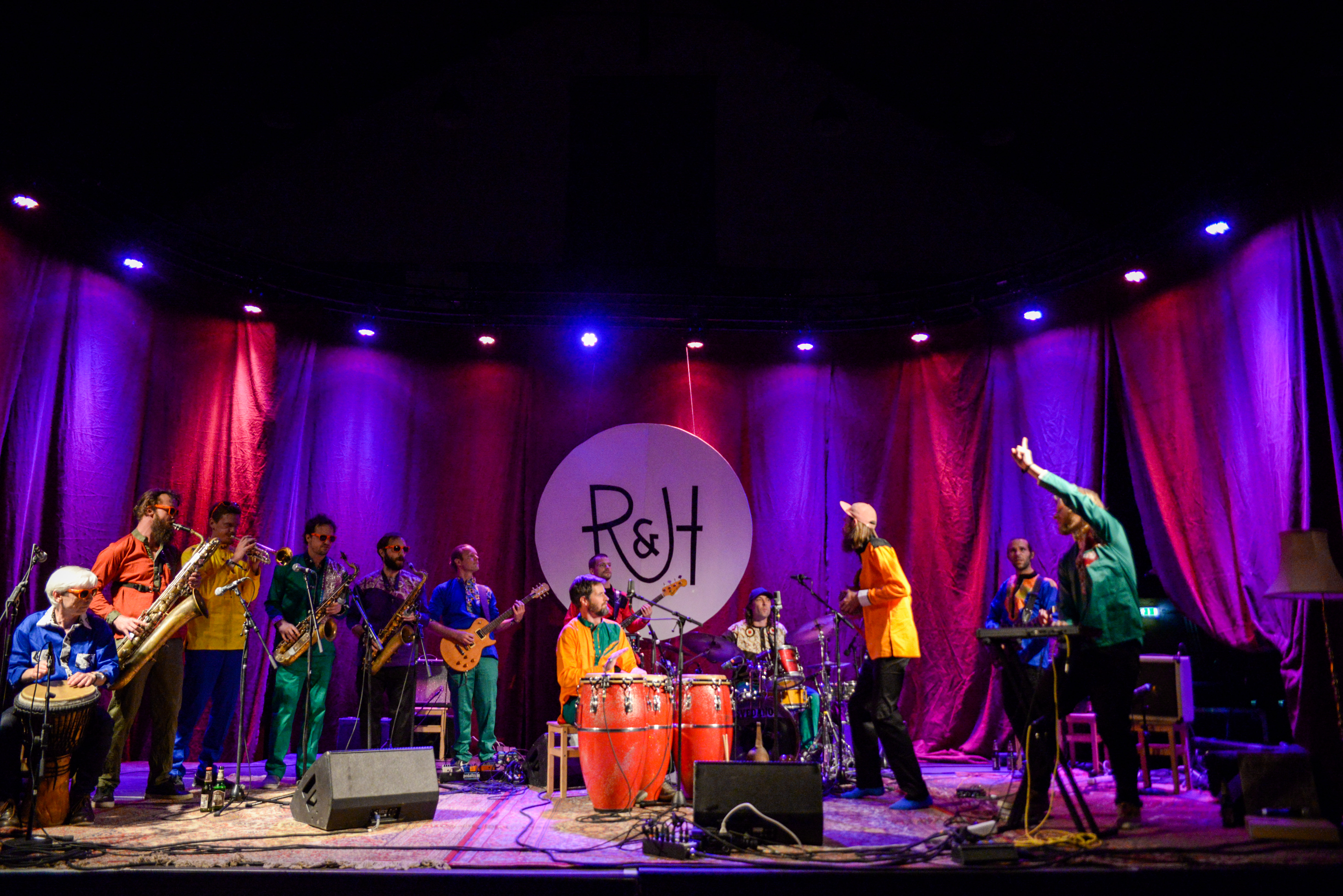 Next article SPOT: Jazz meets Afro-beat and funk with AddisAbabaBand »