Friday night at SPOT saw rap-pop duo Ravi Kumar take to the stage at Musikhuset. Uday Kapur met the pair backstage to talk about their background, their music, and what the future holds.

“I just want to grab a beer and crash on one of these beaten down bean bags,” says Aske Knudson, one half of Aarhus-based rap-pop duo Ravi Kumar. He’s a bag of nerves – anxious to get the day over with. “I was really surprised that you wanted to interview us,” he says. “We thought you were another Indian who had randomly reached out thinking that we’re a real person.” Knudsen, along with vocalist / frontwoman Sharon Kumaraswamy, are instantly likeable – their collective charm dispels any notion of awkwardness that one might feel. Humble almost to a fault, this little-known rap duo are arguably the best act Denmark’s independent music scene has to offer.

Ravi Kumar came together in late-2016 when Kumaraswamy found Knudsen to collaborate on a class project with her at the Royal Academy of Music, Aarhus. “I was in charge of this project where we had to collaborate with the students from the electronic music faculty (Danish Institute of Electronic Music),” says Kumaraswamy. “We really hit it off. At the same time, I had this urge to try my hand at rapping. Naturally, I approached Aske to produce a couple of beats for me, and things just took off from there.”

The duo’s music is reminiscent of Brooklyn-based art-rap trio Das Racist’s best work. Instantly quotable, Kumaraswamy’s lyrics are laced with witty one liners that throw shade at any dudebros that might mistake their act for a saccharine pop act. On ‘Staring At My Dick’, she attacks the mic with ferocious energy, invoking memories of Natalie Portman’s infamous Saturday Night Live sketch: ‘Natalie Raps’. Their second single, titled ‘I Only Make Out With Myself’, is a self-aware and confident paean to braggadocious rap.

Knudsen’s production draws on influence from the global bass scene – combining afro-centric riddims with minimalistic electro-pop / rap soundscapes, similar to those popularised by the likes of Sylvan Esso and Major Lazer. It’s simple and effective – the duo effortlessly bounces off each other’s energy to create songs that are catchy and memorable – perfect for low-key house parties and summer cookouts. On the record, it’s fairly obvious that the duo enjoy a healthy relationship – an essential component for any success that a creative group might achieve.

Ravi Kumar’s globetrotting sound is reflective of the environment that Knudsen and Kumaraswamy have grown up in. Born to a family of Sri Lankan Tamil refugees, Kumaraswamy was constantly on the move. They finally settled down in her teens, making Aarhus their home. “It was interesting,” she says. “I don’t remember specific details, but I remember that there was always a vibrant and colourful atmosphere. We were surrounded by culture – my parents used to listen to music all the time and my mum is a trained Sri Lankan classical dancer. There’s this thing in Sri Lankan families – every kid must learn at least one musical instrument, so obviously I had to learn one as well. That gave me my start as a musician, and now I’ve named my band after one of them!”

The duo’s name is an ode to Kumaraswamy’s father. “He’s one hell of a character,” says Kumaraswamy. “A legend! He’s a really nice, outgoing guy with a huge temper – like a hero with an edge.” Ravi Kumar, I tell them, is the archetypical name for a Bollywood hero in the 1970’s – a morally strong character with a dark streak. “That’s a suitable description of our music,” says Knudsen.

At this point, the duo’s growing anxiety is palpable. “This is only our second official performance,” says Kumaraswamy. “We’ve performed at a few open mics and house / college parties for friends. This [SPOT] is our biggest show yet.”

At night, the venue where they’re scheduled to perform is packed to the brim. For a relatively young act that isn’t a regular on the local touring circuit, Ravi Kumar have developed quite a buzz. The duo have the crowd energised and engaged from the get go. Kumaraswamy, rocking a snapback and a traditional pottu, is a natural on stage – delivering a riveting performance that had the audience eating out of the palm of her hand. She was everything one looks for in a vocalist – composed, hilarious and charming, constantly engaging with and involving her audience in the show.

This provided the duo with the perfect platform to showcase their talent. Their criminally short set – I clocked it at around 20 minutes – was a standout at SPOT 2017. Ravi Kumar are a joy to watch live – their infectious energy and catchy, internet-ready hooks are destined for a bigger stage. Based on their performance last night, Ravi Kumar may soon find themselves competing with other great Danish artists such as Alo Wala and Kill J.

However, their attitude towards achieving mainstream success is ambivalent at best. “Our primary aim is to have fun,” says Knudsen. “Spontaneity and ‘fun’ play a pivotal role in our songwriting process. Our approach is simple – if we’re having a good time doing something, then we will follow that path and see what comes out of it. That’s our guiding principle, and we hope people identify with it.”

In an industry where competition is fierce and demands for achieving immediate and everlasting success lay an enormous burden on an artist’s shoulder, the importance of having fun is often lost in the creative process. Few artists ever find that joy again. However, Ravi Kumar seem to have discovered a workflow that places happiness at its centre – thus building a solid foundation that can act as a springboard for a very promising future. 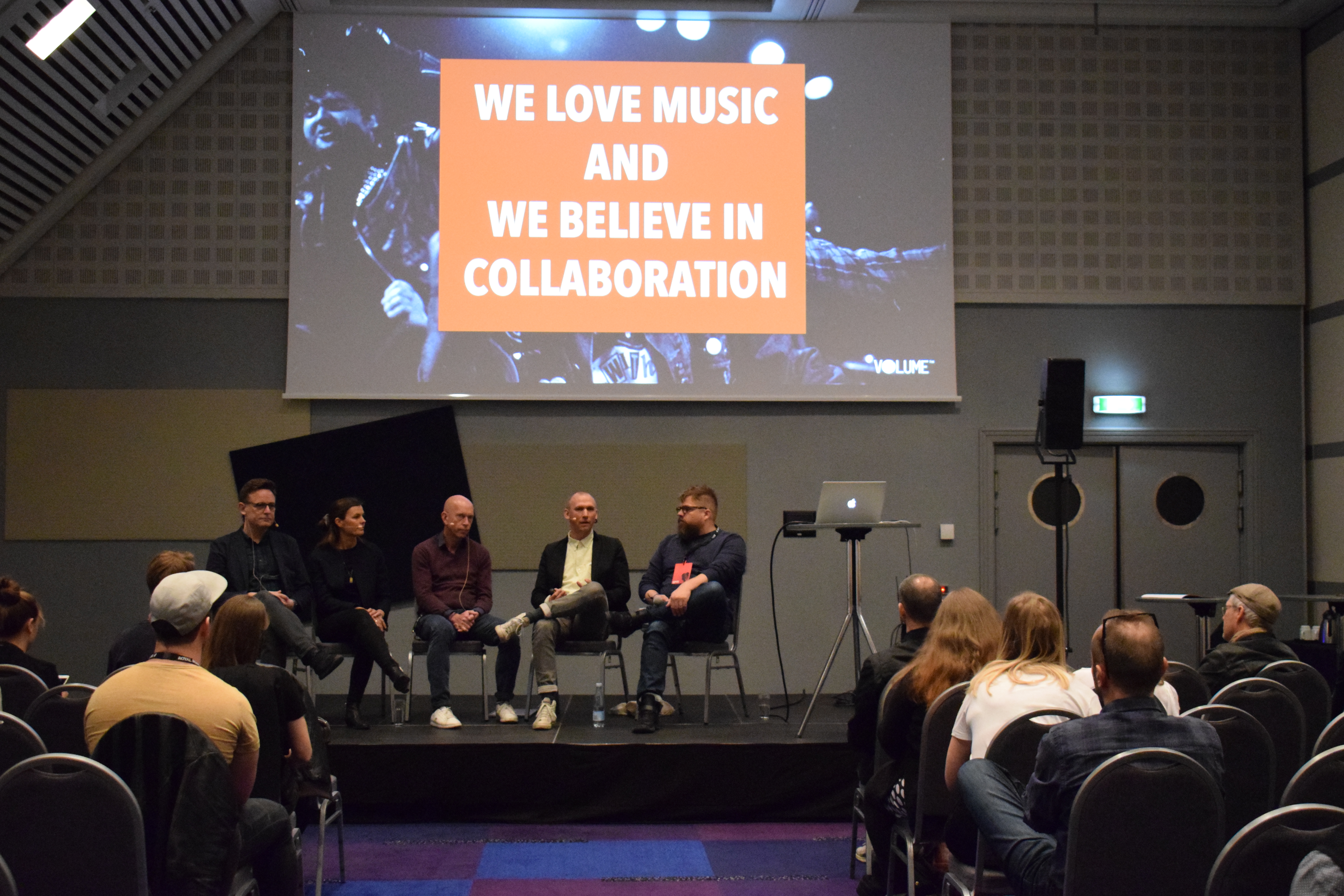 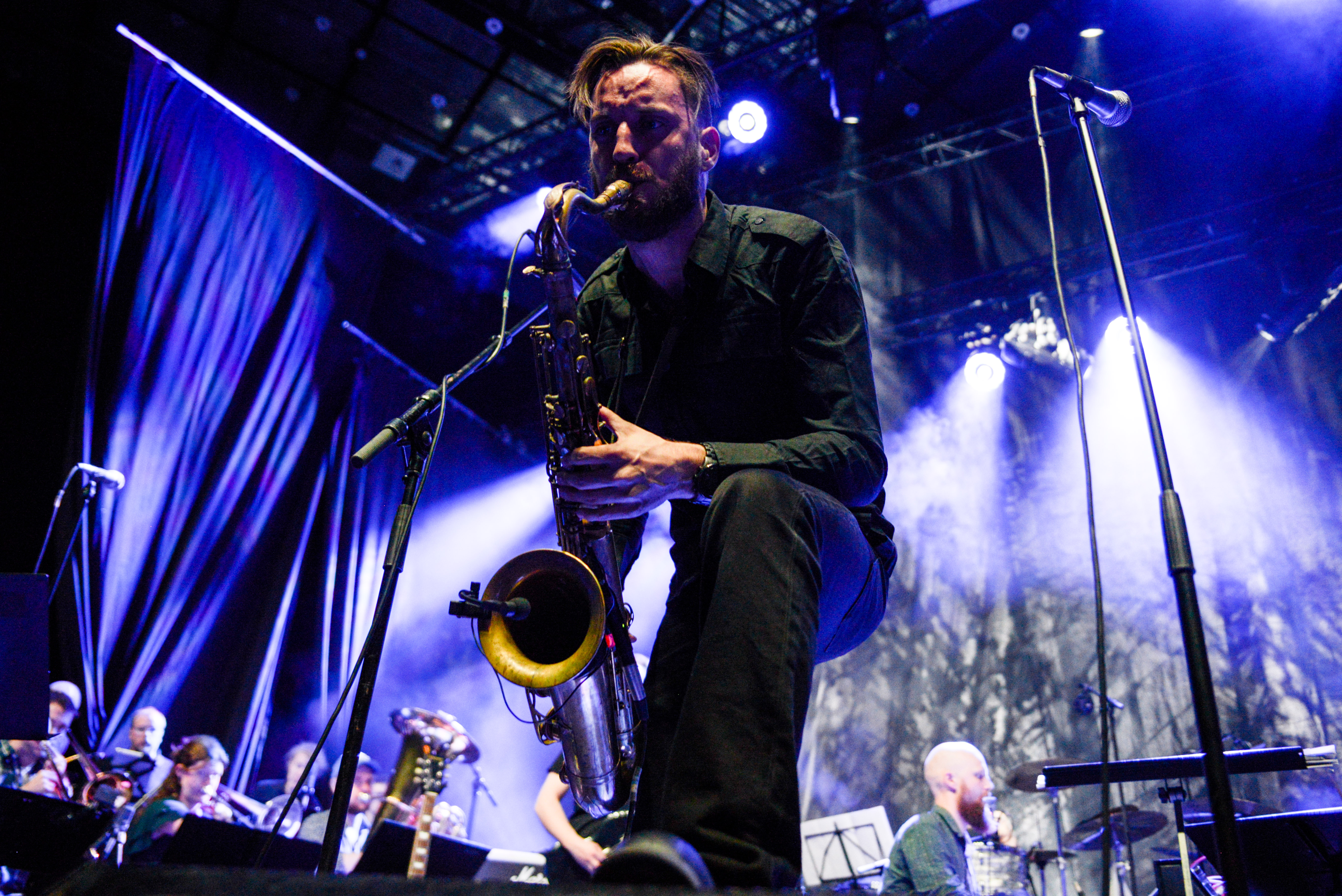 Next article SPOT: Nothing less than Blood Sweat Drum + Bass »