The most well-known Irish bar in Aarhus will celebrate St. Patrick’s Day by presenting its two new rooms at their grand opening this weekend.

“St. Patrick’s is just the best day of the year. It does not matter where are you from: everybody is happy being Irish on March 17th,” says Andreas Madariaga Ruigrok –owner and founder of one of the most well-known spots in the city for internationals: the Irish pub Tír Na nÓg, which will brand open this Friday their new offer for having fun in Aarhus. Because, despite rumours, no, it’s not going to disappear. It’s going to expand.

After Friday 17th, Tír Na nÓg will become the umbrella brand of a company which oversees two bars with different styles and concepts in Aarhus. One beside the other on Frederiksgade, The Tap Room is the renovated version of the old bar, and The Merchant Room is a completely new space, double the size of The Tap Room, with different areas and innovative proposals for a wider public as a coffee station or a barber shop.

For commemorating this expansion, Ruigrok and his 20-strong team have organised a complete opening weekend full of live music, drinks, football and surprises, with the party starting on St. Patrick’s Day itself – “the busiest and funniest day for us,” in the owner’s words. Moreover, the first 500 guests to arrive at The Merchant Room from 15:00 on Friday will receive a free beer. Are you ready to celebrate in the ‘Land of Eternal Youth’ ( Tír Na nÓg’s literal translation)? 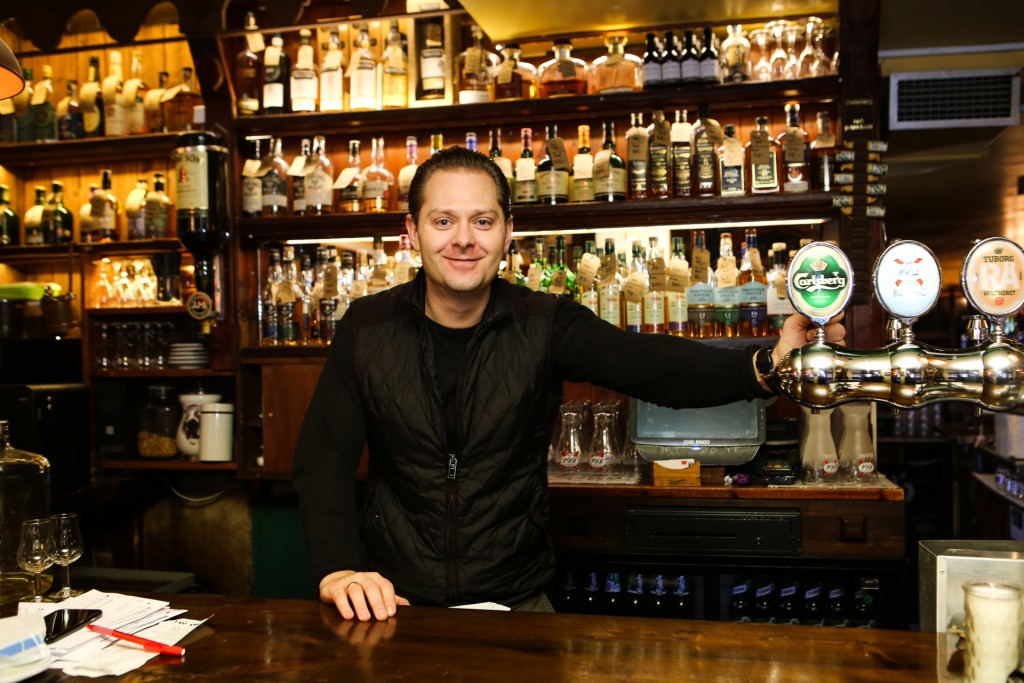 Old times, new times
It all started years ago, when Ruigrok was celebrating both his 18th birthday and St. Patrick’s Day, sharing a couple of beers with his father, who’s from Dublin, in an Irish bar in Aarhus. He asked if they were looking for staff, and fleetingly began working there as a dishwasher. When the place closed, he kept trying his luck, addressing his roots in Irish bars and continuing to work as a bartender in other bars.

Soon, he realised that he wanted his own place. Along with another bartender, Ruigrok decided to use his experience to create a traditional yet unique Irish pub in Aarhus. In 2004 Tír Na nÓg opened its doors, inspired in a phrase from the Celtic mythology. Five years later, Ruigrok and his partner decided to follow different paths, but the bar has remained a great success among locals and internationals.

In 2017, it was time for a new and more modern Nordic adaptation of the traditional Irish tavern in order to reach more people. “I could see that with our old room we were not really flexible. It is cosy, but you can never arrange a private party or a big football match on TV without interfering with others’ activities, like the Thursday quiz, for example.” Thus the idea of buying the empty building next door came to his mind. 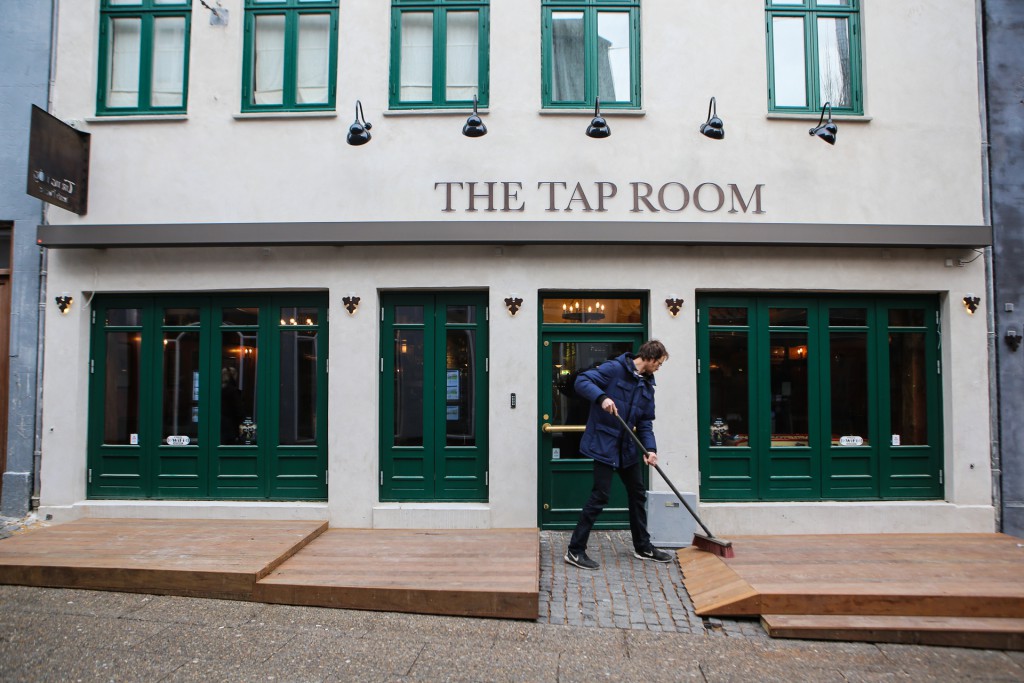 The Tap Room, finished in time for the grand opening on Friday 17th March

The Tap Room
“It’s actually a lot of harder to come up with a name than you might think. You come up with something, but later you change it a thousand times,” remembers Ruigrok. However, to him, coming up with ‘The Tap Room’ was easier, and relates to the 25 beer taps on the bar. “Lots of people were afraid of us closing, and now they say that we cannot change the essence of Tír Na nÓg. So, we want to keep it very traditional,” he explains.

Because of that, the style in The Tap Room will remain in the so-called cottage or country style traditional to Irish pubs. The front, which was around 13 years old and a yellow colour before, has been renovated. And, things that worked before will be kept, including  the weekly quiz, football screenings and live music.

“Every week the staff grade musicians who play here and we have new ones; some of them stay, others not, because even when they are really good musicians, they have to fit in the profile. We hold on to the best people for us,” he explains. 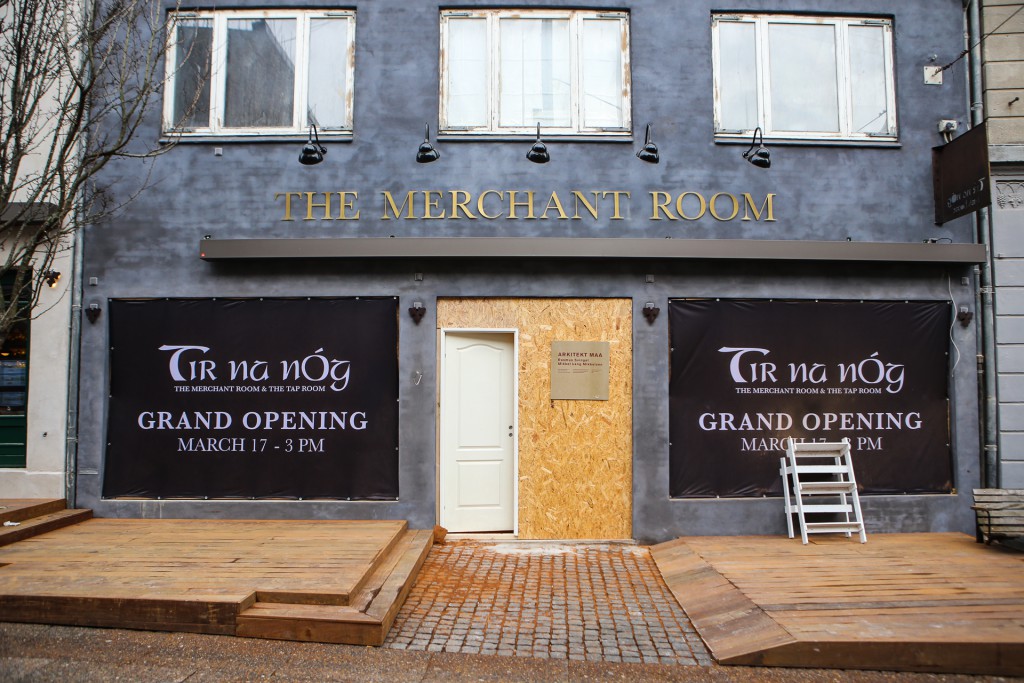 Discover the tap cocktails in the new Merchant Room

The Merchant Room
As it is still difficult to know what it’s going to evolve into, Ruigrok chose a global name: The Merchant Room. “We have to see how it goes and what the atmosphere is. However, the word ‘Merchant’ made me think about the trade with the Far East back in the days,” he explains. It will open during weekdays at 08:00, and on weekends at 10:00.

In The Merchant Room, visitors can have a coffee in the Coffee Station and stare at the natural plants that grow in the wall, or have a hot towel shave or a haircut while enjoying a complementary drink. Others can relax with a newspaper or one of the many books that will be dotted around the room.

Before embarking in this adventure, Ruigrok visited Dublin, Boston and New York to get inspiration for the new space,  which resulted in the feeling of a traditional Irish tavern mixed with a more Nordic and modern environment. Alongside beer and one of the largest selections of Irish whiskey in Denmark, cocktails on tap will be the main event at the brand new bar.“We will prepare them during the week and store them fresh in caves, so we can serve them quickly. We can host 350 people just in this room, so we have to be sure that we will always be able to keep up with serving,” he points out. 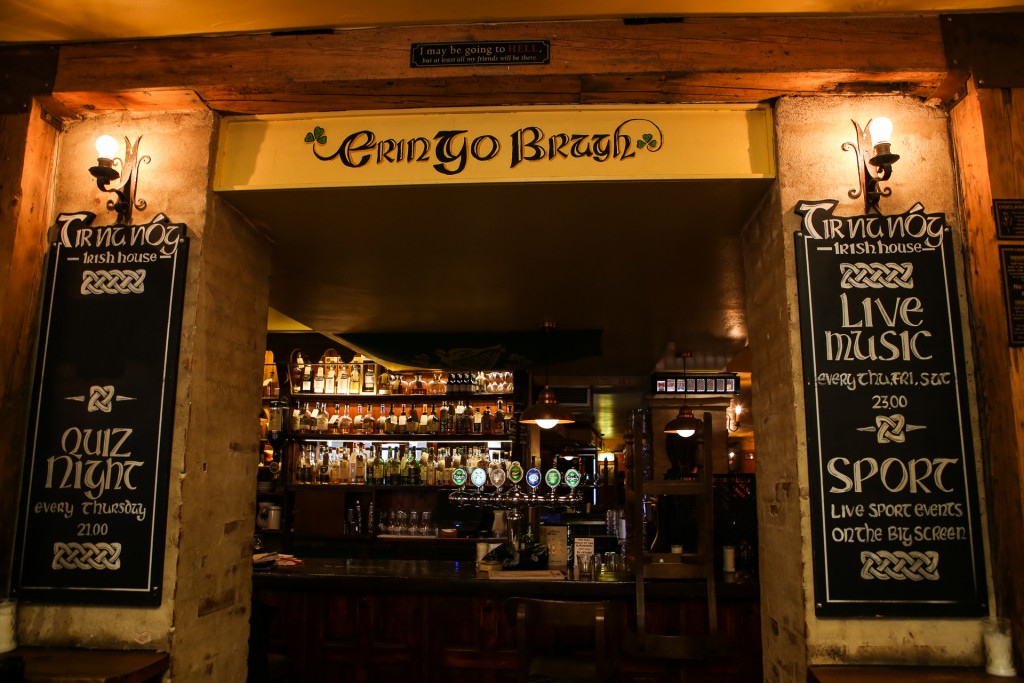 Don’t miss out on the best party of the year; stop by Tír Na nÓg on St. Patrick’s Day

For guests to the The Merchant Room, the cocktails on tap are a must. “I think we are the first ones in Aarhus to do it, although it is a big thing now in the United States and also in Copenhagen,” he says.

However, you always must order a Guinness. “While you wait the 119 seconds that this beer needs to settle, you can order a smooth, sweet Irish whiskey. Everybody can drink it!,” he adds.

Both The Tap Room and The Merchant Room will be open for about 24 hours, from 08:00 to 05:00. “Come early in the morning, and if you’re hungry grab a menu from our partners at The Burger Shack, and enjoy the whole day. You can save your rent and live here!,” jokes Ruigrok.

St. Patrick’s Day is Tír Na nÓg’s busiest of the year. Especially this year, when they have more than one reason to celebrate. Warm up in The Tap Room from 10:00 on Friday, and move to The Merchant Room to join the live DJ from 15:00.

Since tradition says that everybody must be dressed in green, start getting your best Irish outfit ready.

You can find out more about Tír Na nÓg’s opening weekend on the Facebook event. 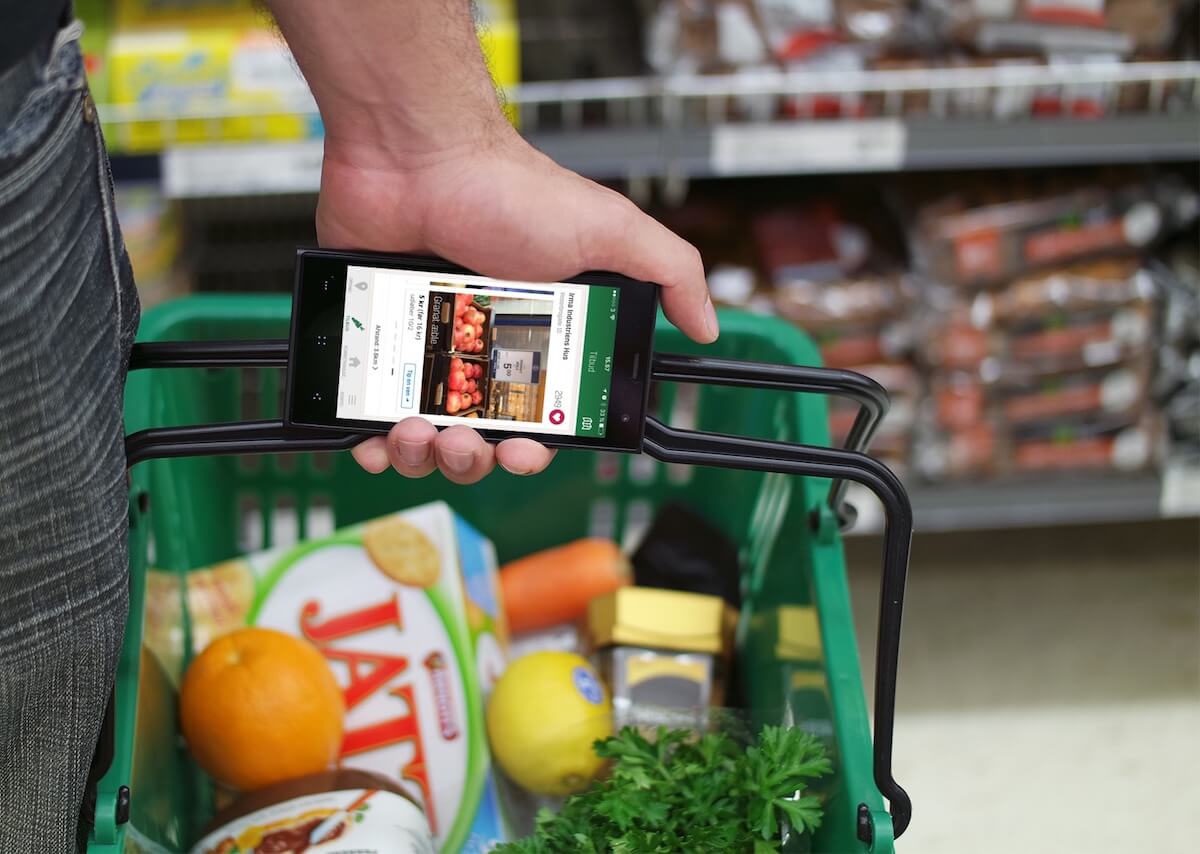 Next article WHO KILLED BAMBI & Therese Aune: Musical treats in a lounge of curiosities »